What's on your mind?

Elise throughout the series was the damsel in distress but in Hajimeri the girl doesn’t require help anymore.

I don’t understand why the game treated her like a Damsel in trails of cold steel 2 she wanted to fight.

The question is whether Elise is highly skilled or not to require no help because I can fathom the girl beating the foes that her brother fights.

Estelle has a clear relationship but why is Rean different than others.

幸せの石 or the Stone of Happiness firstly introduced in Sky 3rd, one of the Moon's Door. And then it appears in Hajimari/Reverie on one of the episodes. Do you think it'll be canon stuff that'll become an important plot in the future?

I actually like this pairing myself anything allowed except Alisia.

Fie has grown from that small girl in the beginning and I especially like the humor of the Zephyr people trying to kill Rean if he does anything bad to her.

The scene was nice overall on the pairing but there was no intimate scenes implied compared to others like Laura or Alicia.

Here's how I see. The Sky trilogy ranged from FC to 3rd, Cold Steel tetralogy from CS1 to CS4. Looking back at Zero and Azure, does Reverie count as the epilogue since the story started and ended in Crossbell??

The Legend of Heroes: Trails into ReverieCrossbell arc

I noticed this with Estelle and Elise herself the creator of this game must love this.

I actually think as a great pairing for Rean all things considered.

I think some characters should either have died, stayed as NPC/guests or not existed at all.

Elliot, Laura and Millium, for instance, shouldn't have been part of class VII, or, in case of Millium, I'd even prefer if she didn't exist at all.

Elliot's arc is something focused on music and honestly very forgettable and not plot-relevant at all, and also completely pointless, as he still plays music in his free time and manages to become a musician in CS3. True, Olaf is a badass, and hilarious too, but we don't need an additional playable character just to care more for him. Elliot should have been a guest in Heimdallr and escort you for the arc, like Sara does in Garrelia and Angelica does in Roer. Laura is also as unremarkable as Elliot, if not more. She could have been an occasional guest from another class (and maybe a guest in Legram), and Victor's death would have given her a few more bits of characterization.

Millium, on the other hand, I'd have preferred if she didn't exist. True, Millium has a connection with the very plot-centric Altina, but Altina gets a hella lot of development and character growth while Millium does not, and Altina could have actually fulfilled her role by herself and ultimately sacrificed herself to become a sword, without any cheap way to have her back. Then, if Millium is an Ironblood and indefinitely replicable, why did Claire and Lechter kidnap Altina instead of using Millium and then cloning her? That resurrection is a cop-out, and that comes from a series that nailed resurrections perfectly with Crow and Osborne. If it were for me, I'd have Altina sacrifice herself (for real) at the end of CS3.

Having someone resurrect after having been used for the sword would have worked if the resurrection (backup of her personality) was handled similarly to how ASOIAF does resurrections: after resurrecting, her personality is no longer the same as the one she had before, she lost part of her memories, and is obsessively focused on what she was doing before dying. Altina or Millium's personality being backed up in another body would work, but it needs to be corrupted and overall not exactly the same as before. If Millium never existed and Altina was used this way, her arc would only be furthered by the conflicting state of having been a robot, and her newly-found emotions being corrupted: Rean would have to try even harder to make her finally gain humanity, possibly furthering her arc until Hajimari and making her the de-facto protagonist of the "Western Erebonia arc".

Resurrection must have a price to pay. Crow in his first resurrection had one: that he would die again once Ordine is absorbed or the Great Twilight ends. Or it would have if they didn't find a bullshit excuse to circumvent it.

To people saying Gaius shouldn't exist, I think Gaius needs to stay, and be in Class VII, as he brings a new perspective and allows us to see a foreign culture with a huge relevance in the worldbuilding (Dreichels started seeking warriors in Nord). Not to mention his Stigma. Not to mention that I liked his personality and his devotion to nature and wind. He's basically Elliot and Laura done right, and if they didn't exist (or were NPCs) he would just get better.

I also think Sara should have died in CS1, against C (either in Roer or in Trista at the end). She's a mentor figure, and her death would leave Class VII on their own, forced to experience the harsh world around them without any mentor figure to protect them. This would be the foundation of a character arc in Rean, who should have realized he can't save everyone, someone has to die and there isn't any way to avoid it. Being killed by Crow (her supposed student) would make C even more threatening and Rean's rivalry against him being in order to avenge Sara would make Rean feel conflicted whether or not he should forgive him.

In CS2, Scarlet should have died. As I said, Rean should have learnt he can't save everybody, and as such not go out of his way to save Scarlet. After all, she doesn't even appear in future games, so her living is absolutely pointless.

In CS3, Angelica should have died for real. Likewise should Toval and Victor (not Olivert as he's the series' Cid, so at least once in every arc he must appear).

In CS4, I would have had the party actually kill Lechter, Claire and maybe even Sharon and George. Also Crow. The first resurrection was really well-written, but Crow technically lives on borrowed time now, Rean knows it, and it would have been better if there wasn't any way to prevent his second death. George, as a reluctant villain as he has always been, would want to kill himself for what he has done.

I did love the CS games, but I think it's strange that everyone is so easily forgiven.

What would you think?

This Friday, May 28th, Fandom Staff will be hosting the very first event of a series called The Downstream.

This is a Twitch stream that will give updates on FandomDesktop, the Fandom brand, and Fanatical, along with conversations with various company teams.

Check this blog post for the details if you want to join us. Hope we'll see you there! :)

I just finished the true ending of Cold Steel 4, and I saw a walkthrough video of a streamer who skipped the (???) quest and only got the normal ending. After they load the save data before the battle with Osborne, they warp to the outer side of the dungeon (Tuatha de dannan or something?) and found a little purple(or is it red?) portal.

When Rean touches it, there's a text box told the player they can change the fate to a certain extent, and then there's a voice said "Now go" (I guess if I'm not mistaken) then Rean back to the past and got call from Toval(the beginning of the secret quest).

My first guess about that voice, is that the Aidios' voice? Or maybe (Idk why I thought of this), Ouroboros' Grandmaster...? (Whose voice is that? (If you know the voice actor EN and JP that'd be great too).

Alfin is a very attractive girl by the way so there is no shame in doing this but what can she give Rean other than Bragging rights.

I am glad that she took time to get trained because she was the popular damsel in distress in the series next to Alfin.

There is a treasure chest on Oltapia Forest Continent the second mission, which titled "Lakeside Tree Path" I am trying to get the green treasure chest, however there is a big trunk of tree covering my way, and Nayuta will say after this dialogue "...Hmm, this is hard and it doesn't look like I can break it"

I want to know if the chest can be claim or not, I can feel that there must be a strategy that can use or maybe a weapon. I also have a strong feeling that it can be break by a weapon called "Short sword" "Puriesta" or "Legion knife"

The Legend of Nayuta: Boundless Trails

I want to know if they have a pairing for him or not.

The rumors stated that this would given Rean too much power as a Duke.

If the Witches and the Gnomes are the Kin of Fire and the Kin of Earth respectively, would that make the Alchemists of Crossbell the Kin of Mirage? Furthermore, if Luciola of Ouroboros can conjure monsters made out of mist, then her family may be of the Kin of Water. 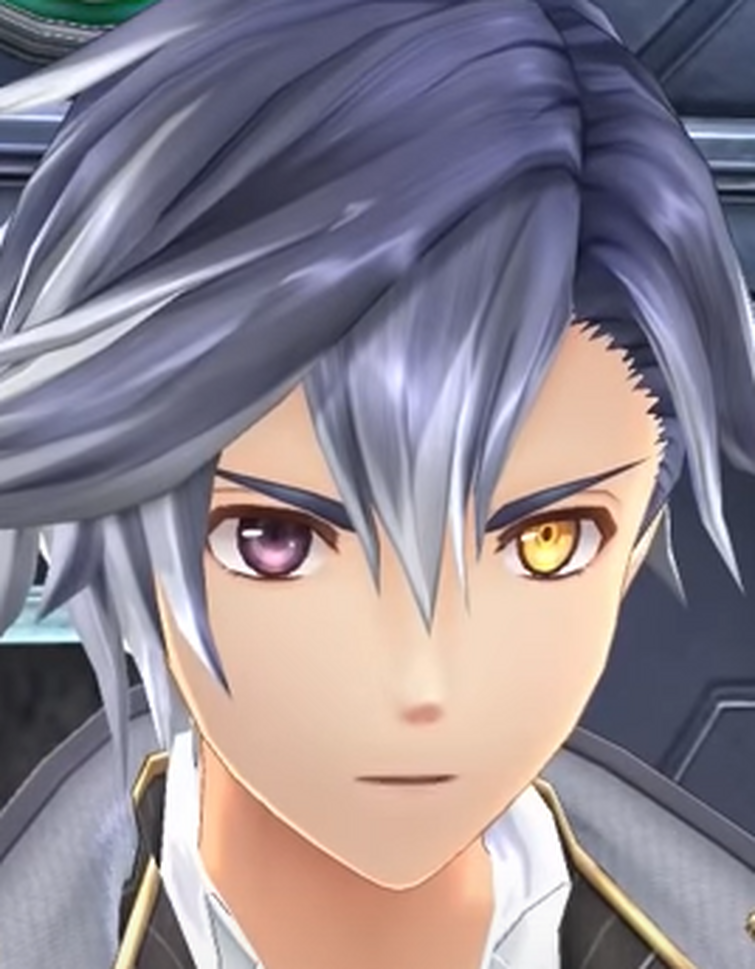 I’m trying to get the game from the JP store does it have English subtitles?

The Legend of Heroes: Trails into Reverie

Please tell me and thank you in advance