View source
watch 02:17
New Pokemon Games - The Loop
Do you like this video?
Play Sound

Water
v · e
Abbas (アッバス) is the right hand of Wazy Hemisphere and subleader of the Testaments.

Abbas is an incredibly large and muscular man with darker skin and a bald head. He usually wears small round spectacles which balance on his nose. He wears a high collar long blue coat belted around his chest over a loosely buttoned white shirt. He also wears black trousers with blue front tail attachments and light blue boots. When in his true uniform, he swaps out for a white version of his getup, with a black form fitting under shirt and a slightly smaller collar.

Despite his silent and cold attitude, Abbas is actually a fairly normal man. he enjoys hobbies such as sewing, Orbal computer games and making cocktails in the bar.

He independently studied and mastered martial arts passed down in the Middle-East of Zemuria.

Abbas is responsible for running the pool bar Trinity in Downtown District in Crossbell City and managing the members of the Testaments. When Wazy temporarily leaves the testament,s he leaves them in the care of Abbas.

In Trails to Azure, it is revealed that Abbas is actually a Knight with the Gralsritter of the Septian Church, still serving as the right hand of Dominion Wazy Hemisphere. He appears alongside Wazy after Lloyd escapes from Knox prison, and offers his assistance along with other Knights of the Church.

During the Crossbell City Attack, he came into action to hold off the demon metamorphosis Wald Wales.

After the Azure Tree disappeared, Abbas returned to Arteria. He visited Crossbell again after its Imperial occupation in S.1207.

Abbas does not physically appear, but Wazy mentions he is training new recruits and that he cannot wait to see him again. 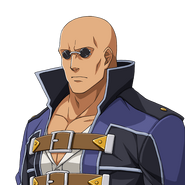 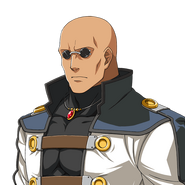 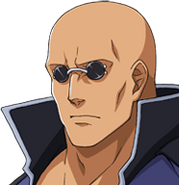 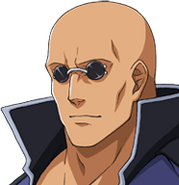 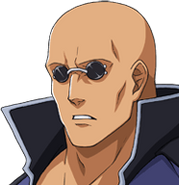 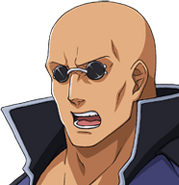 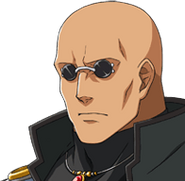 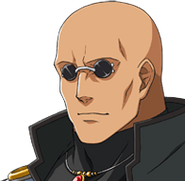 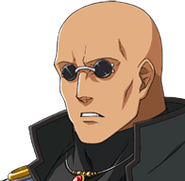 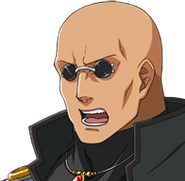