Dudley is a tall man with slick combed green hair and brown eyes beneath thick framed glasses. He wears a pale blue collared shirt with a purple vest and a two piece royal blue suit. He carries an orbal pistol for use in combat, with the holster slung over his shoulder and beneath his suit jacket. Dudley has a smart plain red tie which is clipped to his shirt.

As the Special Agent in Charge of the First Division, Dudley has both an incredibly bright mind as well as exceptional skills with an orbal gun. His strong sense for justice makes him incredibly proud and determined to never lose.

Although he never got along with his former colleague Guy Bannings, which led to numerous clashes, Dudley recognized Guy's exceptional skills as a detective and regarded his death as an immense loss for the Crossbell Police Department.

As the political strife between Erebonia and Calvard led to the work of mafia organisations and spies within Crossbellan borders, Dudley considered Crossbell City as a place that had failed to protect its forms of justice. Fed up with the rule of criminal behavior, he considered it the duty of his First Division to maintain law and order.

His short temper also shows whenever the Special Support Section's work crosses Dudley's line of duty, as their amateurism bothers him greatly. His collaboration with the SSS also shows his caring side, since he regularly helps out the inexperienced investigators. When his work requires him to team up with them, he is flexible enough and willing to acknowledge their growth over the course of events.

When his higher-ups, under pressure of the mafia, demanded he would end his investigation on Gnosis trafficking, he had a hard time dealing with their injustice and was advised by Sergei Lou to distance himself from his superiors. Reluctantly but for the higher goal of justice, he continued to collaborate with the Special Support Section. After the Cult Incident, Dudley acknowledges Lloyd Bannings' growth and advised him to aim for police detective not for Guy, but for himself.

Driven by a sense of justice, Dudley first joined with the liberation movement to free Crossbell from the reign of President Dieter Crois. One month later, after Erebonia subsequently occupied and annexed Crossbell, Dudley joined the resistance.

Dudley takes care of investigating thedebris and aftermath of the operation to oust the Imperial Defence Force from Crossbell, working in tandem with Machias Regnitz and the Imperial Inspectorate. They both have a similar routine, taking Black Coffee in the same bar. When illicit activity stops shipments of their favourite coffee blend, they team up to find justice and stop the culprits; the conman Minneth and the counterfeit goods saleswoman from Calvard.

Dudley meets the SSS in the lead-up to the re-independence ceremony. he was originally against their plan to break into n the tower but gave up, stating he'd go insane if she wrote up every thing the SSS doesn't do by the book. He is the one who contacts the SSS to investigate the Geofront sector below the law office. he is present when the Supreme Leader Rufus Albarea takes control of the city, and cannot believe it when the citizens start supporting him.

Alex is later part of the operation to relieve Sonya near the Moon Temple, advancing on the position using the police cars as cover. He also takes part in the operation to liberate Crossbell and the following battle against Elysium's automated Zauber Soldats on lake Elm outside Reverse Babel, using ferries and boats as platforms. 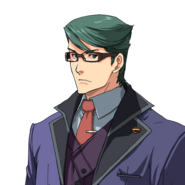 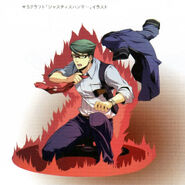 An illustration for Dudley's S-craft.

A full-length sketch of Dudley from Trails from Zero

A full-length shot of Dudley from Trails to Azure. 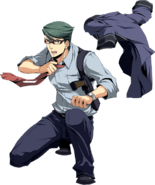 A full-length shot of Dudley from Trails to Azure. 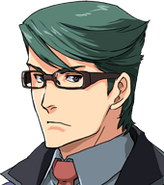 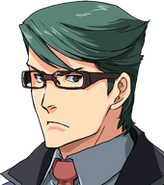 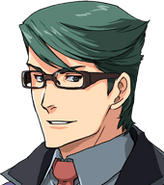 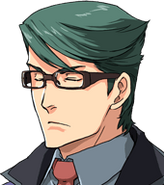 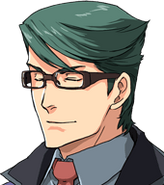 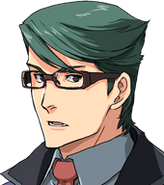 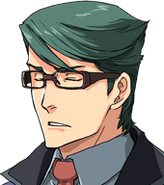 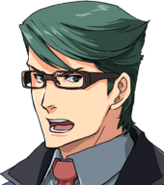 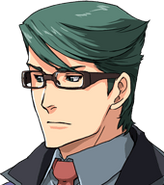 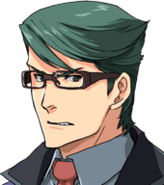 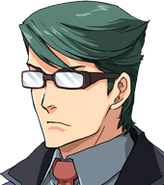 Promotional Screenshot of Dudley with Lloyd Bannings and Fran Seeker.

S-Craft in Akatsuki no Kiseki