Alicia is an older woman with braided hair of a very light lavender tint that is pinned back with a hairnet and red ornament. She wears an ornate dress of navy blue and white with a black collar piece embroidered with gold and a string of gold beads with a green pendant hanging from it. She also carries around a reddish-purple shawl wrapped around her arms.

Alicia is a very kind and caring ruler, as well as a devoted grandmother to Klaudia. She cares a great deal about the people of her nation shown by her willingness to meet them, and always acts in the best interest of her people. She does however show some concern for her relatives, in particular for Klaudia's future, as well as, for her nephew, Dunan's behaviour. She is very disappointed at the kind of person her nephew has become, but still tries to look out for him. She also shows great sorrow and guilt for her role in the cover-up of the Hamel Tragedy.

Queen Alicia von Auslese is the ruler of Liberl Kingdom, who lives in Grancel Castle. She is the grandmother of Klaudia von Auslese and is the aunt of Duke Dunan von Auslese.

Alicia von Auslese assumed the throne as the 26th monarch, Queen Alicia II, after the death of her father, King Edgar III. After assuming the throne, Alicia opened up the annual Martial Arts Competition, originally held to show off new military techniques, to the public as a spectator event. She also signed a non-aggression pact with the Erebonian Empire after the Hundred Days War.

She lost her son, Crown Prince Judis and his wife (Klaudia's parents) when the ship they were traveling on, the Eterna, sank off the coast of Calvard. She took on the care of her granddaughter Klaudia afterwards, although she was unable to spend as much time with her due to her royal duties.

Queen Alicia is first officially seen when Estelle and Joshua sneak into the Royal Keep during a celebratory dinner party thrown by her nephew, Dunan. Prior to this, she was imprisoned in her chambers by Alan Richard and his Intelligence Division, and was officially labelled as being sick by the Liberl News Group. Control of the kingdom then fell to her nephew Dunan, but Alan Richard was really the one who handled all affairs of state.

During her meeting with Joshua and Estelle, Queen Alicia offers the two tea and listens to their story of what happened in Zeiss and of Professor Russell's and Julia's message. Alicia then tells them that she has a vague idea of what Alan is after and informs them about the ruins that were discovered 10 years ago beneath Grancel. She is surprised at how Alan could've found out about it; considering that it was a top-secret confidential matter. Alicia apologizes to Estelle; saying that it was actually her fault that Lena died, telling her the story of the Hundred Days War.

Alicia becomes gladdened when Estelle states that she doesn't blame her. However, out of concern for Estelle's safety, she then asks the pair to remove themselves from the matter. Estelle and Joshua though refuse and Alicia, seeing their resolve, makes a formal request to save her daughter and the citizens of Liberl.

During the battle for Grancel Palace, Queen Alicia is seen on the balcony of the Royal Keep. Captain Lorence then appears in front of the Queen. The bracer fight and seemingly defeat him, but he gets back up and take s them out, prompting the queen to try and rush to them before she is stopped by Lorence who reassures her that they are fine. Alicia notices the hardship in his eyes, but he retreats after mentioning Hamel. Julia, Joshua and otehrs come to her aid and Alicia proceeds to tell everyone her realizations about Alan's true goal was, the Aureole, a legend passed down in her family. She shows them the door to its elevator and wishes them luck.

Alicia greets Estelle to the capital while she is on her mission, stating that she is always welcome. She is the recipient of some of the threatening letters that were sent out, but upon finding out the true identity of who sent them, she decides to keep it confidential to avoid panic. When later seeing Joshua again, she pardons him and states she should have pursued the truth of the matter with Hamel originally but originally chose the path she thought would keep her citizens safe. She offers the Arseille to help them in their mission.

She is taken captive by the band of Ouroboros's forces that storm the castle during the Orbal Shutdown Phenomenon, but implores them to release the similarly captive Princess saying that she is enough of a prize herself. Estelle's party arrives and a stalemate is present until Alan Richard and Maximillian Cid arrive to save them.

She also has an audience with Giliath Osborne, whom she is introduced to and the two exchange pleasantries and apologies. She states she would like to have invited him to the evening's banquet but he moves on shortly.

Queen Alicia hosts a banquet to thank everyone that contributed to Liberl's Safety and ending the crisis. She makes a speech at the banquet but also has time to speak with Joshua, thanking him. On another occasion, she thanks Julia Schwarz and suggests she has a day off, citing her hard work. 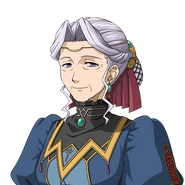 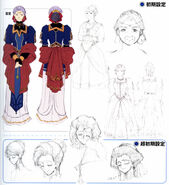 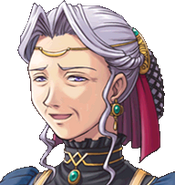 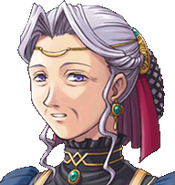 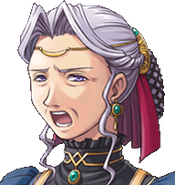 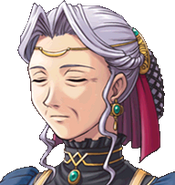 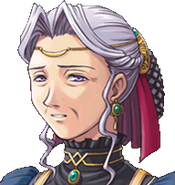 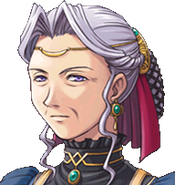 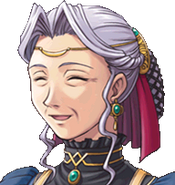 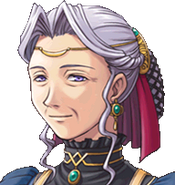 Retrieved from "https://kiseki.fandom.com/wiki/Alicia_von_Auslese?oldid=65228"
Community content is available under CC-BY-SA unless otherwise noted.