Mirage, Time
v · e
Altina Orion (アルティナ・オライオン), also known under her codename as Black Rabbit () and model name Oz74, is a girl affiliated with the Intelligence Agency and the Black Workshop. Altina operates the jetblack puppet Claiomh Solais (クラウ＝ソラス), which serves as both her weapon and as means of transport.

Altina portrays herself as a girl with silver long hair tied in two ponytails that danger on the front side, and lawn green color eyes.

In her debut, she wears a highly advanced stealth suit, consisting of a dark-grey sleeve shirt with different design line marks, short shorts hidden beneath the long-sleeve shirt, and a diamond pattern in the middle that shows her belly while the mid-chest area is covered. Also with the outfit comes a hoody with two rabbit-like ears. She wears the same color style of boots up to her knees, has a metal armor knee pad on her right, fingerless gloves. Accessories are two gold hair bees around her dangling ponytails, and one around her neck collar; like a cat’s bell. A long threaded tail with a metal circle shape with three metal tail-feathers from shortest to longest is attached onto her outfit.

Compared to her "sister" Millium, Altina is the polar opposite of her; she is far more mature, but initially emotionless. She takes her tasks seriously coupled with her personality, she usually comes off as robotic. She usually shows disdain whenever she is around Millium due to her overly affectionate personality, but is still on good terms on her, even having a desire to surpass her. During her time with Rean and her classmates, Altina begins to slowly show and process a wide array of emotions.

She is fond of sweets, seeing it as a way to "recharge" herself.

Although she collaborates with the Noble Alliance and therefore has often confronted Class VII and their allies throughout the events of game, she insists that she is working independently. Although her exact origin is unknown, she and Millium described themselves as artificial children, not born from a mother and coordinated by their puppets.

During the Divertissement of Trails of Cold Steel II, she starts operating on behalf of the Intelligence Division and fights alongside Rean Schwarzer against Lloyd Bannings and Rixia Mao in Crossbell's Geofront. She has been carrying out various missions for the Intelligence Division and monitoring Rean's actions as his partner, such as participating in the Northern War.

When Rean assumed office as instructor on Thors Branch Campus, Altina joined him as a "student" of New Class VII. Ever since she saw him lose control of his ogre power during the Northern War, she has been worried he might overdo it again.

Her indifferent personality and lack of emotions initially make it hard for her to fit in a normal school life. She initially follows Rean, but he insists that she has to do what she wants herself. Deciding on a club to join was also a problem for Altina. She ultimately settled for the swimming club, since it would improve her strength and considers the feeling of water nostalgic. While her grades are good, the lack of a creative side means she struggles with Art & Music. Her cute demeanor makes her loved among the female students.

During her time with Class VII, however, Altina slowly learns to express herself to the point she gives them a smile.

She is also the only member of Class VII unable to pilot the Panzer Soldats, meaning she serves as support in battles. When the Goliath was the brought in as a borrowed unit from the imperial army, it was Altina who demonstrated enough aptitude to be appointed its pilot. However, doing so caused Altina to lose her mind as if she was controlled by Claiomh Solais. The Goliath was sealed away after the incident.

After her classmate Ash Carbide shoots emperor Eugent III, Altina is summoned by the Intelligence Division and decides to head in their direction in order to check up on Ash's safety. Soon thereafter, it is revealed that her model name, Oz, is short for Originator Zero. Altina, as Oz74, was the 74th and final model in the series, designed to bring about the Great Twilight by slaughtering the Nameless One.

She is taken to the Gral of Erebos, where on behalf of Chancellor Giliath Osborne and her creator, Black Alberich, Crown Prince Cedric Reise Arnor tries to strangle her. He is stopped, however, by Rean Schwarzer and the remaining members of Class VII. Rean is unable to stop the Nameless One entirely, but both he and Altina are protected by Milium (Oz73), who sacrifices herself and becomes the Sword of the End instead.

Altina is spared, but her development of emotions over the course of the game means she now has a vast array of emotions to process for the first time.

Altina wakes up in Eryn sometime after the Great Twilight has begun, and quickly sets about helping to locate the missing Rean with her classmates by placing magical stakes across the Empire. She receives training in the Saint-Gral Labyrinth to prepare her for this by Roselia. Through their efforts, they eventually reunite with Ash and Musse and face Rufus Albarea in the Lake Elm Wetlands. They are able to locate the Black Workshop where Altina gets through to a berserk Rean and he is successfully rescued.

Altina then accompanies Rean in their efforts around the empire, first retrieving comrades at various sites such as the mansion in Ordis, Dreknor Fortress, and Einhel Keep at the Branch campus. They then attend the conference to discuss Operation Mille Mirage onboard the Pantagruel where she recollects her and Rean's previous experiences and helps defend the ship when the Glorious attacks.

Altina continues to lend her support to Rean afterwards, locating the shrines and special grounds for the Rivalries and overcoming the barriers that have been placed upon them. She lends her singing voice to the performance in Arc en Ciel, providing a distraction to the Crossbell forces allowing Rean's group to infiltrate the tower.

Altina is present in the final operation to storm the Tuatha De Danann for the final rivalries and takes part in the battle. She helps Fie Claussell pursue Mariabell and Campanella when they try to escape. Altina is present at the Imperial Wedding.

Altina is present at several events take that place before the main story, including the Branch Campus Academy Festival, the tasting of food for the Imperial wedding, and the Erebonia Martial Arts Tournament.

Altina accompanies Rean with the rest of new Class VII to Ymir where Claire Rieveldt had invited them. There they are tested by Matteus Vander and Claire to see if they are strong enough for the important mission of finding the missing Prince. They successfully prove themselves after Altina works with Juna to get past Claire.

Altina is next seen helping Rean out in Heimdallr, searching for rogue military elements after the hint from the new 'C'. They locate several clues and pursue a group down into the catacombs, where some rogue elements disable her combat shell temporarily. They then pursue and unmask 'C'.

Altina is present for the final battle against Elysium at Reverse Babel. 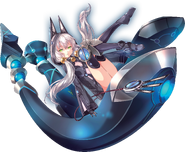 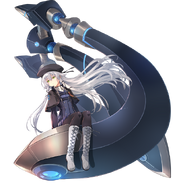 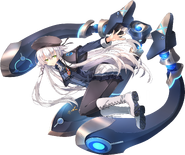 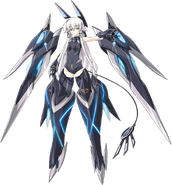 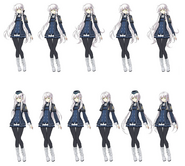 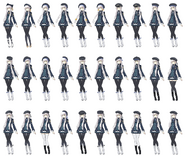 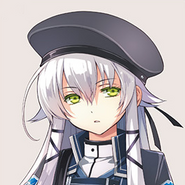 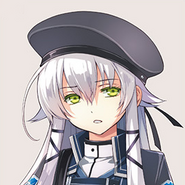 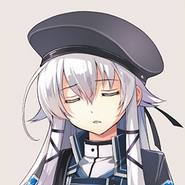 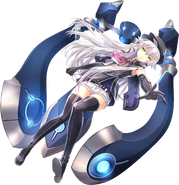 Altina singing at the Imperial Wedding 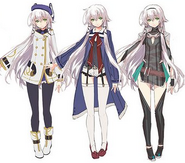 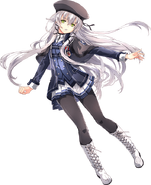 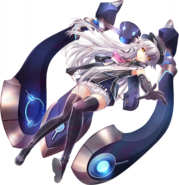 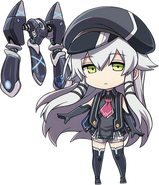 Promotional Screenshot of Altina with Rean Schwarzer and Elliot Craig.

Promotional Screenshot of Altina with Rean Schwarzer and Ash Carbide. 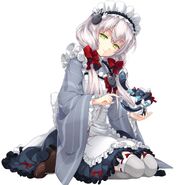 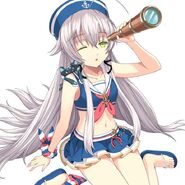 Ys VI: The Ark of Napishtim