Archaisms come in all shapes and sizes and have been used for everything from scouting to repair to the defense of vital areas.

The technology and understanding of how to build autonomous mechanical devices was largely lost following the collapse of the Ancient Zemurian Civilization and the Dark Ages that followed. Most of the surviving archaism technology from this era has either been preserved by isolating in long forgotten ruins and inaccessible locations, or by spiritual and mystical means. Many examples of ancient archaism technology still work even after a thousand years.

The knowledge of how to create archaisms is largely thought to be beyond human technology in the present, although a some groups and gifted individuals have been able to do so. Ouroboros, through its network of the Thirteen Factories led by Professor F. Novartis are capable of copying pre-existing Archaisms and creating new ones based on ancient designs. Individuals within the network, such as Joerg Rosenberg are highly valued for their ability to make adjustments to the dolls and maintain them. Notable individuals outside the 13 Factories include Gerhard Schmidt who has been able to repair discarded archaisms and even design original ones based upon his theories. Elysium was also able to create advanced archaisms with the enormous calculative processing power it possessed.

Favouring their use of advanced orbal technology, Ouroboros are far far and large the most notorious for deployment of archaisms, although they frequently loan them out and make them available on the black market. Archaisms typically self-destruct or are manually destroyed following incapacitation to stop their technology being studied or reverse engineered. Facilities that manufacture archaisms are usually in remote or secret location such as the Lakeside Laboratory in Liberl which was hidden by a cloaking generator or the factories hidden beneath North Ambria.

The following archaisms date to the Ancient Zemurian Civilisation or the Dark Ages: 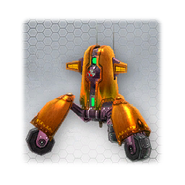 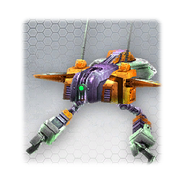 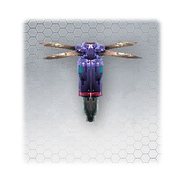 Shigure, a support unit for Regenenkopf 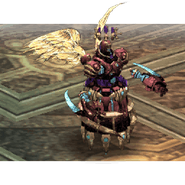 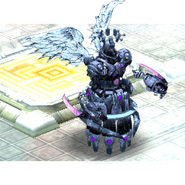