Trails in the Sky SC (by name)

Celeste D. Auslese (セレスト・D・アウスレーゼ) was the de facto leader of the ancient faction that sealed away the Aureole and the founder of the monarchy of Liberl.

Celeste was a woman with emerald eyes and violet coloured She carries a resemblance to her descendant, Klaudia von Auslese, enough so that the Liber Ark's systems recognise them as the same individual. She wore a narrow gold headband on her brow. Celeste wears a white top with a long tail in the front bearing the Auslese family crest, padded shoulders and a blakc band around the neck. She wore blue form-fitting leggings and white thigh high boots. The copy of her personality within the Recluse Cube also glows with a blue light.

Celeste was a kind hearted and helpful individual with humanity's best interests at heart. She deplored the way the Aureole was leading her people into lives of depravity and excess and strove to find a solution that would save her people, no matter the personal danger to her own person should be be discovered.

Before the Great Collapse, Celeste D. Auslese was the leader of the faction of the Ancient Zemurian civilisation that gathered around the Aureole, Sept-Terrion of Space.[1] Together they lived on the floating city of Liber Ark.

Originally, the Aureole only passively granted wishes to owners of Gospels, orbment-like devices capable of interacting with the Aureole.[1] Over the course of time and for reasons unknown, however, the Aureole gained autonomy and actively sought to assist humanity.[1]

Celeste D. Auslese noticed this autonomy led to the deterioration of human lives.[1] As described in a report found in Trails in the Sky SC," the Aureole facilitated the creation of virtual realities intended to induce euphoria in participants. It even altered brain chemistry to achieve this. It was no different than taking a powerful euphoric stimulant and hallucinogen at the same time. Worse still, there were no side effects. No physical ones, at least."[1]

After realising the Aureole's mode of operation had shifted from granting wishes to bestowing gifts, Celeste's observations led her to decide to seal the Aureole and its powers.[1] With the Aureole having gained autonomy, it was not possible to simply wish for the Aureole to stop operating.[1] Celeste concluded that another power source was required in order to stop the Aureole.[1]

In her quest for an alternative power source, Celeste and her team resorted to the energy streaming through the septium veins and ordered facilities to be built on top of these veins.[1] The Aureole, aware of Celeste's plan, prioritised the protection of the Liber Ark above else and considered her actions potential threat.[1]

To prevent the Aureole's elimination of the facilities, Celeste deceived the Aureole into perceiving the facilities as devices to monitor the activity of the septium veins.[1] Ultimately, the facility, later known as the Sealed Area, was built roughly 500 arge beneath the surface where most septium veins gathered, on the eastern side of Valleria Lake and the present location of the City of Grancel.[1] In addition to the subterranean facility, the Ahnenburg and four Device Towers at the edges of Valleria Lake were built as additional measures for the Sealing Mechanism.[1]

One of Celeste's team members was manipulated into revealing the plan to the Aureole, but since the knowledge of this particular member was limited to the underground facility, the Aureole targeted exclusively said facility through the manifestation of Reveries, self-defense mechanisms.[1] While the majority could be held back by Celeste's team, one Reverie broke into the facility and reached the deepest sections.[1] Moments before the Reverie could launch its attack, the First Barrier, the Temporal Freeze, was successfully activated.[1] A light fired from the facility reflected off the inner wall of the Ahnenburg caught the Aureole floating in the sky, causing the Aureole to be sealed away and the Reveries to stop in its track.[1] The one Reverie that broke into the facility is the same as the one that is fought at the end of Trails in the Sky FC when the First Barrier is deactivated through the use of the Gospel.

In order to buy time for these plans to succeed, Celeste found a way to slow down the Aureole's ability to process via Phantasma, a higher plane of existence that acted as a subsystem for the Aureole in order to incorporate and process the will of the Liber Ark's populace.[2] They ended up developing the Recluse Cube, an object able to interact with Phantasma without relying on the Aureole as an intermediary.[2]

Celeste used the Recluse Cube to create a partial copy of her personality inside Phantasma and began working to sabotage Phantasma's processing functionality.[2] After Phantasma was successfully sealed away alongside the Aureole, the copy of Celeste's personality fell into a slumber that would last until S.1203, the events of Trails in the Sky the 3rd.[2]

The copy of Kevin's stigma forcefully takes over the administration of the Cube ad Phantasma, sealing Celeste's copy away in a crystal. Nevertheless, the copy found a way to communicate with Kevin and help guide him until he fully releases her from the crystal. She regains some of her administrative powers, opening up new pathways for the party and helping them navigate the system, including in their efforts to activate the copied Arseille. At the end, she opens the gate back to to the real world, and enters a final slumber that will last until the Cube fully shuts down and Phantasma is no more, ending the copy's existence. 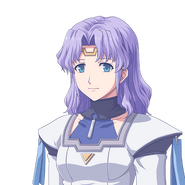 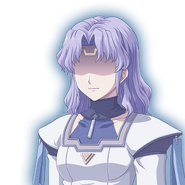 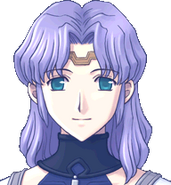 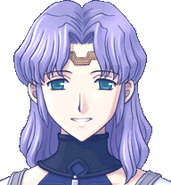 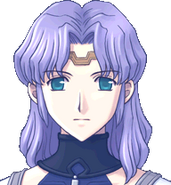 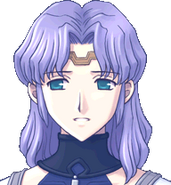 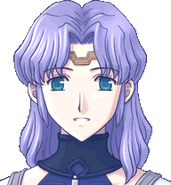 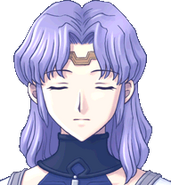 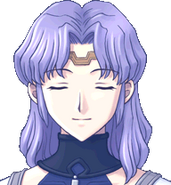