Davil is a middle-aged man with bright red hair, combed back and falling to his neck, and a small moustache. he wears a multi-coloured suit, mostly of black but with red segments on the button straps and lapel and blue segments on the shoulders and central fold. he wears a furry cravat with a red gem, and has a ruffled collar.

Davil Crainagh has a steady rivalry with Ambassador Elsa Cochrane.  Despite his stern exterior and grumpy impression, prince Olivert Reise Arnor recognises his patriotism and good nature, and how much he does behind the scenes.

Davil Crainagh is the ambassador for Erebonia. He deals with political matters between Liberl and Erebonia. His family was given the Grand Cordon of the Order of the Winged Stallion medal by the Imperial family and is proof of their glory.

Davil Crainagh is first seen in the airship terminal in City of Grancel, having a fight with Ambassador Elsa Cochrane. As they continue arguing about technology rights, Major Mueller Vander breaks up the fighting and kindly yet firmly tells each party to stop.

Cochrane insults him, and, after she has left, Davil calls Cochrane a "she-wolf". Just as he is about to start insulting commoners, Mueller stops him. Crainagh then returns to the Erebonian Embassy and leaves matters to Mueller.

Estelle visits Davil in the embassy as part of her mission to find out about the threatening letters sent around the Grancel region. He insist it is not Erebonia as the source, and thanks Estelle when she uncovers the identity of the sender. One of his medals is stolen by Bleublanc and he requests the Bracer Guild's help in retrieving them before he returns to Heimdallr. Upon its safe return, he states that Erebonia has been saved an embarrassment and bestows the Eisenritter's medal onto Estelle.

During the Orbal Shutdown Phenomenon, Davil earnestly hopes communications are restored, and believes he could sort everything out with a phone call.

Davil is at the party at Grancel Castle Castle, where he congratulates Joshua. Davil meets with Olivert Reise Arnor and apologises for not recognising his identity. Olivert forgives him and states he is proud of what Davil has been up to assisting Erebonian citizens in Liberl and helping international air routes to resume. He states he is not fond of the Chancellor Giliath Osborne but does like some reformist policies after having been influenced by living in Liberl; it is the hardline approach of Osborne that concerns him. Davil discerns his importance in the negotiations after the pact, especially with regards to the Crossbell problem. Olivert leaves the matters in Liberl to him.

Although he doesn't appear in person, Davil is mentioned as cooperating with Elsa to establish a consulate in Crossbell, asking Estelle and Joshua Bright for help escorting the key personnel. 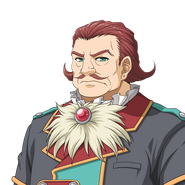 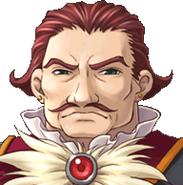 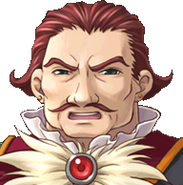 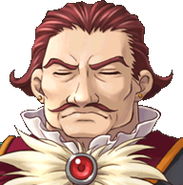 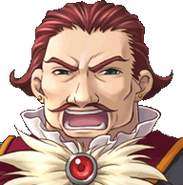