Dieter is a middle-aged man with blonde curly hair and brown eyes. In his original appearance he wears a red suit with a gold trim, waistcoat and white shirt with a purple tie. Later on, Dieter swaps out the red for a more subtle beige and replaces the white shirt and tie for a black woollen turtle-neck sweater.

Dieter is an ambitious man who cares for the state of Crossbell and his own personal sense of justice. When Dieter first met Lloyd Bannings and the other members of the Special Support Section, he dismissed Lloyd's sense of justice in Crossbell's current state and argued that it is the pursuit for justice is what defines the human and that justice is the foundation of trust people have in society.

Dieter is a member of the extremely ancient Crois Family, which originates back to one of the tribes of the Ancient Zemurian civilisation. Although he was aware of his family's history and mission, he only dabbles in it when it suits his aims.

As arguably the most powerful person in the Zemurian banking world, Dieter had close ties with the MacDowell family and has known Elie since she was very young.

The head of the IBC, Dieter holds enormous financial power in Zemuria. Despite this, he feels frustrated with the way Crossbell is treated by the two neighbouring powers, Erebonia and Calvard and the rampant corruption in the state. He becomes acquainted with the Special Support Section through his daughter and the work they do around the city.

Dieter comes to the aid of the SSS by driving his bullet proof orbal car to save them from the Gnosis controlled Crossbell Guardian Force and Revache and driving them to the safety of the fortified IBC.

After the resolving of the D∴G Cult incident and prominent members of the sitting government getting arrested, Dieter won the mayoral elections by a large margin in S.1204. His motivation to enter the political world was due to the Crossbell government's failure to handle the surprise attack from the Cult.

On August 31 that year, the day after unveiling the new Orchis Tower, Dieter held the first West Zemuria Trade Conference. During this event he and Henry MacDowell were placed under intense pressure from Chancellor Giliath Osborne of Erebonia and President Samuel Rocksmith of Calvard to cede more of Crossbell's sovereignty. Not deterred and after surviving the terrorist attack, he declared Crossbell to be an independent state from then forward.

After his declaration of independence, Dieter requested the representatives of nations present at the Trade Conference for their support in Crossbell's independence to guarantee their future safety. This was dismissed as an empty threat by both representatives of Zemuria's two superpowers. In response to the lack of recognition from both Erebonia and Calvard and to reaffirm public support, Dieter held a successful local referendum in which the citizens affirmed that they supported an independent Crossbell. Dieter then declared himself President of the Independent State of Crossbell and, as the CEO of the IBC, froze all international assets to put heavy financial pressure on Erebonia and Calvard.

It is then revealed that Dieter was actually part of millenia-long plan to revive the Sept-Terrion of Mirage using KeA, an artificial human. The funding for the D∴G Cult, the alliance with Ouroboros, the contract with the Red Constellation, and the partnership of Arios MacLaine into the project were all orchestrated by Dieter to ignite KeA's powers and to turn Crossbell into an invincible city with incredible political sway and fearsome power. After gaining the newly obtained power of the Sept-Terrion of Zero and activating the impenetrable barrier around Crossbell, Dieter suggests to Liberl, Remiferia and Arteria to form the Zemurian Alliance () in order to shield them from Erebonia and Calvard.

Dieter's actions were acted upon from a sense of justice rather than a lust for power, believing that true justice could only be achieved when Crossbell could free itself from the chains of the mighty powers that pressured it. Dieter also did not pay too much attention to alchemy or the Cult's experiments, leaving the particulars up to Mariabell, and only showing interest when he could use the Sept-Terrion of Zero for political power. Despite his strong conviction, he lost to Lloyd and the Special Support Section who challenged his political thinking and defeated him while he controlled the Aion TYPE-α.

After losing to the SSS, F. Novartis repossessed the Aion unit from him. Directly afterwards Ian Grimwood joined Mariabell and Ouroboros in betraying Dieter and his political ambitions, revealing himself to be one of the masterminds of the Azure-Zero Project. Ian spoke to Dieter directly, telling him that his romanticism is a fatal flaw in politics and as such, he was unfit to lead. Mariabell stated she had no more use for him.

Having lost the power of the Sept-Terrion of Zero and the legitimacy behind his independence declaration taken away from him, Dieter was considered an international criminal and arrested by the Crossbell Police Department. The Crossbell government then transferred his mayoral positions back to former mayor Henry MacDowell.

Knowing that the Supreme Leader was aware of their intentions, Dieter later revealed true intentions, having reached out to the Red Constellation once more to help liberate Crossbell. 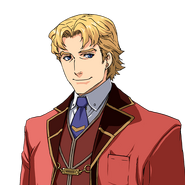 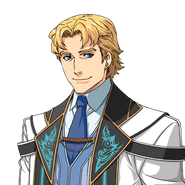 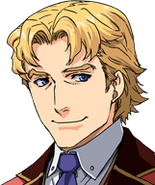 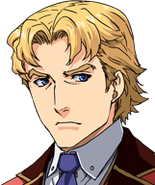 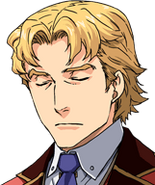 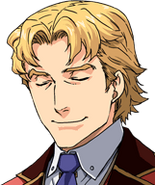 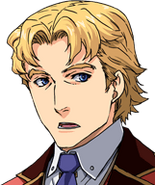 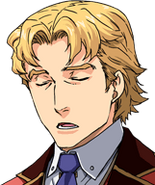 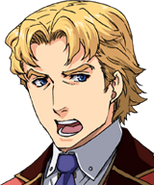 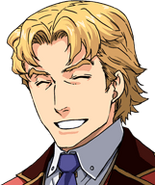 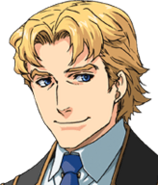 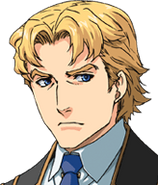 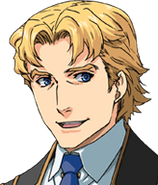 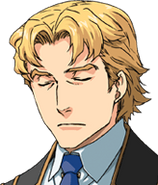 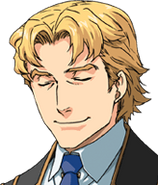 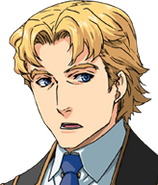 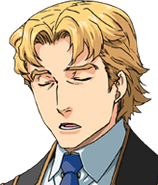 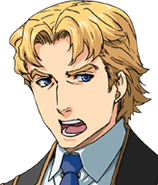 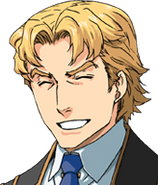 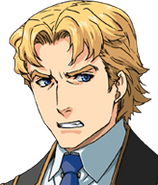 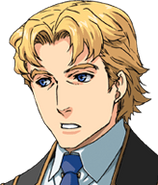