Aqua
v · e
Don Capua (ドルン・カプア), romanised in Japanese as Doln Capua, is a member of the Capua family.

Don is a middle aged man with aqua colored hair, a beard, and a scar on his left eye. He has a bigger body structure than most characters Trails in the Sky FC, SC, and the 3rd. He wears a Capua sky bandit uniform consisting of a green shirt, sleeveless purple fur-lined jacket, brown trousers and numerous scarlet armor plates.

Don is first seen as a heartless, raging leader. Despite that first appearance, Don is a kind yet caring individual. He cares very deeply about his family, but is known to be forgetful at times. He dislikes piracy but does it regardless, admitting that it is only to keep his family alive.

Don is the older brother of Kyle and Josette. The Capuas used to be Erebonian nobility until they lost it all (except their ship, the Bobcat, and themselves) in a deal with a corrupt merchant, Minneth.

During the events of the prologue, Don meets Georg Weissmann, who introduces him to Lorence Belger and brainwashes him to hijack the Linde. Eventually, through Kyle Capua and Josette Capua, he finds out that the queen is planning to pay the ransom for the passengers and therefore in order to stop their faces from being known, he decides that the hostages shall be slaughtered once the hostage money is received. His siblings disagree with his decision and call him out on it being unreasonable, however in response, he attacks Kyle. Before the argument could escalate further, bracers and an associate burst into the room and subsequently fight and defeat the Capuas. After the fight, the brainwashing disappears and Don has no memory of any of his recent actions. During the confusion resulting from this, Kyle uses a smoke bomb to allow the Capuas the escape from the room, however, upon arriving at their airship's dock, found themselves facing the Royal Army of Liberl and subsequently, got arrested for piracy.

Following their arrest, the Capuas were imprisoned in Leiston Fortress. While breaking out Albert Russell, the party encounters them in their jail cell and briefly talks to them, before leaving them as they were. To serve as an "apology" for their actions, Dunan von Auslese made the Capuas compete in the Martial Arts Tournament. To do so, he changed the tournament structure from solo battles to team battles in order for the entire Capua family to be able to fight at once. In the first round, they manage to defeat a team from the Royal Army, however in the second round, despite managing to defeat 3 Intelligence Division members, they get singlehandedly defeated with ease by Lorence Belgar afterwards. Don and the Capuas were not seen for the rest of the game however it is later revealed that after the end of this game, Joshua broke them out of prison in order to have helpers for accomplishing his goals.

Don is first seen checking out the ruins of a destroyed village alongside his family. He then converges with her family and proceed up a hill to where Joshua Bright is. Don Capua mentions that they used to live up on the Northern March, but he had never heard of a town being burned to the ground before. After the conversation continues some more, Don suggests that they go now. Joshua agrees saying that they'll be heading back to Liberl now. In Liberl, they take out several groups of black-clad men, who turn out to be archaisms.

Don is later seen with Joshua and his family stealing the Bobcat from the new Nebel Base Training Facility located in the ancient ruins overlooking Nebel Valley. Don started gushing over how he missed his aircraft. They use the aircraft to follow the Glorious entering Liberl airspace and let Joshua climb onboard one of its scout ships. Concerned for his well-being, they tail him from behind. During Joshua and Estelle's escape, the Bobcat coems to their aid and takes out some pursuers while leading others away. They reunite with them at Gull Seaside Way after losing their pursuers, where Don and the others greet the two, asking Estelle for a truce, who agrees since they saved them.

A couple of days later after the Liber Ark appears, the Bobcat is flying in the air spying at the ark from a distance. Don orders his crew to go to that floating city as Ouroboros are targeting it, meaning there's probably enough loot to repay their debts several times over. They lose power due to the Orbal Shutdown Phenomenon however. Fortunately for Don and the others, they were able to crash onto the Ark itself, but the Bobcat was severely damaged. As the crew set out to explore, a Vogel unit arrived to investigate, prompting Josette to shoot it. This in turn caused jaegers to appear. Don, Kyle and the others made a distraction to allow Josette to escape. They were eventually captured and sent to the brig of the Glorious.

Don and the others would be freed three days later after the Arseille crashed on the Ark and found Josette, who implored them to free her brothers. After being freed, Don consulted with Albert Russell for assistance in repairing the Bobcat, which was repaired more than enough once the Aureole disappeared from the Liber Ark and caused it to collapse. Don was enraged at the thought that Joshua and Estelle had died, furious at what the "Goddess was doing". Fortunately, the two were saved by Ragnard, much to his relief.

Following the events of the Orbal Shutdown Phenomenon, Queen Alicia pardoned the Capuas and paid off all of their debts, much to their gratitude. The Capuas then decided to form the Capua Delivery Service. Don was happy with the business, as they could set their lives back on track, and that business was booming because they had the advantage of flight over their competitors.

He gave a package to a customer in Grancel and was given a letter from Joshua. Don was pleased that Joshua had spent some time letting them know of his travels, before giving what he thought was the letter to Josette; instead, Josette discovered it was actually the receipt. Don believed that he had accidentally given the customer the letter and promised to contact the customer for the mix-up, but Josette was angered at his carelessness. Don admitted that he had been careless, despite Kyle's reassurance that it was not completely his fault. They soon detected an unknown ship nearby, before realizing it was part of the society's. Don ordered the crew to prepare for a battle, having Josette man the machine gun.

The Ouroboros ship had no interest in the Bobcat, but its commanding officer, Gilbert, decided to personally attack the Bobcat for personal gain. Josette was able to shoot Gilbert down, causing Don to praise her for her efforts. Rosco soon entered with an envelope while he was securing the cargo, and gave it to Josette. Apparently, Don had forgotten to give the customer the receipt, meaning that he had not sent Joshua's letter to them by accident. After Josette read the letter, Don had Kyle accelerate the Bobcat to make up for the lost time shaking off the enemy ship.

A copy of Don is recreated in Phantasma to fight against the party in the Black Ark. After defeating it, he fades.

Don Capua as he appears in Sora no Kiseki FC Evo 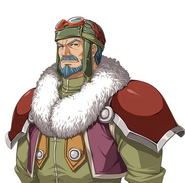 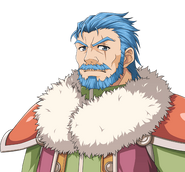 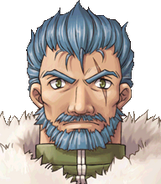 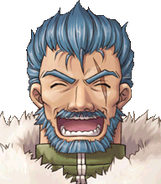 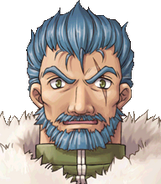 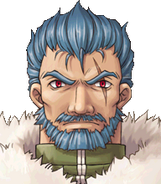 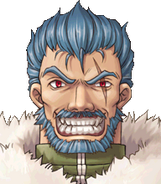 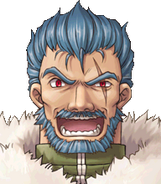 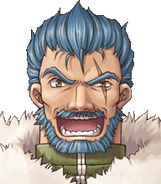 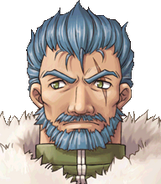 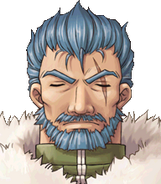 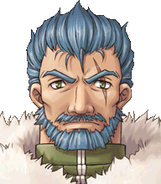 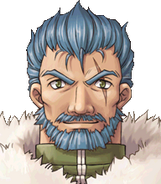