ENIGMA is the newly-made fifth-generation combat orbment developed by the Epstein Foundation. In addition to enabling new Arts, it is the first orbment with built-in communications functionality. In conjunction with the Orbal Network Project, the Crossbell government and its Bracer Guild branch accepts the Foundation's request to beta-test its communications using expensive relay terminals within the city.

Like the previous battle orbments in the series, its basic architecture allows installing Quartz to strengthen the user’s physical capabilities, enabling Orbal Arts, but marking the debut of portable communication between places. 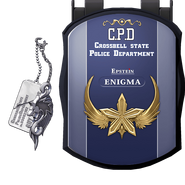 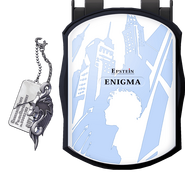 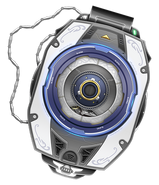