Elsa is a middle aged woman with teal coloured hair, which is worn in a bun, and royal blue eyes. She has red triangular framed glasses and wears green earrings with a white scrunchie with a yellow ribbon. Elsa dresses in an eastern style. She wears a long cerise dress ending in pleats, with a black covering above the bust and continuing to baggy sleeves. She has a short violet cape attachment with floral buttons.

Elsa Cochrane has a steady rivalry with Davil Crainagh who is the ambassador for Erebonia. Although the two cannot stand each other and cannot avoid arguing, they are both passionate about peace and finding a diplomatic solution.

As hinted by Crainagh, Elsa is implied to be from a commoner background. She is the ambassador for Calvard who serves as a go-between between Liberl and Calvard. She was opposed to signing the Non-Aggression Pact, but can see the sense in the peace it brings, even if only in name.

Elsa Cochrane is introduced in the middle of having a heated discussion with Davil Crainagh, the ambassador of Erebonia, at the landing port in City of Grancel. As they continue arguing about technology rights, Major Mueller Vander breaks up the fighting and kindly yet firmly tells each party to stop. Cochrane agrees, but not before insulting Crainagh right before she leaves for the Calvard Embassy.

Estelle visits Elsa in the embassy as part of her mission to find out about the threatening letters sent around the Grancel region. During the Orbal Shutdown Phenomenon, Elsa asks Estelle if she knows anything, but must make peace with just waiting. Elsa is very keen for Zin to be the next S-rank bracer, wanting the next one to come from the Republic.

In S.1203, after the Orbal Shutdown Phenomenon in Liberl, she was tasked with inviting Kilika Rouran to join the Rocksmith Agency. She did so by inviting her and bracer Zin Vathek to an evening at Maple Leaf Inn in Elmo Village.

Although she doesn't appear in person, Elsa is mentioned as cooperating with Davil to establish a consulate in Crossbell, asking Estelle and Joshua Bright for help escorting the key personnel. 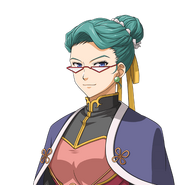 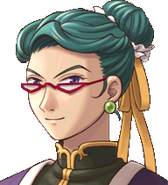 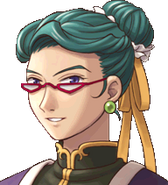 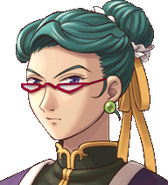 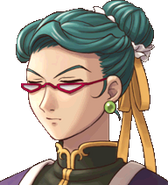 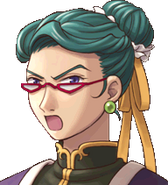