Garcia is a towering, well-built imposing man with swept-back brown hair and eyes and a pronounced jaw. During his employment with Revache, he wore a cream two piece suit with a double-breasted blazer, blue and white pinstriped shirt and pink tie. Following his incarceration, he ditches the suit top for a simple white collared shirt.

In his re-appearance at the re-independence signing ceremony in Crossbell, Garcia now wears a black suit with reinforced padding, what appears to be a bulletproof waistcoat with several belts and a white shirt with red tie.He wears leather black gloves and reinforced padding is strapped around his legs by a suspender-garter and more belts.

Garcia has a fierce and aggressive personality, but is honourable in his approach to dealing with opponents, looking down on underhanded tactics or resorting to using drugs for enhancements. He has a sense for his own moral code, and is not above working with parties with differing interests if it suits his goals.

Known for his service in the Zephyr jaeger corps, Garcia got along well with his boss, Rutger Claussell, who considered him to his right-hand man and a drinking friend. An unknown incident eventually forced Garcia to leave his corps, where he eventually found employment with Revache, serving as Marconi's right-hand man.

When two mafioso returned after they were defeated alongside their mechanical hounds by the Special Support Section, Garcia was enraged that they lost to some "kids" and prepared to punish them for their failure. Marconi stopped him from doing so however, as they had to make sure the Schwarz Auction would proceed as planned.

Garcia later oversaw the security measures in place during the Schwarze Auction. He somewhat recognized Lloyd and tried to take him aside for questioning, but was stopped by Mariabell Crois. Upon realizing that there were intruders in the auction, Garcia quickly rounded up some men and found their culprits; the Special Support Section. Garcia appeared to be unaware that the mafia were involved in human trafficking. Randy was prompted to go all-out against Garcia, who intended to do the same, but they were interrupted when Sergei and Zeit appeared to bail the team out, much to his frustration.

Marconi later got involved in the Gnosis trade, gaining a connection with Joachim Guenter. Joachim gave the mafia ample amounts of Gnosis, which some of the mafioso used to storm the Heiyue crime syndicate and distributed it amongst the general populace. When the mafioso who used Gnosis began to go insane, with some of them turning into demons, Garcia accompanied Marconi to confront Joachim over its use. Marconi and a few others were sent to a cell in the Sun Fort, while Garcia resisted; despite his immense strength, he was eventually restrained by the Gnosis-controlled mafioso, and injected with Gnosis.

He was later seen outside the chamber in the Sun Fort after the SSS team and bracers defeated Ernest Reis. The team briefly fought Garcia, who then attempted to demonize. Randy was able to snap him back to his senses by appealing to his jaeger pride, upon which he scoffed him off as a "big shot". Garcia stated that he had been suspicious of Joachim from the start, lamenting his inaction. Lloyd informed him that he would be arrested with the other mafioso, but Garcia did not mind, stating that he deserved it for being gullible. He then told the team that they had better not lose to Joachim before collapsing from exhaustion.

Garcia later helped Lloyd escape from prison by staging a fight with him. He remains behind to cover Lloyd's escape, refusing to leave his fellow mafioso behind. Despite his efforts, he was eventually recaptured.

He eventually learned that Rutger had adopted a girl and his eventual death during the Rivalries. Being stuck in prison, Garcia was unable to visit the grave of his former boss.

While in prison, Garcia was contacted by Ian Grimwood, who had just met with a simulacrum of Rufus Albarea who called itself the Supreme Leader. Realizing what Elysium was up to, Ian asked both him and Dieter Crois to help him deceive the system by pretending to side with the Supreme Leader. Garcia appeared to recognize the threat and agreed to work with Dieter, where he first appeared when the Supreme Leader interrupted Crossbell's independence ceremony.

Pretending to support the Supreme Leader, Garcia secretly worked against it behind the scenes with Dieter. He "knocked" some sense back into some of the Black Guard, returning them to the Imperial Defense Force, who would assist in retaking Crossbell City from the Supreme Leader's grasp. During the liberation of the city, he and his men repulsed enemy reinforcements that were attacking Rean's group, where he met Fie. He recognized her as Rutger's adopted daughter and promised to have a chat with her once the city was freed. 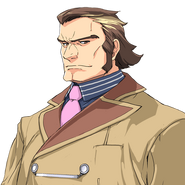 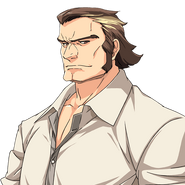 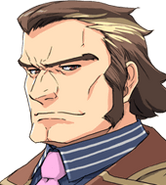 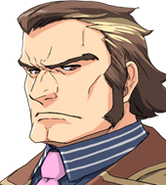 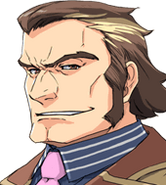 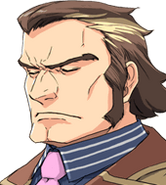 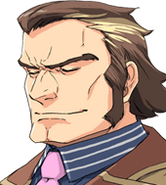 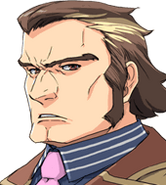 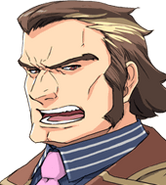 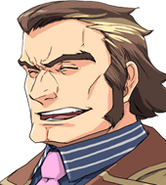 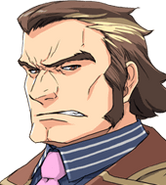 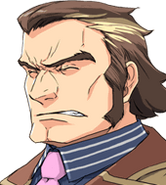 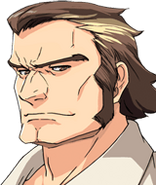 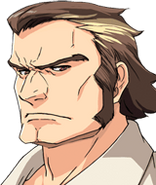 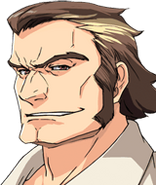 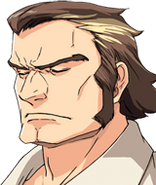 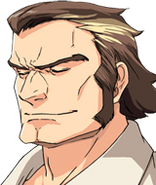 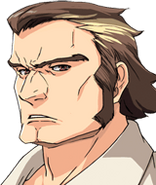 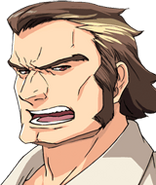 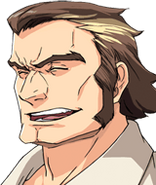 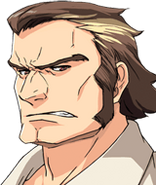 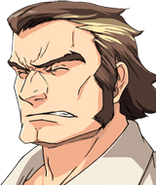 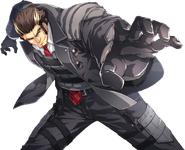 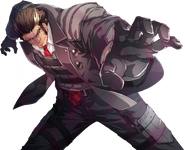