Grace is a young woman with gull grey short style hair, and ocean blue eyes. She wears a type of tan yellow woman’s style coat-dress with long sleeves, triangle tails, and wears a dark tan green sweater inside the coat, light violet pants, light grey-brown boots with tan yellow toe caps with knee decoration blue jewels. Her accessories include silver goggles with ocean blue lens that she wears over on her forehead. She is often seen sporting a camera or orbal phone.

As a journalist, she displays two important traits: on the one hand the desire to always report the truth, and on the other a strong innate curiosity. Her ability to gather material and deduce conclusions based on these have been beneficial for many of the professional partners, such as Guy Bannings and the Special Support Section.

Grace is often fervent about getting a great story, skirting on the edge of getting into trouble for probing too far or for her passion for reporting matters that may be deemed controversial. Her drive to collect a Fulitzer Prize has more than once put her in a perilous situation.

She was one of the first to suggest Ernest Reis' suspicious behaviour prior to the assassination attempt on Mayor Henry MacDowell. After the Cult Incident, she reported the truth on influential persons like Crossbell government's imperial faction Speaker Hartmann and the inner workings of the D∴G Cult, which led to a big scandal.

She embarked with the Special Support Section on the Merkabah, because she was genuinely interested in what would happen to the future of Crossbell but could not deny it was also partially out of personal interest. Grace was also the first to interview Henry MacDowell as he declared Crossbell's independence as illegitimate.

Grace meets Class VII as they search for their missing instructor Rean Schwarzer. She is interested in him and says she will help them out in exchange for the story. Due to her connection to the SSS, she was also caught in the Operation Birdcage that confined her to Mishelam. Whilst she is unable to give any information regarding places Black Pleroma grows, she can say that the Governor General Rufus Albarea is frequently missing. Class VII help her by conducting a poll gauging the citizens of Crossbell's opinion on the National Mobilization Act. The results imply the Erebonian Curse is spreading to Crossbell. Grace later comments on the Emperor, Eugent Reise Arnor III's presence in Crossbell as a state secret that she wouldn't be allowed to report on.

Grace is present on the Pantagruel for the multinational summit to discuss Operation Mille Mirage. She had been invited onboard to witness the proceedings but is barred from actually reporting on any of it yet. She eagerly tries to interview many VIPs creating a lot of anxiety and animosity towards her when she keeps pushing for a story. She evacuates when the summit is attacked by the Glorious.

Grace is present when Rean Schwarzer is introduced to Marcel Nielsen and she begs to be given the chance to sit in on the interview. Afterwards, she asks to accompany Nielsen on his trip. She later helps spread the word about the return of a special Arc en Ciel performance held to distract the Imperial Guard in Crossbell.

At the overture in Mishelam, she toasts to the successful performance. She also helps deduce where the victims are being taken when several women go missing in Crossbell.

Grace is present at Arc en Ciel's grand reopening and is eager to interview all of the stars of the show, including a reluctant Sully Atraid.

Grace does not attend the re-independence ceremony in Crossbell, leaving it to Raines when another interesting story catches her eye. She travels to the Nord Highlands after receiving a tip and gets caught in the events transpiring there by the 23rd Armoured Division and Elysium behind the scenes. She passes on her information and she is escorted to the village and witnesses the events that occur with the autonomous tanks trying to start a war and the imminent bombarding of the village by a Railway Cannon.

Grace finds her way back to Crossbell and wishes the SSS luck on their operation, stating she will report on everything. 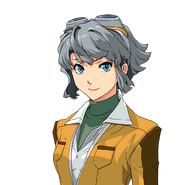 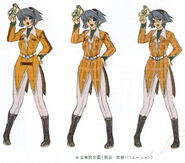 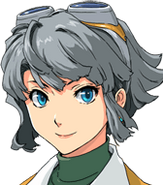 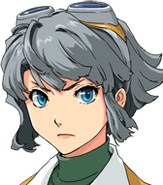 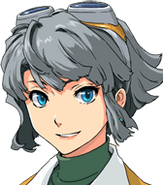 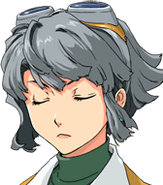 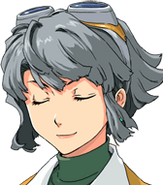 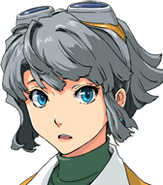 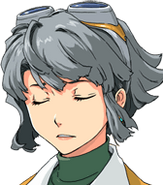 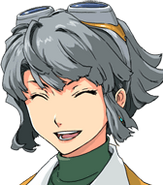 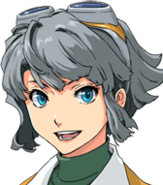