Male
v · e
Grant (グラッツ) is a Senior Bracer who is affiliated with the Bose Branch of the Bracer Guild in Liberl.

Grant is a man with messy red hair and pale lavender eyes. He wears black pants along with a black undershirt, with a pale teal short-sleeved shirt and brown tunic worn over, plus various assorted plates of armour. He also wears a lavender neck scarf around his neck and a belt holster around his waist. Grant also wears a pair of cream brown gloves with matching boots.

Grant is a strong and responsible gentlemen. He is very friendly and helpful to others. Grant is a reserved man with respect for his surrounding and others. He generally gets along with characters such as Estelle and Joshua Bright. Although, his warm aura creates a friendly persona, he also works in the the local Bracer Guild as a fierce field soldier.

Grant is one of the most senior members of the Liberl Bracer Guild.

He has known Kurt Nardin for a long time, and he gets along with other members such as Carna and  Anelace Elfead.

Grant is a non-recruitable character who works mainly from the Bose Branch. Grant is first introduced when he bumps into Scherazard Harvey while on a escort mission who introduces him to Estelle and Joshua Bright. He says "Hi!" to the two of them, but then soon excuses himself to continue his escort mission. After he leaves, Scherazard informs the pair about Grant and his background.

In the final chapter, Grant is spotted again in Grancel. he is seen greeting Estelle and Joshua when they arrive at the Grancel Bracer Branch and informs them that he, Kurt, Grant and Anelace are going to be participating in the Martial Arts Tournament. After winning the first round of the tournament, Grant and the others inform Estelle that the Martial Arts Tournament was originally an individual tournament, but somehow suddenly got changed into a team tournament at the last minute. He and the others then suggest to Estelle that he and Joshua should join Zin Vathek's team if they want to see the Queen; as he needs team members. Grant and her team are then seen losing to Zin's team in the Semi-Finals and cheers their team on in the finals. They then congratulate Estelle, Zin, Joshua and Olivier after they win the tournament. .

After Estelle and the others come back from Grancel Castle, Grant is summoned to the Bracer Guild where he finds out about the rescue operation to rescue Princess Klaudia and the other hostages. he then participates in the operation by distracting the guards and taking them out. After Princess Klaudia is rescued, Grant then participates in the Grancel Castle recapture operation and helps retake the Castle. he is then present when the Queen thanks them during the Queen's Birthday Celebration Speech and is present during Estelle and Joshua's promotion ceremony to Full Bracer.

After the speech, Grant can be sighted having drinks with Kurt at a table on the second floor of the Maybelle Inn celebrating their victory.

As all of the Jaegars remove their masks, Estelle realizes that the entire thing was just a test. After Kurt explains the circumstances, Grant continues by explaining that when Kurt rang them up and told them about it, they hopped aboard the next airship to help him out. In response, Anelace scolds them and says that they are the worst and that they were really worried. Kurt replies that that was the point and that real Jaegars wouldn't have been as nice. Grant and Carna further emphasize that while Jaegars are forbidden in Liberl - across Zemuria, Jaegars and Bracers are at each other's throats most of the time.

Estelle disparagingly accepts their explanation. Suddenly, another voice rings out and it turns out to be Phyllis. Phyllis starts apologizing to Estelle and Anelace, when Robert comes in as well. Robert congratulates the two for passing. He then explains that the real phone is safe, and that he was meant to be in the act as another hostage, but he blew his cover because he wanted to see their new Orbment devices in action.

After some self-loathing on the pair's part, Kurt consoles them and then officially congratulates them for passing the Le Locale Training Program. He then tells them that they'll officially be on the next flight to Liberl tomorrow, and they'll have a party tonight to celebrate their passing of the program. Grant then attends the party.

After Estelle and Anelace get back to Grancel, Estelle reveals to Elnan that Grant had stayed behind at Le Locle because he wanted to do some high-level training with Kurt and Carna, so they wouldn't be back for a while.

A copy of Grant is fought in Phantasma's Sixth Plane in the Looking Glass. He ambushes the party but is defeated, complimenting Anelace's trength as he fades from existence.

In one of the Memory doors, it is shown Grant helped search and rescue Mary when she went missing, escorting her back to the orphanage where he was then welcomed to the birthday party for Matron Theresa. Beforehand, he had been active in Bose, helping set up the market stall and even having donated items himself. He is still slightly annoyed no-one can remember his name. 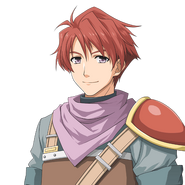 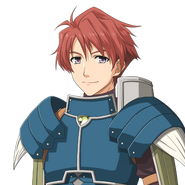 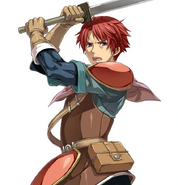 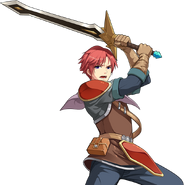 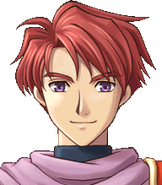 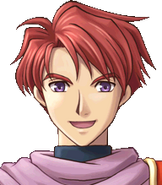 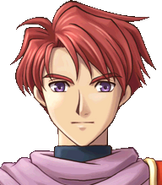 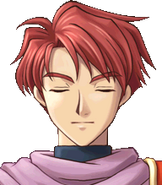 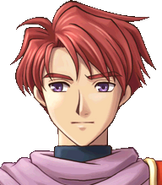 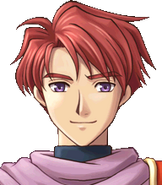 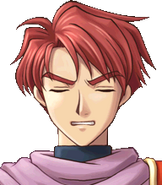 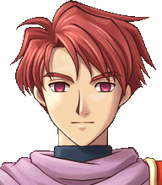 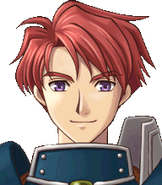 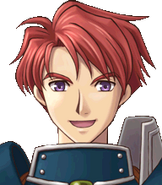 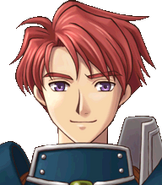