Kiseki Wiki
Register
Don't have an account?
Sign In
Advertisement
in: Characters, Trails in the Sky the 3rd Characters, Novel Characters,
and 2 more

Orbal Pistol
v · e
Hal (ハル), is a young woman who lives in the Eastern Quarter. She is a deuteragonist in the Gambler Jack book series.

Hal is a petite young woman described as being of both Western and Eastern descent. It is said the best liar would not be able to say she was more than eighteen at best. As the novel states: she has dark brown eyes and hair suggesting she is Eastern, but her nose and features made it hard to be sure. In the novel, Hal wears a short denim skirt and white strapped crop top. Her outfit is described as a design without any sense of decoration and it seems her taste lay more along the lines of utility than style. She has an Eastern symbol necklace on her chest which looks equally unremarkable. An appearance bearing the signs of East and West both, and simple, unembellished clothes give her the description of being 'the spirit of the Eastern Quarter made flesh.'

In reality, she wears a white sleeveless shirt with a denim sleeveless jacket, with a red armband and red wraparound sandals. Her hair is worn in a braided ponytail.

Hal is a young and wild spirit, both ferocious and intimidating when motivated but also having a softer side that enjoys romance movies. She was overcome with a thirst for revenge after learning what had happened to her father, but has now calmed down and is more amicable, continuing to hang around Jack and the seedy bar he plays in. Hal is described as being more cunning and manipulative, as well as calling the shots at the bar.

Despite being a mere fifteen years of age, Hal was nothing short of a genius when it came to gambling. Part of it was due to the incredible amount of effort and dedication she had poured into acquiring her skills, but it was also thanks to her exceptional memory. Her powers of recollection were so great that not even her father nor Jack could compare.

Hal is the daughter of legendary gambler King. When she was a young girl, She was poisoned by Enrique, a crime boss of the Almata mafia, so that he could threaten king to throw a game. King forfeited his life by throwing that game and Hal was brought up thinking he died with an illness until she learned the truth by chance when overhearing some drunk gamblers. The last memory Hal had was of him taking her hand while she was in bed and telling her not to worry.

Hal causes a stir in an Eastern Quarter bar when she pulls a gun on a drunken gambler that was getting too forward. She challenges patron Jack to a game of Poker and then wins. She introduces herself as the daughter of King, the man Jack killed. He invites her to take a shot at his heart with her latest model Orbal Gun. Hal doesn't take the shot, saying it would be meaningless here, inviting him to the Harbor and a ship. She hands him a card with the signature 'Enrique' - a name familiar to Jack.

Many of the underworld had gathered to watch the game, including Chief Minister Shamrock, dubbed the 'Monster of the Underworld' who was the host. in a territorial dispute, Enrique would this time be betting on Hal, with his rival, Won, having Jack instead. At the stroke of midnight, the game commenced.

Hal constantly taunts Jack during the game, trying to throw him off. Jack never spoke to Hal during the games until, Jack began a story about his past with King and how they were paired off against each other, just as Hal seemingly takes an advantage. Jack reveals he never truly won, and King lost in order to protect his family. Enrique tries to intervene and stop the truth getting out, but Won signals his men to stop any interference. Jack pulls four Kings and beats Hal's four Jacks. Jack had apparently cheated and swapped the hands, but that was okay as long as it couldn't be proven. It was the same trick king used to throw his original match. Jack reveals Hal had been poisoned and the antidote would only be given if he lost. King threw away the game to protect his daughter. Hal stand sin shock at the revelation that her father's honour remains intact. Jack claims Hal as his prize, saving her life from shamed Enrique. He saves her as part of his debt to king when Hal asks him why he did this for her. Hal later turns up at the bar and challenges him to a game- on friendlier terms.

Hal features in the Fourth Sun Door, named The Casino -Gambler Jack-, where the player challenges Jack and Hal to a game of Blackjack or Poker. Hal is played first before jack comes out.

Months later after Gambler Jack, Jack and Hal live in relative happiness and they go to a nearby town with a movie theatre. Hal pressure him into watching a romance movie, 'Soliel of Love' but chides jack when he falls asleep during it. They then meet the very same actress from the movie they just watched, the attractive Nike and old acquaintance of Jack's, Leonard, another disciple of King. Hal is stunned by the attractiveness of the woman and thinks hat she will never be able to reach that level of seductiveness. Jack and Hal are invited to go to a race track with Leonard where Jack races against Leonard.

Back at the bar, Hal is the new top dog and due to her more skilled manipulation, essentially calls all the shots. Nike shows up and Hal is surprised to see her, worried about what past she and jack have had. Nike wins against Hal, apparently by cheating but as it can't be proven, it stands. Nike questions Hal about anything her father left her, which turns out to be the pendant. Hal is then kidnapped while taking out the trash, and Jack given a challenge to get her back. Jack travels to one of Calvard's most known race tracks where it turns out Leonard is behind it. Leonard wants the necklace of Hal's that was given to her by her father King. It has huge amounts of data on the criminal underworld that Leonard wants to use to move up the ranks of politics.

To get Hal back, Jack must defeat Leonard in a game of bets on the car races, which Leonard seemingly wins steadily, but Jack takes it at the last moment by placing an extremely unlikely bet and bribing the driver, after sensing the driver wanted an out from the world of underworld betting and a hint from Hal. Jack provided him with an out.

Nike reveals herself as a Rocksmith Agent and arrests Leonard. The prize money is seized and Jack and Hal return to the bar. Jack reveals the code to the pendant drive, which is used by the authorities. Nike one day returns and proposes working as team once again. Jack muses he still can't shake Hal off.

Hal is working as waitress in a bar, working as a dealer on occasion. Van Arkride, who is acquainted with her, greets her and asks for Jack, who comes over shortly. They discuss Almata's activities in the city, with the rest of the party asking Hal for details about Van's history. later, Hal is beside herself for losing to some gamblers backed by Almata, Samson and Ritchie. Aaron Wei and Van team up with the pair to defeat them and avenge their reputation- Hal teaming up with Aaron. They are all victorious. Hal witnesses the arrival of the mysterious fog and the next day mourns for Aaron's lost friends, who were regulars at her bar. Van next speaks to Hal and Jack about the warehouse owned by Messeldam trading. From here on, Hal continues to support the efforts against Almata, and feedbacks on the situation in Langport to Van after events ate the Hei Long Stronghold are concluded.

Hal and Jack come to Edith after Dingo Brad's passing to gather information in his stead. Hal regrets her part in the downfall of Enrique, Almata's former leader. They continue to hang around in the city until Revolution Day, with Hal keeping her eyes on the Underworld after Almata's fall and looking after Jack who gets intoxicated. She decides to be generous to him once in a while whilst gambling. Halle outbids Jack towards a coin that belonged to King, wanting him to challenge her seriously for it, with Van as the referee. Jack pulls Halle's own move against her and wins, but presents the coin back to her as a gift. Halle vows to keep getting better so she can beat him.

Halle is caught up in the Pandemonium caused by Melchior and is shocked that Almata could pull something like this off. She warns the party about straying close to Diablo Spheres and tells them about Enrique. She pledges all the support she can to solve the conflict.

As she appears in Trails in the Sky the 3rd 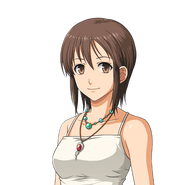 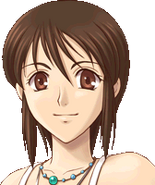 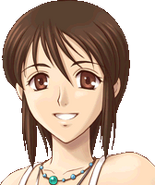 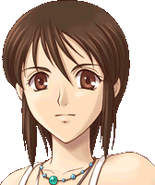 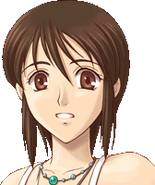 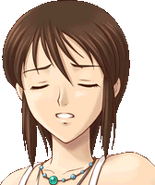 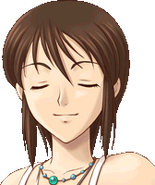 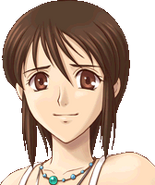 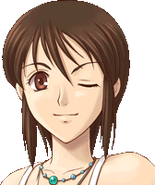