Hans is a young man with turquoise eyes and puce coloured hair cropped short at the back but left to hang loose over his forehead. he wears the typical uniform for male students at Jenis Royal Academy, consisting of a crimson and navy blazer with a golden patterned trim, a white shirt, grey trousers and brown loafers. He also wears a green broach with a red cord around his neck.

Hans is an active and energetic young man. He is very friendly and works hard along Jill to make the school as best as it could be. He also enjoys teasing people, including Joshua and is suggested to have a crush on his friend, Jill.

He is also physically active and very strong as he is ranked second in his club, with Kloe Rinz taking the top spot.

Hans is the vice-student council president of Jenis Royal Academy. He majors in Social Studies and is in the fencing club at school.

Hans is first introduced when Kloe brings Estelle and Joshua Bright over to the school to help out with the school festival and play. Kloe introduces Estelle and Joshua to both him and Jill in the Student Council room. After getting the introductions over and done with, Hans briefs them on the roles they are playing and what they have to do. He also takes great pleasure in informing Joshua that their boy is swapped gender and that he will be the princess. Joshua though becomes sick and disturbed by this revelation, much to everyone else's amusement.

Hans then allows Joshua to stay with him in the Boys' dorm up until the School Festival and over the course of this period, they become good friends. They also help each other prepare and rehearse their way through many tough rehearsal sessions together. On the day of the festival, Hans is busy doing stuff for the Student Council e.g organizing events, odd jobs, making sure that everything is running smoothly and settling disputes. He also sets about on a side mission involving collecting money for the Mercia Orphanage rebuild fund. He then performs in the school play.

After the play is over, Hans grabs the money that he had saved up and presents it to Dean Collins who gives it to Matron Theresa. After Theresa and the children take their leave with Carna, Hans mentions to Estelle and Joshua that he is worried about Theresa carrying around all that money. Estelle reassures him that Matron Theresa is in good hands with Carna.

After the mayoral scandal is over and Estelle and Joshua prepare to travel to Zeiss, Hans tells the two of them that he hopes he'll meet the two of them again. During the Queen's Birthday Celebration that does happen again, as Hans is seen with Jill and Kloe in the lobby of the Roembaum Hotel, having come to Grancel to celebrate the festival together.

Hans greets Estelle and company on their return to Jenis on business to investigate the sightings of a mysterious ghost-like figure. Hans escorts them to Dean Collins right away. He remarks to Estelle that he would never forget the look Joshua had in his eyes when recollecting his past before meeting Estelle.

He doesn't come with the party into the Old Schoolhouse, staying behind in the academy where it is safe. he tells the party that the Schoolhouse was a fortress before it was used for education.

Later, Hans is present when the academy is taken hostage by Gilbert Stein and the Enhanced Jaegars of Ouroboros. He meets Joshua at one point and states that they are free to talk about the past whenever he would like, but it won't stop them from being friends.

During one of Phantasma's Memory doors, Kloe's first days at the academy are revealed and feature Hans, a member of the student council prominently. He is frequently searching for the then-president of the council, Lechter Arundel with little success. He makes fast friends with Kloe, and is searching for Lechter when they first meet, stating Kloe would know him if she saw him. It is Hans that designates Kloe as the official 'Lechter-Catcher' due to her apparent success. He has a fond attachment to Lucy. 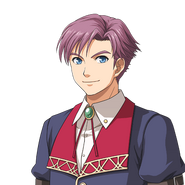 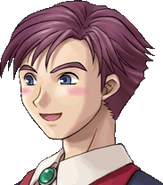 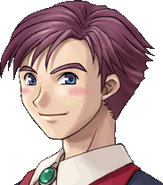 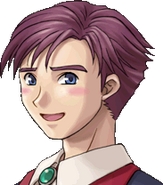 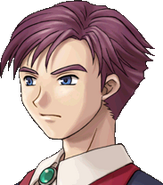 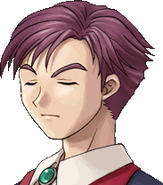 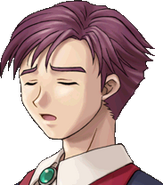 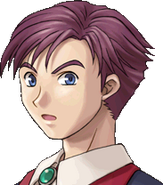 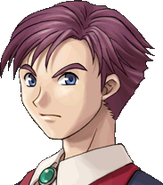 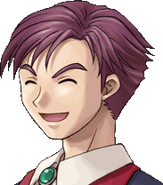 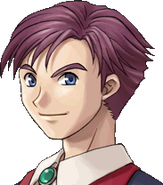 Portrait
Add a photo to this gallery
Retrieved from "https://kiseki.fandom.com/wiki/Hans?oldid=52479"
Community content is available under CC-BY-SA unless otherwise noted.