Ian is a portly middle-aged man, with grey eyes, thick brown hair and a full bushy beard. he wears hexagonal framed glasses, a large collared white shirt, brown trousers, and yellow tie. Originally he wears a pale blue waistcoat, but in his latest appearance he has swapped this for a large long grey coat. Others liken his appearance to a large grizzly bear, giving him the alias of 'Grizzly Grim'.

Ian is kind and influential. In addition to citizens and merchants of Crossbell, Ian is also on good terms with the Crossbell Police Department, having assisted Guy Bannings, Alex Dudley, Sergei Lou and members of the Special Support Section on numerous occasions by exchanging information. His actions however hold a dark secret, and he hides a despair and a sense of hopeless for the state of Crossbell and its corruption following the death of his family. His actions motivated him to seek a better course of events, meaning he was easily convinced to support a plan that might change his family's circumstances, even to the extend that it meant murdering his friend and seeker of justice, Guy Bannings to hide the plan. The continued actions he takes in support of his goal weight heavily upon him, although he maintains a kindly facade to the public.

In S.1189, Ian lost his wife and two children in an airship crash.

Together with Mariabell Crois, Ian put the Azure-Zero Project into operation while using her father, Dieter, as their public cover. The purpose of the project was the Sept-Terrion of Zero, allowing him to manipulate the laws of causality and realise a peaceful world.

Ian took custody of Pete, who reminded him of the son he lost that day. Over time, Pete's presence helped Ian to overcome the grief of losing his family and even considered dropping his support of the project for Pete's sake. Pete now works at the Grimwood Law Office as Ian's assistant.

When detective Guy Bannings got wind of Mariabell's plan and started his investigation, Ian's accomplice Arios MacLaine tried to stop him in a duel. The duel ended in a tie. However, Ian intervened. He grabbed his gun and shot Guy. Having murdered Guy, Ian felt forced to continue with the project.

Unaware of his past actions, The SSS often consult Ian for legal advice and he gives them his full support. A passage into the Geofront is located beneath his law office, which is made use of occasionally. It is only later on that Lloyd would come to discover the truth about how his brother died, but by this time, Ian's plan was well underway and Crossbell was making it's bid for independence.

When the Azure Tree manifested and the Sept-Terrion of Zero came to fruition, Lloyd Bannings convinced Ian to step away from the project, Mariabell intervened by impaling him with conjured shards from her weapon. No vital organs were hit, however, and Ian managed to survive the attack.

When the Special Support Section escapes from the Azure Tree, they take Ian with them and arrest him. He has been in jail ever since.

Before leaving for the Azure Tree and subsequent arrest, Ian left Pete the following letter:

First of all, allow me to apologise for suddenly leaving you with a letter like this.

I once took you in as your guardian. After you started working in my office, you made every day a bliss. From that fateful day, however, I have been dominated by grief and sadness, and I lived for the success of that project.

...I cannot thank you enough. For it was you, even if for a fleeting moment, that made me feel worried...but I was no longer able to suspend the project. I would never forgive myself if I would turn my back on it now.

Pete...I want you to forget about me and live the rest of your days in happiness. I pray to our Goddess in a faraway place for you, bright and wise, to become a splendid grown-up.

Henry MacDowell believed that letting Ian rot in prison would be a waste of his talents, allowing him to continue working as a legal advisor. Around this time, he encountered the singularity Elysium and began conversing with it. Ian's conversations with Elysium prompted the AI to support humanity and developed a personality named Lapis.

When Lapis went to Joerg's workshop in the hopes of regaining her memories, she realized that most of them were locked and that a person named Ian would be able to help him. Rufus and his group made their way to the police academy where Ian was being held, where he explained Elysium's origins and that Lapis was its administrator. When Rufus appeared before Ian to request his services, he suspected that it was Elysium's doing and contacted both Dieter Crois and Garcia Rossi, where the two would join the Supreme Leader while he remained behind to deceive the system. Ian remained behind so that anyone else who wished to seek the truth could find him there. 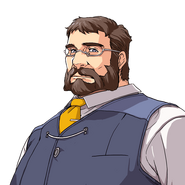 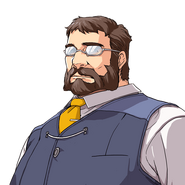 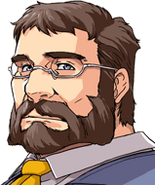 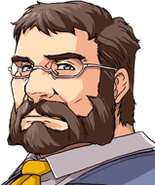 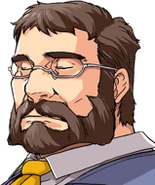 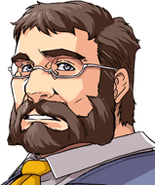 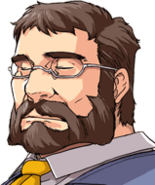 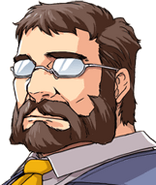 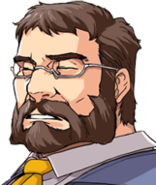 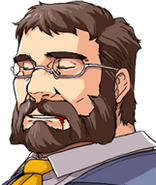