B
v · e
Ilya Platiere (イリア・プラティエ), also written as Platière and known under her alias the Fervent Dancer (の), is a performer with the Arc en Ciel troupe in Crossbell.

Ilya is a young woman with turquoise eyes and long golden hair arranged in long and thick ringlets and curls.

In her casual appearance, Ilya wears a sleeveless cream top which opens from the navel up revealing her stomach, and an undershirt which resembles a cropped collar shirt with a red a tie and black material around the bust.She also wears black three-quarter length pants, red flats and a golden belt accessory around her waist, formed of many hoops. A matching bangle formed of two rings is on her wrist. Following her recovery, Ilya adapts this outfit, wears full length sleeves and pants and without revealing her stomach. the tie is longer and she now wears red high-heeled shoes.

As the Dancer of the Sun, Ilya wears a revealing series of cloths and bands in white and yellow, designed to give her optimal movement. She wears long detached sleeves of gold held up by golden armbands, and thigh high boots. She wears a large bright feathered headdress with a red piece of fabric arranged like a feather with two smaller pink ones flanking it.

On the one hand Ilya's personality is largehearted and fearless, even toward the mafia members in Crossbell City. On the other, she is a caring instructor for her junior performers, Rixia Mao and Sully Atraid, which has earned her the respect of Arc en Ciel's many employees.

Known as the Fervent Dancer, Ilya Platiere is a worldwide celebrity for her performances. Many of her fans travel abroad to see her performances, in which she takes great pride. She always enthusiastically strives to push the performances she is involved with to perfection. She has a large degree of resilience and courage as well, stating that a threatening letter or two would not become between her and her love for performing.

Ilya has been friends with Cecile Neues since they were classmates during Sunday School.

Ilya is a premiere performer and lead at the Arc-En-Ciel theatre, taking on the role of the Sun princess in their latest performance. She has a penthouse apartment in the West Street, but does not maintain it well, with visitors noting the mess and large amounts of broken wine glasses thrown around.

After receiving threatening letters she received from an anonymous sender, she got in contact with the Special Support Section through her long time friend Cecile. Upon receiving the letters, Ilya made it very clear that it would not discourage her from her performing career. After thorough investigation, the SSS were able to determine the source of the letters and during an investigation into Ilya's flat in the Bellheim Apartments they discover the identity of the stalker, Sully. Ilya takes pity on Sully and inducts her into the performance as an actor, giving her the role of the Princess of the Stars and training her.

When the Gnosis controlled Crossbell Guardian Force and Revache attack the city, Ilya is a bit oblivious to the peril of the situation, likening it to an action movie and desiring to fight. Rixia drags her back inside the theatre to safety.

During the Red Constellation's attack on Crossbell City, Ilya was performing with Rixia and Sully when Shirley Orlando severed the wire holding the stage mechanism on the ceiling. Ilya pushed Rixia out of the way to protect her, suffering a traumatic head injury; despite this, even on the verge of unconsciousness, she instructed Rixia on how to finish the performance. Ilya was then taken to St. Ursula Medical College for treatment.

Doctors diagnosed that her injuries were so severe that she would never be able to walk again, not to mention performing ever again. Ilya, however, refused to give in to the diagnosis and worked her way to a miraculous recovery. Even while bedridden, she was worried about Rixia's whereabouts and asked Lloyd Bannings to pass on messages to her.

During the Imperial occupation of Crossbell, she performed the Golden Sun, Silver Moon once again alongside Rixia and Sully. They made their debut return performance on the day that the SSS and their allies ousted the remnants of Rufus' personal guard. The performance was shown on display monitors around the city distracting the guards and general populace.

While relaxing following a performance, Ilya received a mysterious bundle that included a strange mask. Believing that the mask was harmless, Ilya chose to wear the mask, which corrupted her, turning her into the Twilight Dancer. In contrast the bright colours she would normally wear, she now wears a black version of her costume with purple drapes and teal tribal markings on her skin. She wears a gnome-style mask and two violet feather ornaments in her hair, which has turned to a shade of silver. Ilya is quite proficient in combat in this form, using acrobatic movements and throwing knives to attack.

This was part of the mastermind's plan; Ilya still retained her dancing skills, which in turn amplified the mask's corrupting powers, causing anyone who bore witness to her performances to become brainwashed in a manner similar to the Erebonian Curse that had spread across Erebonia and Crossbell in S.1206. Ilya worked alongside the Supreme Leader, a simulacrum of Rufus Albarea to create a Unifed Crossbell Nation. Her performances brainwashed spectators to blindly support his cause.

Ilya is present at the Sun Fort along with Cao Lee and Garcia Rossi when San San tips them off to the SSS's whereabouts. She remains a decoy, nearly landing a blow on Rixia before Zeit intervenes. She reveals herself and teleports away. Later, she is seen leading the Black Guard in an attack on the Moon Temple where Sonya Baelz is making a stand. She uses her dances to enthral Sonya's troops, turning them on Sonya. Lloyd's group reach the temple summit and face her and two demons she has summoned and momentarily get through to her before a mysterious voice takes back control.

Ilya later defends the city, first setting an enhanced Asmodine unit against Lloyd's group while she fights Rixia. She eventually withdraws after the unit is destroyed, fighting alongside the Supreme Leader, who was already fighting Rufus' group. Lloyd's group soon catch up. During the fight, Ilya attacks Rixia, who manages to cleave the mask in half, ending the mastermind's influence over her and restoring everyone who had been brainwashed by her performances. She spends the rest of the time recuperating, joking that she should learn some self-defense techniques. 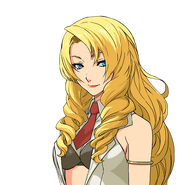 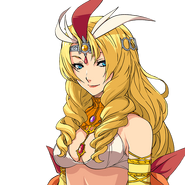 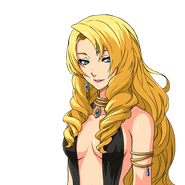 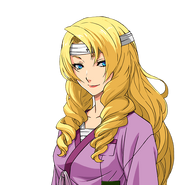 Opening shots of Ilya in Trails from Zero 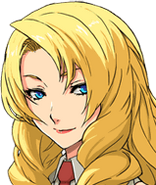 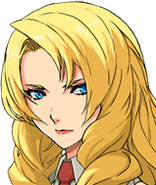 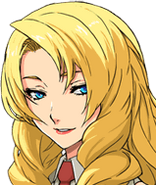 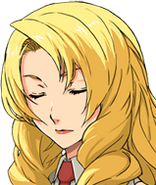 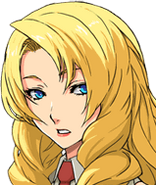 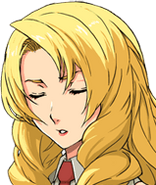 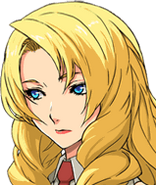 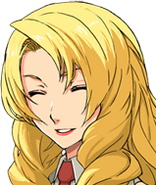 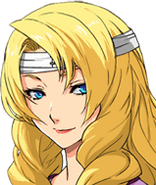 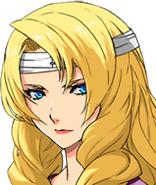 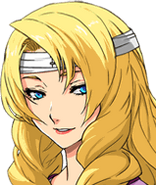 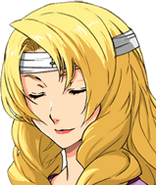 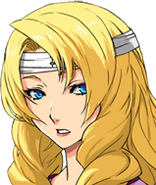 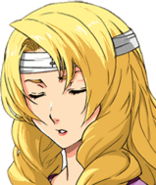 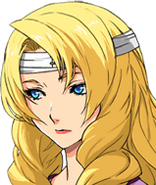 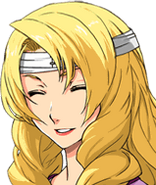 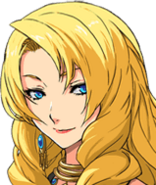 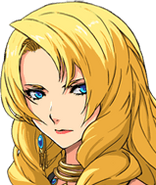 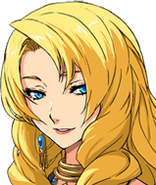 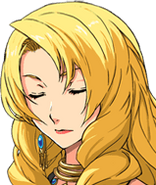 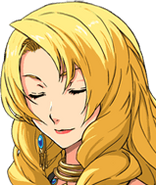 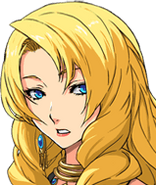 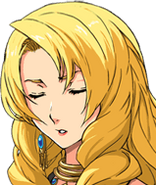 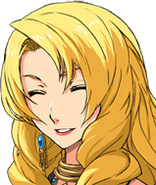 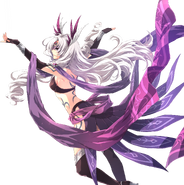 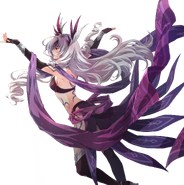