Heimdallr
v · e
The Infernal Castle (), also known as the Vermillion Apocalypse's Castle (きの) and Blaze Demon Castle in Falcom's romanisation, is a castle in Heimdallr. It is usually located beneath the Valflame Palace.

Members of the Hexen Clan can summon the castle through the incantation Lucifen Lied, after which the stage will be used for the Infernal Rite. It offers a stage for the ultimate clash between Divine Knights that have been awakened in preparation for the Rite.

The subterranean castle, approximately 800 arge in height, is pushed toward the surface level by the purgatory's great tree (の). Its roots can be seen surrounding the castle. It is also responsible for spawning high-level spirits in the second stratum of the castle.

As chronicled in the Black Records, the Infernal Castle appeared during the War of the Lions on 1 July, S.952. It was sealed three days later, on 4 July S.952, by Dreichels Reise Arnor and Lianne Sandlot.

During Trails of Cold Steel II, it was summoned again by Vita Clotilde on 31 December, S.1204, only to disappear again later that day.

The castle's layout and contents change depending on both who summons it and what circumstances they summon it in; the iteration seen at the end of the Erebonian Civil War differs from the War of the Lions version. The former consists of multiple sections, indicated as:

The areas are riddled with high-level spirits from the Dark Ages and, in the case of the Erebonian Civil War iteration, archaisms brought in by Ouroboros.

At the end of each stratum you fight a boss:

Note: Rufus Albarea and Altina Orion are never refought in this dungeon, possibly because they are planning to betray the Noble Alliance. 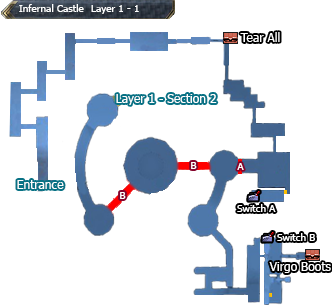 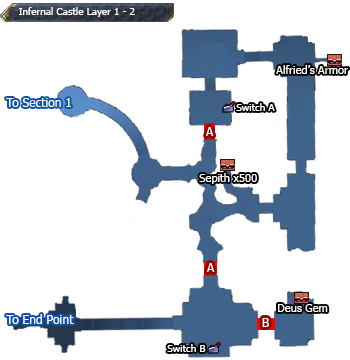 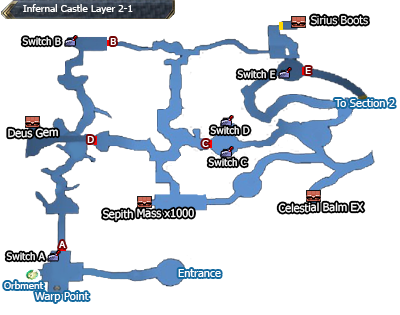 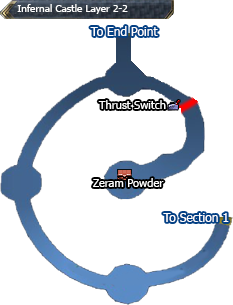 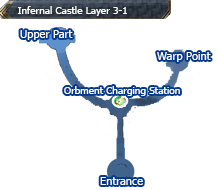 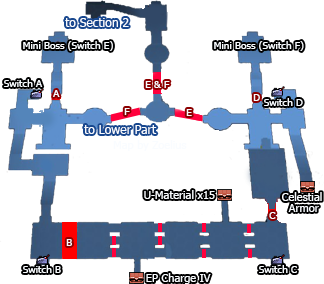 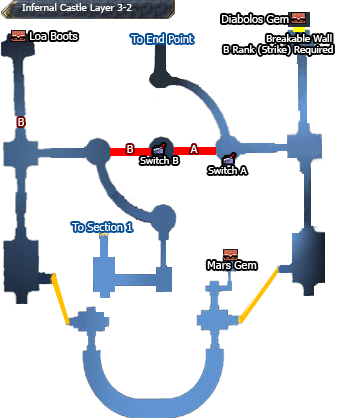 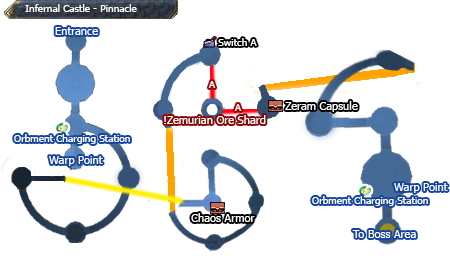