Jack Trevor (ジャック・トレバー), also known under his alias as Victory Jack (勝利のジャック), is a prolific gambler and information broker who lives in Calvard's Eastern Quarter. He is the main character of the Gambler Jack book series.

Jack is a young man of medium size in his early thirties, with wavy dirty blonde hair, stubble and blue eyes. He wears a loosely-buttoned red shirt (described as frayed in the novels) with the sleeves rolled up and a couple of necklaces visible around his collar. He wears dark trousers and has a bangle around his wrist. His accessories are mentioned as being valuable and ill-suited to his appearance.

On the surface, Jack has a lazy, laid-back personality and seems to live a carefree life. In reality, Jack is a shrewd and insightful gambler who is apt at reading people and situations. He is unafraid of taking large risks while gambling, even at the risk of his own life and safety.

Jack used to work for a man named Enrique, for whom he would win card games in the Eastern Quarter's underworld. Jack admired a man named King, who was his friend and long-time mentor in gambling. Jack aspired to be like King and worked hard to hone his skills until he was a gambler of equal reputation. Seven years before the events of Gambler Jack, Jack dueled King in a card game meant to resolve a dispute in a turf war between two criminal syndicates - one led by Enrique and another led by a man named Won. Jack won this duel, and a result, King had to forfeit his life by drinking poison.

Jack spends his introduction winning games in a seedy Calvardian bar on the Northern outskirts of town, while also drinking, fighting, and spending his days in idle recreation. The entry of a mysterious girl named Halle upsets the equilibrium of the room when she challenges Jack to a game of poker and wins. She introduces herself as the daughter of King, the man Jack killed. He invites her to take a shot at his heart with her latest model Orbal Gun. She doesn't take the shot, saying it would be meaningless here, and instead invites him to the harbor. She hands him a card with the signature 'Enrique' - a name familiar to Jack.

Jack travels to the harbor and boards the very same ship on which he dueled King seven years ago. Many from the underworld had gathered to watch the game, including Chief Minister Shamrock, dubbed the 'Monster of the Underworld', who hosted the event. Just like before, a poker match would resolve a territorial dispute between the same two criminal syndicates - only this time, Enrique would be betting on Halle and Won on Jack. At the stroke of midnight, the match commenced.

Jack never spoke to Halle during the games, even with the latter constantly talking, trying to put him off his game. Until, Jack began a story about his past with King and how they were paired off against each other, just as Halle seemingly takes an advantage. Jack reveals he never truly won, and King lost in order to protect his family. Enrique tries to intervene and stop the truth getting out, but Won signals his men to stop any interference. Jack pulls four Kings and beats Halle's four Jacks. Jack had apparently cheated and swapped the hands, but that was okay as long as it couldn't be proven. It was the same trick king used to throw his original match. Jack reveals Halle had been poisoned and the antidote would only be given if he lost.

Jack claims Halle as his prize, saving her life from shamed Enrique. He saves her as part of his debt to king and gradually improves his life from then onwards. Halle later turns up at the bar and challenges him to a game- on friendly terms.

Jack is the star of the Fourth Sun Door, named The Casino -Gambler Jack-, where the player challenges him and Halle to a game of Blackjack or Poker. The game briefly mentions his background from the book, and the patrons of the bar where this take place are enthused about the prospect of Jack taking a match seriously.

Months later after Gambler Jack, Jack and Halle live in relative happiness and they go to a nearby town with a movie theatre. Jack falls asleep during the movie and is chided by Halle. They then meet the very same actress from the movie they just watched, the attractive Nike and old acquaintance of Jack's, Leonard, another disciple of King. Jack is invited to go to a race track with Leonard where they have a race. Jack holds back and is noticed as doing so. Leonard asks him why he held back again. Jack had simply not wanted to embarrass Leonard in front of Nike, and was ashamed that king had always favoured him over Leonard.

Back at the bar, where Halle is the new top dog, Nike shows up. Nike wins against Halle, apparently by cheating but as it can't be proven, it stands. Halle is then kidnapped and Jack given a challenge to get her back. Jack travels to one of Calvard's most known race tracks where it turns out Leonard is behind it. Leonard wants the necklace of Halle's that was given to her by her father King. It has huge amounts of data on the criminal underworld that Leonard wants to use to move up the ranks of politics.

To get Halle back, Jack must defeat Leonard in a game of bets on the car races, which Leonard seemingly wins steadily, but jack takes it at the last moment by placing an extremely unlikely bet and bribing the driver, after sensing the driver wanted an out from the world of underworld betting. Jack provided him with an out.

Nike reveals herself as a Rocksmith Agent and arrests Leonard. The prize money is seized and Jack and Halle return to the bar. Jack reveals the code to the pendant drive, which is used by the authorities. Nike one day returns and proposes working as team once again.

Jack makes his living working as an information broker in a bar in Langport. Van Arkride, who is acquainted with Jack seeks him out under recommendation of mutual acquaintance Dingo Brad to discuss Almata's activities within the city and information regarding Aaron Wei. Jack defeats Van, increasing the information fee by double. Later, Hal is beside herself for losing to some gamblers backed by Almata, Samson and Ritchie. Aaron and Van team up with the pair to defeat them and avenge their reputation- Jack teaming up with Van. They are all victorious. Jack witnesses the arrival of the mysterious fog and the next day speculates about why Aaron's friends were targeted. Van next speaks to Hal and Jack about the warehouse owned by Messeldam trading. From here on, Jack continues to support the efforts against Almata, looking into real estate dealings and feedbacks on the situation in Langport to Van after events at the Hei Long Stronghold are concluded.

Hal and Jack come to Edith after Dingo Brad's passing to gather information in his stead. Jack and Dingo had been friends, working together and trying to outsmart each other without crossing a line like Giacomo Conte did. They continue to hang around in the city until Revolution Day, where Jack takes part in a street race organised between the new Highbloods and the Edith regulars, taking the opposing side and winning his match against Graham. Jack is seen intoxicated requiring Hal to look after him. Jack also attempts to buy a coin that once belonged to the legendary King, so that he can gift it to Hal. He is outbid by someone at the last moment which turns out to be Hal herself who wants to gamble against Jack for it. Jack wins after using her own trick against her and gifts her the coin.

Jack is caught up in the Pandemonium caused by Melchior. He deduces that there is a connection between Gerard Dantes and Van. He requests Van save the others, conversing with Walter Kron about Renne. He helps out on the terminals afterwards. 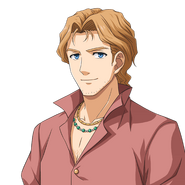 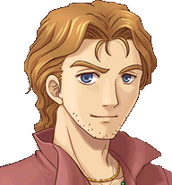 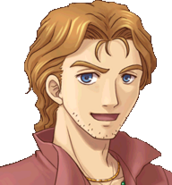 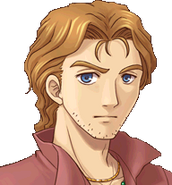 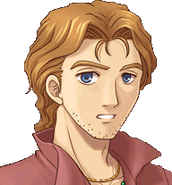 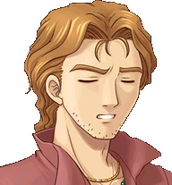 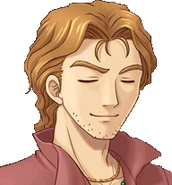 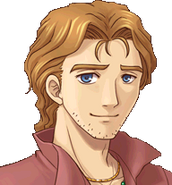 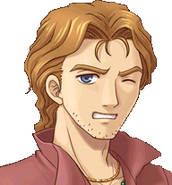