Assault on the Imperial Guilds
v · e
Jester (ジェスター猟兵団) was a jaeger corps active in Zemuria in the early 1200's.

They were a small team that primarily operated from a small, autonomous state on the outskirts of Erebonia.

They became infamous when in early 1202 they re-emerged after six months of absence and launched a series of attacks on the branches of the Bracer Guild all across Erebonia. This action devastated the guild but it also drew the attention of Cassius Bright, who with the surviving bracers and the cooperation of the Imperial Army hunted down the Jesters and captured or killed almost all of them.

This incident was ultimately a plan by Ouroboros to draw Cassius out of Liberl, orchestrated by Campanella, to whom the Jesters were merely a catspaw, and briefly trained by Loewe under his alias "Lorence Belgar" to better maximise their utility.

Following the incident, the Jesters effectively ceased to exist though remnants of the group would continue to cause trouble for some time.

Main article: The Legend of Heroes: Akatsuki no Kiseki#Chapter 1 - Assistant at the Queen's Birthday Celebration

In S.1204, the remnants of the Jesters set so-called Phaia bombs around the Grand Arena in an attempt to blow up the arena. It was a plot devised by Jester's commanding officer, Jericho the Fool, to have revenge on Cassius Bright. The brigadier general, however, caught wind of their plans and devised a counter-strategy: he made sure all 'spectators' in the Grand Arena were officers in the Royal Army in civilian clothing, making it easy to arrest the Jester remnants.

Jericho was arrested and locked away in Leiston Fortress. Soon thereafter, they discover he was killed in prison by an unknown culprit. 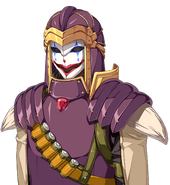 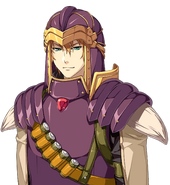