Jill is a young woman with blue eyes and dirty blonde hair, which is long and worn into a high ponytail and tied with a red bow. She wears large round eye glasses. Jill wears the standard female uniform for Students of Jenis Royal Academy, consisting of a white blouse with puffy sleeves, a white cravat around the neck, a navy blue waistcoat with red segments and gold decorations, and a white skirt with similar gold patterns. She also wears smart heeled brown shoes and blue knee high socks.

Jill is a energetic and lively girl who has been friends with Kloe since their first year together. She is a very serious individual towards her duty as student council president, but can be very friendly towards others too.

Jill loves playfully teasing people and pushing their buttons in order to provoke a reaction from them. However, she often defaults to Kloe who threatens her with sweet withdrawals.

She is also a self described "Evil Genius."

Jill is first introduced when Kloe brings Estelle and Joshua Bright over to the school to help out with the school festival and play. She was discussing the play and costumes with Hans. Jill is introduced and then she proposes Estelle and Joshua take up parts in the play, the Madrigal of the White Magnolia. Later that night, Jill allows Estelle to stay with her and Kloe in the Girls' dorm and offers to become Estelle's honorary best friend. Over the next few days, Jill becomes closer friends with Estelle and Joshua as they help each other prepare for the school festival and play. After their last practice session on the day before the festival, Jill leaves to do some stuff for the Student Council.

During the school play, Jill acts as the narrator and at the end of the play announces the end of the school festival. After the play is over, Jill and Hans go and grab the money that they had saved up and present it to Dean Collins who in turn gives it to Matron Theresa. After Theresa and the children take their leave with Carna, Jill says her goodbyes to Estelle and Joshua.

After the mayoral scandal is over and Estelle and Joshua prepare to travel to Zeiss, Jill tells the two of them "goodbye" and her wishes that she hopes to meet the two of them again soon.

During the Queen's Birthday Celebration that does happen again, as Jill is seen with Hans and Kloe in the lobby of the Roembaum Hotel, having come to Grancel to celebrate the festival together.

Jill is still the the student council president, and offers her aid when Estelle and Joshua are seeking the source of the mysterious ghost sightings that seem to originate from the vicinity of Jenis Academy. She organises the teams and groups to conduct an investigation. She accompanies the group to the secret underground complex beneath the Old Schoolhouse but doesn't go in due to not wanting to hold the others back or slow them down.

Jill is present at the Academy when Gilbert Stein arrives to take it over, in search of the princess. After being liberated, she stays safe in one of the rooms as to not get i the way of the following clean up operation.

Some of Jill's earlier school days are revealed in one of the Memory doors. Jill is a member of the school council, but not yet its president, and joins in the efforts to hunt down the person who is, Lechter Arundel around the campus. She is initially concerned about Kloe for being so distant, and inadvertently makes a comment which upsets her. Jill was initially quite judgmental of the orphans but eventually shifted her perspective and asked for forgiveness. The two became fast friends.

Jill is briefly mentioned as Kloe, Lechter and Lucy's reunion as still being in Liberl. 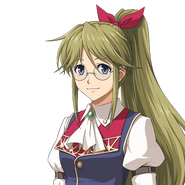 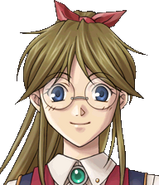 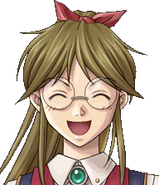 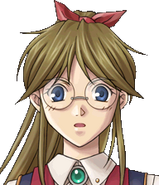 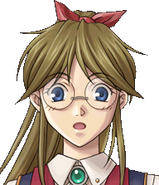 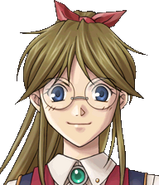 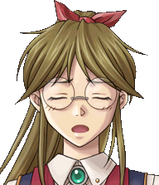 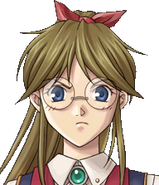 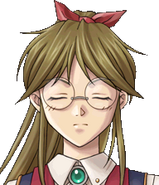 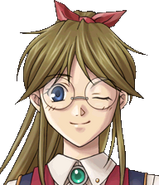 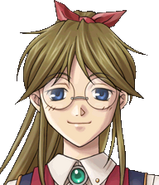 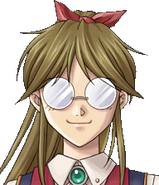 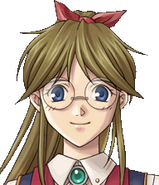 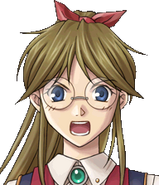 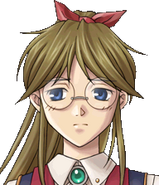 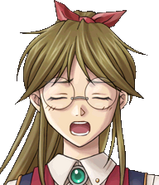