Joerg Rosenberg (ヨルグ・ローゼンベルク) is the chief of the Rosenberg Studio in Crossbell.

Jeorg is an elderly man of great size and girth, with dark brown eyes a white hair and a bushy beard. He wears a grey thick turtle-neck sweater and mustard brown trousers, with a blue craftsman's apron and matching blue shoes.

Jeorg is a reclusive and gruff individual, who takes great pride in his work and taking on jobs only if they pique his interests, although addressing himself as humble. He works in solitude, using his automated dolls to liaise with those who would contact him. Joerg does not mind watching trespassers and visitors die in his facility, although he does warn the latter that he could not guarantee their safety if they went off-path.

Jeorg has a strained relationship with his superior in the 13 Factories network, F. Novartis, despite the latter's praise regarding his work. Jeorg hates Novartis's methods and way of working, considering him inhuman. Despite working for the society, Joerg is also willing to help out in the community, having developed the mechanisms for Arc en Ciel's theatre, stating that it was what the Goddess would have wanted.

Joerg greatly cares for Renne's well-being, as he disapproved of Novartis using her as a test subject for Pater-Mater, and took her in even after she left the society during the events of the Crossbell series.

Joerg is widely known for the high-quality dolls he makes, known as the Rosenberg Doll, which are sold for tens of thousands of mira. He takes pride in his work and only accepts job he himself is genuinely interested in. He was requested to work on the stage and lightning of the Arc en Ciel stage.

The Rosenberg Studio is actually part of the Thirteen Factories, for which Joerg develops the foundation of weapons used by Ouroboros. He is also an old acquaintance of Renne, helping her with adjustments and repairs of Pater-Mater.

Head of the Thirteen Factories, F. Novartis, considers Joerg peerless when it comes to fine-tuning and making the final adjustments to dolls, whether they are consumer collectables or humanoid weapons. He had Joerg do the final check on the Aion.

Despite Novartis' praise of Joerg's work, their working relationship is strained. Joerg loathes Novartis' way of working. When he was still working on the Pater-Mater, Doctor Novartis confiscated the machine and had it sync with a still very young Renne. Especially since Novartis knew the risks of his decision, Joerg considers him inhuman.

Joerg gives Renne a place of refuge in Crossbell after she leaves the society and is trying to make sense of her life. He works on the repairs to Pater-Mater during this time, who had been damaged during Renne's fight with Estelle and Joshua at Liber Ark.

The Special Support Section approach Jeorg on a small number occasions in conjunction with their work, obtaining a doll from him for Imelda or for equipment due for the Arc en Ciel theatre. When he is connected with the Thirteen Factories, the SSS come to ask some questions, he cooperates out of distaste for the professor's ways and gives some small details about what to expect. He has one of automated dolls guide the party in, and sternly warns them not to get lost or they would swiftly die.

Following the Red Constellation's attack on Crossbell City, Joerg became fed up with Novartis' methods, especially when he claimed that the Aion series were the best of the Gordias-class archaisms, when they were completely reliant on the Sept-Terrion of Zero for power. He began helping the group out more as much as he could. He also replaced the damaged Arc en Ciel mechanisms for the troupe free of charge.

After Pater-Mater blew itself up to stop the Aion Type-β, Joerg headed to Mainz to help console Renne in whatever method he could. Pater-Mater's growth had impressed Joerg, stating that he couldn't be prouder of his finest work， but also realized he still knew little about dolls despite himself being a doll master for his most of his life. He also believed that its sacrifice was for the greater good, to allow Renne to process human emotions anew.

Around S.1207, Joerg received a strange request by a client to create a special doll. Combining both the prowess of his doll-making and the Society's technology, he created a doll that was capable of expressing emotions and movement. The client had told him to leave the doll in a trunk near the Temple of the Moon.

Joerg was later called away for an unknown purpose, which resulted in Novartis taking custody of the workshop and modifying its interior. Before he did so, he contacted Renne and asked her to help the doll he had created when the time was right.

It is revealed that Joerg hired Van Arkride to help him move from Crossbell during the re-independence movement. He was the one who introduced Van and Renne to one another, leading to Van helping her to avoid Novartis' reach. Van also delivered Nadia Rayne and Swin Abel to his care. Rosenberg gave Van a turbo-charger for his car as gratitude for his help, but it was destroyed by Walter Kron.

Six months after Renne starts at Aramis High School, he sends her a letter congratulating her and expressing his happiness about how well she has grown. He thanks her for helping Nadia and Swin as well as ridding his Rosenberg Studio of unwelcome guests. He then addresses Van and thanks him, whilst warning him to 'never turn his eyes away from his own soul.'

Joerg can be seen in the Marduk Company headquarters in the ending credit sequence. 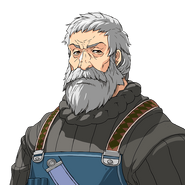 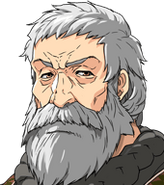 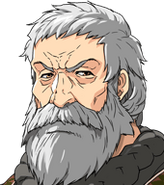 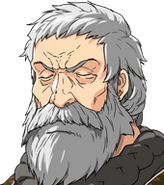