Jona is a young adult with bright blue eyes, freckles and curled blonde hair. When he was younger, Jona wore a multicoloured hoodie, primarily blue, red and white with a cream-coloured hood. There is a dog tag hanging from one of the cords. Jona also wore baggy three-quarter length shorts of blue color and red sneakers.

In his older appearance, Jona now wears glasses. keeping the dog tag, Jona now wears a grey shirt beneath his blue and red jacket, which keeps the same color scheme as his original hoodie. He still wears three-quarter length shorts but they are now of a khaki-brown colour. He wears the same style of shoes, with brown socks now visible.

Jona has a quite-self centred personality, seeking a hedonistic lifestyle where he can utilise his technological talents. He cares little for his physical health, neglecting exercise and having a very unhealthy diet of mostly junk food. he seems to be quite mischievous, playing pranks often and trying to get access into places without permission, just for the fun of it. He gets quite annoyed when forced to do any physical work or complete tasks which take away from his interests.

Since childhood, Jona has been attending special education for talented children at Epstein Foundation. This course is geared toward system engineering. Although Jona is naturally gifted, his grades suffer from his poor behavior.

Following a "prank" that ruined one of the Foundation's experiments and caused them to suffer severe losses, Jona left for Crossbell before he could be reprimanded, where he has been illegally occupying the terminal room of the Geofront until the Cult Incident in S.1204.

Jona lived in the terminal room, which served as his office to sell information and survived on pizzas he had delivered. He was very well aware that he was situated at the heart of the Orbal Network in Crossbell with access to documents regarding businesses and surrounding nations, and had to deal with another hacker, Kitty. He first met the Special Support Section when he was requested to send an e-mail in the name of Yin.

Jona was confident that the SSS would be unable to track him, as no one else had been able to. He failed to notice that Tio Plato was with the group, who was easily able locate him with her own skills. This in turn resulted in him being discovered, and he was worried that she would try to bring him back to the Foundation. He was relieved that she had no intention to do so, but was warned by Lloyd Bannings not to overdo it. Jona proceeded to give them a memory quartz, which Yin had instructed him to do should they find him.

Together with Tio, he returned to the Epstein Foundation headquarters in Leman. Jona worked hard to redeem himself at the foundation. In his absence, the terminal room had been taken over by Enforcer No. 0, Campanella, who had hacked into the system of the Orchis Tower at the time of the West Zemuria Trade Conference, which Jona had to restore the security measures. He installed the latest model of the terminal in the Orchis Tower itself, making it much harder to hack into.

During the Imperial occupation of Crossbell, Jona made himself useful by lending his skills to the resistance.

Jona continued to operate inside Geofront. Despite his "treasonous" posts, the Imperial authorities were unable to trace him. He was in contact with Scherazard Harvey and looked after by Sully Atraid, who would occasionally give him healthy food and drinks, much to his annoyance.

After new Class VII returned to Crossbell to search for the Occult Point, Jona took notice of their arrival and sent an orbal mail to Louise, telling them to meet him at Geofront Block X. The group found it suspicious, but choose to investigate further, seeing that he was aware of their identities. His lack of stamina caused him to lag behind severely and he ended up tripping after a run-in with Heiyue, forcing Ash Carbide to carry him out. He was unappreciative of Ash's efforts, comparing it to being dragged around like luggage.

The day before the World War, Jona went to Mishelam Wonderland, where Tio and Jingo had him record a special reserve show of Mishy for them. He complained about having to record a child's mascot show, but was quickly scared into compliance after Tio threatened to leak his past onto the Orbal Network if he ruined her day.

A few minutes before the war began, Jona sent surveillance footage of the battlefield to key members of Mille Mirage, Radiant Wings and their allies and supporters in preparation for the coming war.

In the operation to liberate Crossbell from the remnants of Rufus' personal guard, Jona works on comms from a terminal in the Geofront. he gives access to the elevators after the guard had previously disabled them and gives updates on the guard's movements to the roof.

Jona remains working on the terminals, trying to locate the source of some new online communication trying to force its way onto the network. He laments the others' attempts to get him to eat more vegetables, insisting pizza and fizzy drinks are enough. he is invited to a party at the SSS headquarters where he gets fed up with Mireille and Randy's 'lover's quarrel'.

Afterwards, Jona helps with the combination of networks between international parties and gets excited at the thought of many companies opening branches in the building. After the takeover by Supreme Leader Rufus Albarea, Jona helps Tio behind the scenes and determines the site of the Reinford factory as the source of the Zauber Soldats with the help of the others.

He is amongst the individuals called into the Castle of Mirrors to investigate the terminal present there. He is later assisting at the medical college. During the final battle, Jona is present on the newly unveiled Arseille II, working on its bridge. 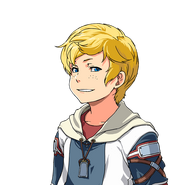 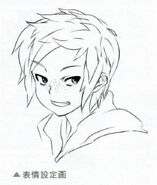 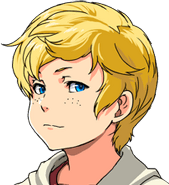 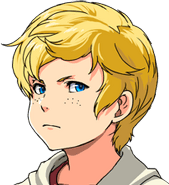 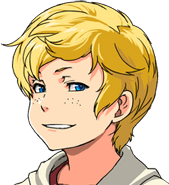 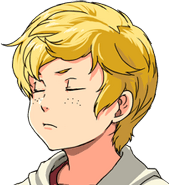 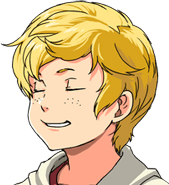 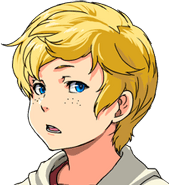 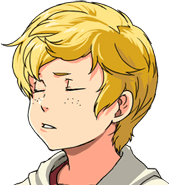 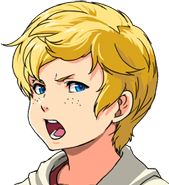 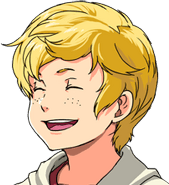 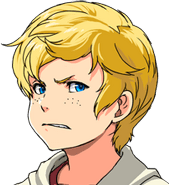 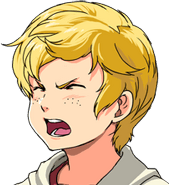