Earth
v · e
Julia Schwarz (ユリア・シュバルツ) is a First Lieutenant in the Royal Army of Liberl. She is later promoted to the rank of Captain

Julia is a woman with bright blue eye sand short green hair. She wears the uniform of the Liberl Royal Guard, consisting of an indigo/royal blue long coat with a short golden hemmed cape, a white surcoat with a golden emblem in the center, puce leggings and indigo boots with leather wrap-around straps. She wears a blue beret with a white feather at the side.She has large spherical ear piercings.

Julia is armed with a slim, ornate rapier with a golden hilt, guard and ruby in the pommel.

Julia Schwarz is a devoted and trustworthy person to both her friends and to her country. She will go to any lengths to protect the Royal Family. She takes her occupation as both bodyguard and personal tutor with a serious manner, but with caring warmth.

During her time at the Military Academy, she received training from Cassius Bright in swordsmanship back when he was an instructor and before he quit the Military. She has also known Kanone Amalthea since they were classmates and rivals together back in the Royal Academy.

She has been a long-time confidant and friend to Princess Klaudia von Auslese and to her highness, Queen Alicia von Auslese. She also has a pet falcon called Sieg.

Julia is first introduced when she arrives to arrest Mayor Dalmore in the Arseille out at sea. Arriving back at the airport, Julia fills everyone in on what happened to Dalmore and how he had no memory upon awakening before leaving. During this report, she also briefly interacts with Alan Richard and Kanone Amalthea who come and praise her on her swiftness in the matter. Julia approaches Kloe and asks her if she is ready and the two of them then leave together to make preparations for an unknown event.

Julia is next seen trying to escape with Kloe from Alan Richard's troops. Seeing the enemy advancing faster, Julia stays behind to fend them off and orders Kloe to run. However, Kloe gets captured and Julia goes into hiding. While in hiding, she gets into contact with the church who help her disguise herself as Sister Ellen. Julia is in her disguise gathering herbs when she is attacked by some bee monsters, from which Estelle and Joshua arrive and rescue her. Special Ops soldiers escort her back home.

On the night before the Semi-Finals of the Martial Arts Tournament, Julia secretly and anonymously contacts Estelle and Joshua to come to the church via Sieg. When Estelle and Joshua arrive at the church, Julia greets them in her nun's garb, but Joshua quickly figures out her true identity. Julia compliments Joshua's observation prowess and removes her disguise revealing herself. Julia explains her circumstances and makes a request to the two of them to win the finals of the Martial Arts Competition and meet with the Queen, giving them a letter to give to the Head Maid, Hilda who can help them in their quest. She also explains to Estelle and Joshua about her shared past with Cassius Bright.

Together with the other Bracers, Julia helps plan out the rescue operation on Erbe Royal Villa which requires the Royal Guardsmen to act as decoys. Julia contacts the other members of the Royal Guardsmen and starts the operation by launching an attack on the military air field, luring the other soldiers away from the villa, while Estelle and company help rescue the princess. After the Princess is rescued, Julia comes running in and shows her delight that Klaudia is alright.

Julia is then seen leading a frontal attack on the palace with the rest of the Guardsmen while Estelle's team sneak into the palace and rescue the Queen. After the Queen is rescued, Julia comes running onto the balcony where the queen reveals the history the royal family and their ancestral duty to hide the Aureole.

After the commotion regarding the Gospel and the Coup is over, Julia is seen at the Queen's Birthday Celebration escorting the princess and the queen to their speech. She can then be found in the Throne Room having a meeting with Queen Alicia, Cassius Bright and General Morgan. Later that night, Julia can be seen in her grandmother's chamber having tea with Hilda, Klaudia and Queen Alicia.

Julia is first introduced guiding Kevin Graham to the room where the Gospel was held in the Sealed Area. Julia acknowledges that they have kept the Chronos rod safe as per the Septian Church's instructions and that they are free to hand it to him whenever he is ready. They discuss the Aureole and the Sealed Area's role in its system.

Julia is then later seen again having a match against Cassius Bright after the earthquake incidents are resolved. During the match, Cassius is trouncing Julia and warns her that her attacks are too predictable. Julia responds by coming at him again with more unpredictability, but Cassius is ultimately the victor. Julia laments her incompetence and General Morgan tells her that it was a magnificent display and reminds her of who she was fighting because he has yet to meet anyone who can defeat Cassius.

Julia plays a central role in the events of Renne's 'tea party' confronting old rival, Kanone Amalthea at the docks when she tries to launch a second coup and free Alan Richard. The royal guard are outgunned when Kanone reveals a gospel attached to the Orgueille, but she is defeated by Estelle and company, with Julia's assistance. Julia's angry comments are dismissed by Kanone in the cells afterwards.

Julia is present for Operation Dragon Capture, piloting the Arseille with the party. when Ouroboros makes their move on the Tetracyclic Towers, Julia provides aid by ferrying the party to each of the towers, where they must land and ascend manually due to a spiritual barrier and spatial distortion effect. After the last tower is disabled, the Arseille is forced to make an emergency landing when the Liber Ark is unsealed and emits a large scale orbal disruption.

Julia returns when a zero-field generator is installed on the ship, allowing it to operate once more, just in tie to prove to the Erebonian forces that they have a means of stopping the city. Julia flies them up to the Ark but they are disabled and forced to crash land when intercepted by Leonhardt and his Reverie Dragion. Julia then joins the party exploring the Ark and eventually proceeding up the Axis Pillar.

After the Aureole vanishes, Julia pilots the Arseille around the collapsing Liber Ark, searching for Estelle and Joshua.

Julia is given a day off from her duties which she spends aimlessly wandering around, trying to avoid the attention of her rabid fans and using a sister of the church disguise to evade them. She runs into Mueller Vander who shows her how he winds down on days off by training, which they do until the day is over and Julia reunites with princess Klaudia.

Julia is one of the individuals brought into Phantasma. She is one of the first to be released on the second plane and helps Kevin Graham and company investigate what appears to be Grancel. Julia notes several disparities but helps the part reach the end of an altered Sealed Area where they rescue Klaudia's crystal.

Later, Julia commands the copy of the Arsielle that they use to escape from the planes and reach Castle Phantasmagoria. She joins one of the four parties storming the Castle and eventually returns to the real world.

Julia and Sieg accompanies princess Klaudia to the West Zemuria Trade Conference being held in Crossbell. Before they arrive there in the Arseille, they receive a message from Alan Richard. When they arrive, many people father around the Arseille to see the princess and Julia.

The day the conference is held, Julia is present during the conference and when both the Imperial Liberation Front and Anti-Immigration League attack it with her helping the Special Support Section by fighting off some of their members. Following the attack, she is present when mayor Dieter Crois declares the independence of Crossbell and later returns to Liberl with princess Klaudia.

Julia is one of the people involved with operation Mille Mirage and gets prepared for the Great War a few minutes before it starts. She is later present at the wedding reception for the marriage of Prince Olivert Reise Arnor and Scherazard Harvey. She stands beside Mueller Vander, Sieg on her shoulder. 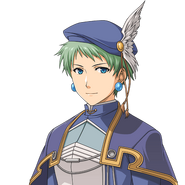 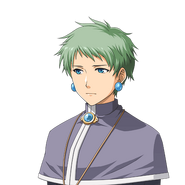 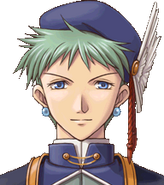 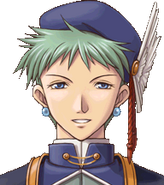 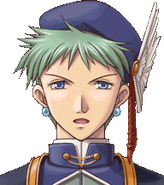 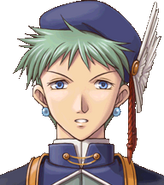 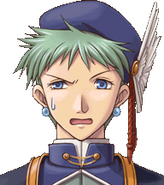 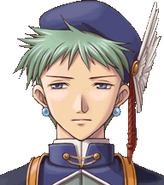 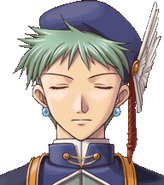 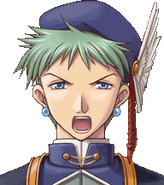 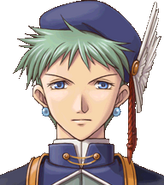 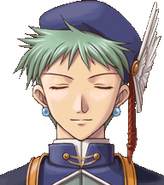 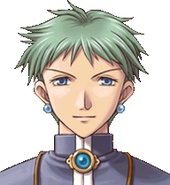 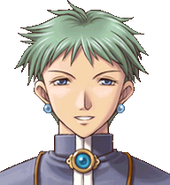 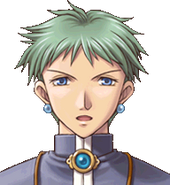 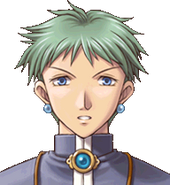 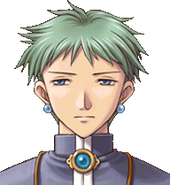 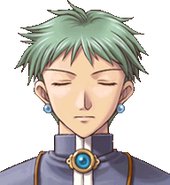 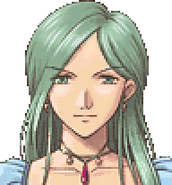 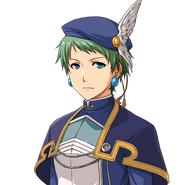 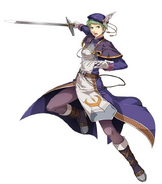 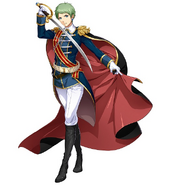