Kiseki Wiki
Register
Don't have an account?
Sign In
Advertisement
in: Characters, Royal Army of Liberl, Trails in the Sky FC Bosses,
and 5 more

Female
v · e
Kanone Amalthea (カノーネ・アマルティア) is secretary at R&A Research and a former Captain of the Intelligence Division of the Royal Army of Liberl.

Kanone is a woman with violet hairs and medium length red hair, worn in two partings. During her time in the Liberl army, she wore a black version of the uniform, signifying her role in the Intelligence Division. She wears the black and white uniform in conjunction with a black feathered beret, purple tights and wraparound style boots. Kanone used an orbal pistol in combat. After she left the military, she wears a smart black skirt suit.

Kanone Amalthea has a very sadistic personality, and is a very strict woman.

She was extremely devoted to Alan Richard in FC, and could fly into a jealous rage if anyone tried to take Alan's attention away from her. She is extremely forceful when push comes to shove. In SC, her devotion to Alan continues ever still as she tries to orchestrate his release from prison. By this time, she has become so desperate that she is willing to sacrifice her life for him and sees no meaning in her life after she is arrested by the Army.

However, thanks to the kinds words of the temporarily released Colonel Richard, Kanone starts to regret her actions and seeks redemption becoming a lot more kinder than her previous self.

Kanone earned a place on the staff of the military operation office shortly after her graduation with excellent grades from the military academy. She was re-assigned to the newly-formed Intelligence Division on Colonel Alan Richard's recommendation.

She was later appointed as Colonel Richard's aide-de-camp, assisting directly with the military operational command.

She was a rival of Julia Schwarz in the past during their days at military academy. They fought often 'like cats' but Kanone expresses that on some level she admired Julia.

Kanone Amalthea is initially introduced as always accompanying her superior, Alan Richard. She makes her first appearance when Estelle and Joshua Bright encounter them in Bose. As the pair of young bracers unravel the mysteries in Liberl, they cast more and more suspicion upon the Intelligence division, Kanone included.

Kanone finally steps into the role of antagonist when she helps Alan Richard capture both the Queen and take over the kingdom in the final moments of the coup. The party encounter her halfway through the Sealed Area, where she proclaims her allegiance to Richard and tries to stop them, unsuccessfully. She escapes capture following the coup's defeat.

After some time in hiding, Kanone appears for the first time after the earthquakes incidents in Zeiss are resolved. Outside Leiston Fortress, Kanone Amalthea is scoped out Leiston Fortresses' Defences and is only later seen when she kidnaps a drunk Duke Dunan. After that exchange, Kanone leads her men into the harbor and orchestrates the theft of one sample Arseille engines and the installation of it into the Orgeuille, she then waits for Estelle and co. to arrive while her men buy some time for her.

When Estelle, Schera and Kevin arrive, Captain Amalthea calls out to them with her men . She states that she wants to put Duke Dunan on the throne and continue the coup, under some mysterious new backer and a plan called Operation: Pride's Resurgence. Scherazard confronts her on her real goal: to rescue Alan Richard. Kanone exits the building in a huge orbal tank. The tank is able to get past the Royal guard and army, through use of an embedded Gospel which disables their weaponry. Julia asks Kanone where she got the Gospel and she replies that she got it from a concerned citizen and that all she had to do was to agree to go along with an experiment.

Kevin decides to use the Chronos Rod artifact and disables the Gospel. Julia gets back up and moves closer to the tank asking how did it stop and Kevin explains that when you break an artifact, there is a release of a huge amount of orbal energy and notes that not even a Gospel can handle all that power at once. They confront and defeat the tank and Kanone. When they talk, it is revealed she was tricked by Renne who reveals herself and her giant archaism Pater-Mater, which breaks off the gospel and withdraws. Straight after that Kanone is arrested by the military.

The next day, Kanone is seen held in the villa being pleaded by Cid and Julia to help them out. Cid then asks what her relationship with Renne and what she knows about Ouroboros, but Kanone declares that she and her men were prepared to lay down their lives from the start. Colonel Cid then chips in and reminds Kanone about how much Colonel Richard loved Liberl and asks Kanone what Richard would do in this situation. Kanone screams at Cid and exclaims how dare you speak of the Colonel's feelings when they were the ones who engineered his fall from power. Kanone continues by talking about how hard she has worked to get a position where she could help the Colonel and that she doesn't have a reason to live now that she's been thwarted and begs Julia and Cid to kill her. After Cassius Bright enters, Kanone's head snaps up and looks at the door as Alan Richard walks into the room, having begged to speak to her. Alan takes the opportunity to apologize to her for making her go along with his selfish ideas and turning her and his men into criminals. Kanone starts crying and wailing after Richard dissolve the Division and take son all responsibility, whilst sharing her feelings about the situation.

When the Ouroboros Society attacked Grancel, the city guard were overwhelmed by their enemies' superior tech. Kanone rallied her Special Forces soldiers in "Operation Clean Sweep". This act helped clear up her name, as Nial Burns and Dorothy Hyatt were taking pictures of the Special Forces driving the enemy out.

Kanone and Alan start up a civilian based research company named R&A Research. When Richard is contacted by a former member of the Intelligence Division, Kanone secretly follows him and comforts him after it goes awry. Cheering him up, they resolve to do right by Liberl and Alan leaves matters in Liberl to Kanone as he prepares to depart for Calvard's Eastern Quarter. 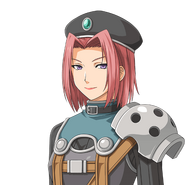 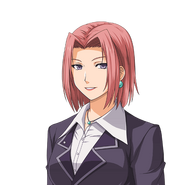 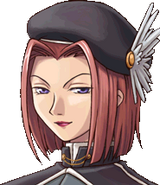 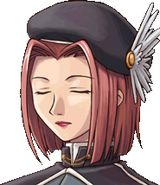 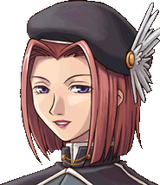 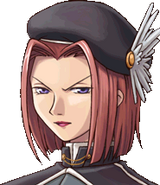 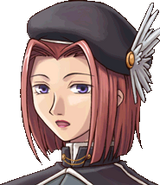 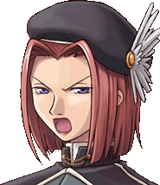 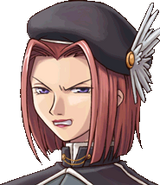 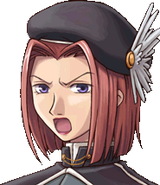 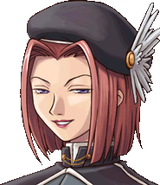 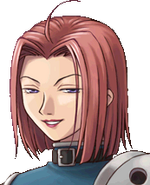 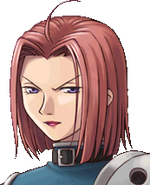 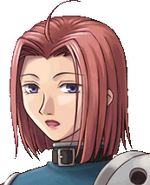 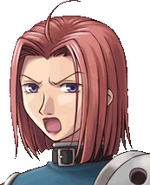 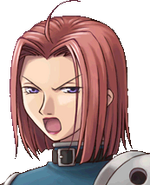 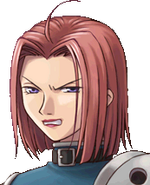 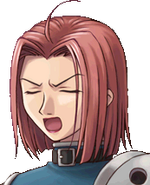 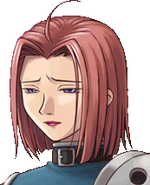 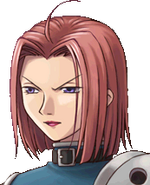 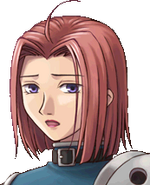 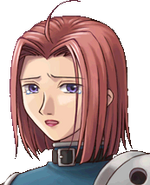 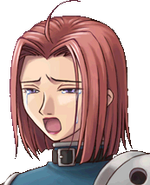 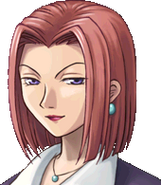 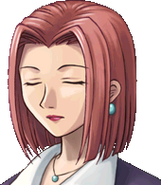 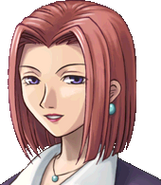 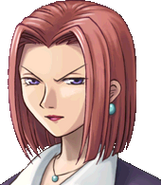 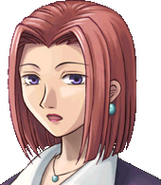 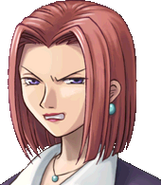