v · e
Kilika Rouran (キリカ・ロウラン), also known as Flying Swallow (),[1] is introduced as the receptionist of the Zeiss Bracer Guild branch in Liberl.

Kilika is a tall woman with aquamarine eyes and very long straight black hair, reaching past her waist.

As a receptionist, she wore a long, Eastern style fuchsia dress with a dark blue hem, over a mint blue long skirt. She wears a decorational blue belt with golden cords around her waist, and a white sash scarf with a bow tied up in the same golden cord around her shoulders.

Upon her employment by the Calvardian government, she opts for a formal business-like white skirt suit with a fuchsia hem. It has a purple collar and is worn with a yellow cravat over a white buttoned skirt. Kilika wears black tights and indigo heeled shoes with a white and red pattern on them.

Kilika uses a pair of ornate chakrams in battle, each with a wooden handle and a white spike attached by several golden braces.

Kilika is a very strict person who can become calm one second and scary the next if agitated. She is incredibly organised and a very astute person.

Kilika Rouran is the daughter of Master Ryuga of the Taito School of Calvardian Martian Arts. She has been raised by her father since she was young to be a martial artist and is quite an accomplished martial artist in her own right.

In S.1196, Kilika met Walter and became his lover some time after he joined her father's school. At the same time, Zin Vathek joined the Taito school and he and Kilika became close friends. They spent many days as good friends, however, tragedy soon struck when Kilika's father challenged Walter, who had started to become obsessed with the "Murderous Fist" path of martial arts, to a duel and lost; forfeiting his life in the process. Walter then disappeared. However, instead of becoming disheartened, Kilika decided to close the school and go travelling across the continent in the hopes of finding Walter in order to bring him back.

After some time travelling, during which she had the opportunity to stay in the MacLaine family home for a time and even take on an apprentice, she settled in Zeiss and became the receptionist at the local Bracer Guild.

At an unspecified point, Kilika instructed Angelica Rogner in the Taito style.

Kilika is met and introduced as the receptionist for the Zeiss branch of the bracer guild. She provides Estelle and Joshua Bright with assistance and aid with their missions in the region, including those involving the gospel and the professor's abduction. She is an older acquaintance of Zin's who is trying to persuade her to have a more active role.

She takes a much more active role when Zeiss is struck by several earthquakes caused by Walter and his experiments with the Septium veins. she takes the opportunity to contact Walter, chiding him for his foolishness and stating she wants nothing to do with him. However, she holds no grudge upon the fact that he kills her father, since it is a match agreed by two parties. After she has said her peace, she returns to Zeiss.

Kilika decides to leave the bracer guild and take up employment with the Calvardian Government under Samuel Rocksmith after spending time with Zin at the Elmo hot springs and a visit from ambassador Elsa Cochrane. She is to be the head of the newly formed Rocksmith Agency.

A copy of Kilika is fought as the final guardian of the 'Looking Glass', a reversed copy of Ouroboros' Lakeside Laboratory, in the Sixth plane of Phantasma after facing several other copies of bracers.

Kilika accompanies President Rocksmith as his presidential aide in the West Zemuria Trade Conference. Before this, Lloyd encountered her on a train and was unawares to her true identity. She provides the Special Support Section with some assistance in their missions. Kilika takes part in the defence of the Orchis Tower when it is attacked by two cooperating groups of terrorists. Later, she assists the SSS by helping them reach the Orchis Tower to confront Dieter at the summit.

Kilika introduces herself to Van Arkride after the later reunites with an old acquaintance, Renne who turns out to have arranged the meeting. Kilika is now the head of the CID analysis division and a co-worker of Rene Kincaid. A month later, She arrives to break up a fight between Walter and Zin in the Dark Light District of Edith. She exchanges pleasantries with Walter before he leaves, before sitting down to discuss Almata with all of the remaining parties. Kilika provides information on Almata's funding and the history of ethno-terrorist groups in Calvard, as well as what she knows about Garden.

With the CID acting as a go-between for the police, military and president's office, Kilika meets up with many authorities following the incident in Creil. She is working to establish a defence system for the capital to prevent something similar happening there.

In the run up to Revolution Day, Kilika meets up with Kasim Al-Fayed, Fan Lu, Zin and Cao Lee to discuss the aftermath of Oración. She gives the party some information regarding remaining Almata linked groups but admits that she hasn't been able to find Melchior. After Almata's remnants are cleaned up, Kilika joins the celebration at the Bistro Montemart. On revolution Day itself, Kilika meets with former superior Samuel Rocksmith and remains as such until Pandemonium envelops Edith. She organizes back up forces should the initial attempt fail to stop the events. 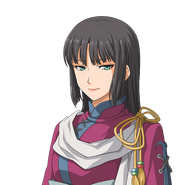 S-Craft (Trails in the Sky the 3rd EVO) 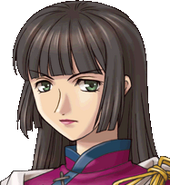 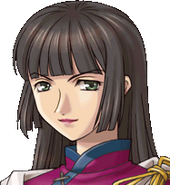 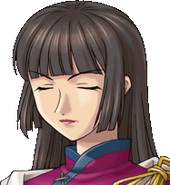 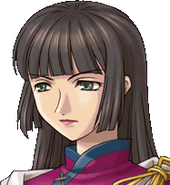 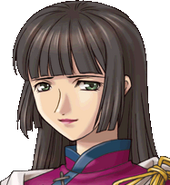 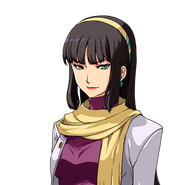 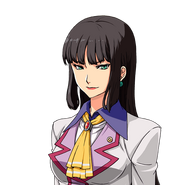 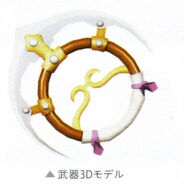 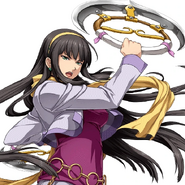 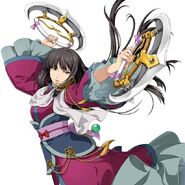 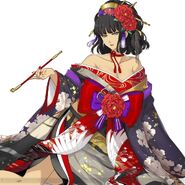