Mirage
v · e
Kurt Nardin (クルツ・ナルダン), also known as the Artful Tactician (方術使い), is a bracer from Liberl. His weapon of choice is a spear and he wields unique Eastern magic known as Fangshu.

Kurt is a man with red eyes and lime green hair. He wears a pale blue shirt and trousers, covered in dark blue armor plates with a gold trim. he also wears several brown belts and a white scarf. Over his left shoulder is a single red shoulder guard in red. Kurt also wears steel plated boots and a red headband.

His preferred weapon is a eastern style spear,similar to a najinata, which he uses in combination with his Fangshu techniques to summon lightning.

Kurt is kind yet honorable gentleman to those that he meets. He is a skilled tactician and has fond love for Calvardian fighting styles. He was particularly inspired by his grandfather and as such loves all things eastern.

Kurt hails from a Calvardian background. He was born in Liberl, but his grandfather emigrated to Liberl from Calvard when his parents were much younger. As such Kurt has a huge deal of interest in far eastern methods of fighting. The special arts that he uses were handed down to him by his grandfather.

Kurt is first introduced in Grancel, where he is preparing for the Martial Arts Tournament with Carna, Grant and Anelace Elfead. He is seen greeting Estelle and Joshua when they arrive at the Grancel Bracer Branch and informs them that he, Anelace, Grant and Carna are going to be participating in the Martial Arts Tournament. After winning the first round of the tournament, Kurt and the others inform Estelle that the Martial Arts Tournament was originally an individual tournament, but somehow got changed into a team tournament at the last minute. He and the others then suggest to Estelle that she and Joshua should join Zin Vathek's team if they want to see the Queen; as he needs team members. Kurt and his team are then seen losing to Estelle in the Semi-Finals.

Before the finals, Estelle and Joshua comes across Kurt in stands and notices that he's not looking too good. Kurt explains to her and Joshua that he had an accident a couple of months ago and suffered amnesia as a result. He then tells them not to worry and that he's sure to get his memories back. He then wishes them good luck in the final match. Kurt then cheers Estelle's team on during the finals.

After Estelle and the others come back from Grancel Castle, they inform Elnan and they go around searching for Kurt and his team on Elnan's recommendation. Kurt is found in his room at Hotel Roenbaum trying to recover his memories. Once Estelle enters the room, she, Joshua and Zin explain what happened at the palace with Queen Alicia. Kurt is shocked by the revelation, but is even more shocked when he realizes that the Black Orbment is real. Kurt then starts suffering a large migraine and starts screaming. Seeing his reaction, Zin figures out what is wrong with Kurt and uses a breath technique on him.

After some explanation on the technique, Kurt recovers and recalls what he remembers. Kurt explains that he was asked to investigate the men in black by Cassius Bright. While he was investigating them, he had discovered the Black Orbment. He then tells the group that he stole it and sent it to Cassius, but then somehow Estelle and Joshua got it. He then admits that everything after that is a blur and its likely that his memory was erased.

Kurt then goes with the group to the Bracer Guild where he finds out about the rescue operation to rescue Princess Klaudia and the other hostages. He comes up with a plan of attack and then participates in the operation by distracting the guards and taking them out. After Princess Klaudia is rescued, Kurt then participates in the Grancel Castle recapture operation and helps retake the Castle. He is then present when the Queen thanks them during the Queen's Birthday Celebration Speech and is present during Estelle and Joshua's promotion ceremony to Full Bracer.

After the speech, Kurt can be sighted on the second floor of the Sunnybell Inn having drinks with Grant. He tells Estelle that he has reclaimed his memory now, but still can't remember the guy who brainwashed him.

At the end of the channel, Estelle and Anelace are shocked to see Kurt standing before them. Seeing the look on their faces, Kurt informs the pair that are many secret passages within the Channels. When Anelace asks Kurt about the documents, Kurt readies his weapon in response and says that they have to beat him in order to grab them. Estelle and Anelace then fight Kurt and win.

The lodge they are staying at is attacked over night and Kurt is injured.. More jaegars arrive and capture Kurt. Estelle and Anelace decide to go on a mission to save him from Grimsel Fortress which is a new training facility and the place most likely to be where where he is held. At Grimsel Fortress, Estelle and Anelace encounter the boss jaeger in the centre-most room on the 4th floor. After the battle which results in the jaeger's defeat, Estelle and Anelace notice how similar the jaeger's fighting style is similar to Kurt's. They then hear some voices and the two other jaegers walk out revealing themselves to be Carna and Grant.

As all of the jaegers remove their masks, Estelle realizes that the entire thing was just a test. Kurt then gets up and explains that the final test has been a tradition at the training ground. After some self-loathing on the pair's part, Kurt consoles them and then officially congratulates them for passing the Le Locale Training Program. He then tells them that they'll officially be on the next flight to Liberl tomorrow, and they'll have a party tonight to celebrate their passing of the program.

Later, Kurt is once again hypnotised and fored to protect Ouroboros' Lakeside Laboratory. Estelle, Kevin and the party defeat and release him, but he is then incapacitated.

In the past, Kurt rescues and advises Schera when she and Aina Holden are on the run from jaegars pursuing the latter. He defeats a wanted monster in the sewers of Grancel.

A copy of Kurt is created to oppose the party in Phantasma's Sixth plane, in the area known as 'The Looking Glass' a reversed copy of the lakeside laboratory. He is incapable of fighting his nature, meaning although he realises what he is doing, he cannot stop from fighting. 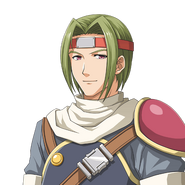 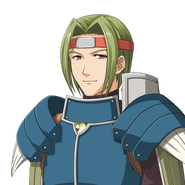 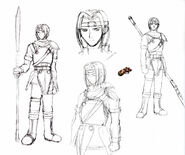 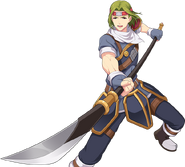 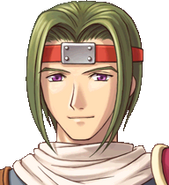 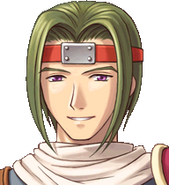 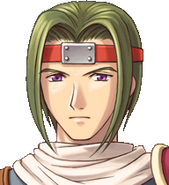 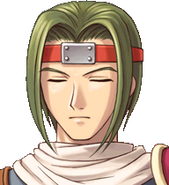 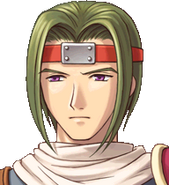 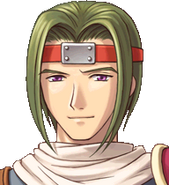 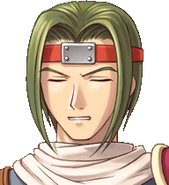 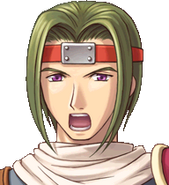 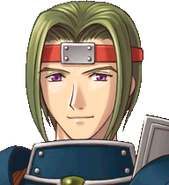 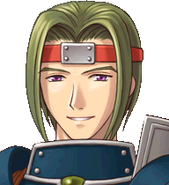 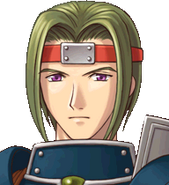 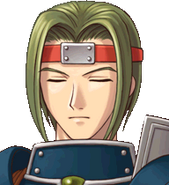 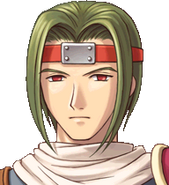