Wind, Water
v · e
Kurt Vander (クルト・ヴァンダール) is an intermediate at the Vander school and a student at the Thors Branch Campus.

Kurt is a young man; unlike the other men of his family, who have brown hair and a bulky build, he has light blue hair (inherited from his mother) and a slim build. Kurt wears the standard uniform of Thors Branch Campus, a blue blazer and waistcoat over a white unbuttoned shirt, with black trousers and brown shoes

During the events of Trails of Cold Steel IV, Kurt wears a white sleeveless vest with a blue-sleeved shirt underneath. He also adds a pouch around his thigh, brown gloves and a light blue cravat.

Kurt uses dual swords in combat. They are long and silver with gold patterns and feature an extra limb attaching from the blade to the crossguard. He later obtains the blades used by his ancestor, Roland Vander.

Like his older brother Mueller, Kurt was excited to protect Cedric Reise Arnor in a manner similar to how Mueller did for Olivert Reise Arnor. When this privilege was revoked, he fell into a depression. Despite this, he still cares for Cedric's well-being.

Although he gets along well with his family, Kurt was initially plagued with doubts. He considered himself to be inferior because of his appearance and the fact that he had to settle for dual-wielding rather than the large swords the Vander school is known for. This changed after his experiences at the branch campus, in particular with his instructor, Rean.

Kurt was born in Erebonia. He is the son of Matteus Vander and his second wife, Aurier. Until the age of 10, Kurt lived in Parm where his family ran the Vander Training Hall. When Matteus was appointed as guardian of Emperor Eugent III at the Valflame Palace, they moved to Heimdallr.

Kurt is specialized in the Vander school twin blade techniques, making use of the agility of his slender body. Making it to the level of intermediate at a young age demonstrates his natural talent for swordmanship.

Kurt was raised with a strong sense of duty to become the future guardian of the Imperial Family. That prospect vanished when Chancellor Giliath Osborne relieved the Vander family of their duty, arguing that "the protection of the imperial family should not be monopolized within one family" and subsequently spread the Vanders across the empire.

Growing up alongside his brother Mueller, Kurt assumed it would be his duty to protect Crown Prince Cedric similar to how his brother has been protecting Prince Olivert. His disappointment had him withdraw from enrolling at Thors Military Academy, but Mueller encouraged him to sign up for the branch campus anyway, where he enrolled in Class VII.

Despite being hesitant and initially off to a rough start with his instructor, Rean Schwarzer, Kurt eventually warmed up to him and with his help, began to accept himself for who he was. Kurt first proves this to himself when Rean initially refuses to let the students join him in tracking down Ouroboros, seeing it as a slight on his honor. Kurt, with encouragement from the others, resolves to follow Rean anyway and proves essential in providing enough assistance from his Soldat to help Rean fight the Aion Type-γ II.

Kurt also has encounters with prince Cedric Reise Arnor, and is confronted with the loss of the Vander's role as guardians.

Kurt continues to support New Class VII throughout their following field studies in Crossbell, Lamarre and the capital, and joins the operation to hunt down Calvardian agents in the capital and the subsequent plan to defeat the reborn Zoro-Agruga. Kurt joins Rean all the way down the Gral of Erebos to the final tier.

Two weeks following the Gral of Erebos events, Kurt wakes up and finds himself in Eryn Village alongside Juna and Altina, following Musse's departure to begin Mille Mirage. The new Class VII make a resolution to help travel around the Empire and place stakes that will allow them to locate the missing Rean. Through their efforts, they eventually reunite with Ash, Musse and face Rufus Albarea in the Lake Elm Wetlands. They are able to locate the Black Workshop where they get through to a berserk Rean and he is successfully rescued.

Kurt then accompanies Rean in their efforts around the empire, first retrieving comrades at various sites such as the mansion in Ordis, Dreknor Fortress and Einhel Keep at the Branch campus. They then attend the conference to discuss Operation Mille Mirage onboard the Pantagruel. Kurt continues to lend his support to Rean afterwards, locating the shrines and special grounds for the Rivalries and overcoming the barriers that have been placed upon them. He also has the chance to encounter Cedric. During his bonding events with Rean, Kurt rediscovers his ancestor Roland's blades and inherits them after defeating Mueller in a trial.

Kurt is present in the final operation to storm the Tuatha De Danann for the final rivalries and takes part in the battle. He manages to get through to Cedric, and help him stand on his own two feet and fight for what he wants.

He later attends the Imperial wedding of Olivert Reise Arnor and Scherazard Harvey.

Kurt is present at several events take that place before the main story, including the Branch Campus Academy Festival, the tasting of food for the Imperial wedding, aiding Tita Russell with the Orbal gear (acting as an obstacle) and the Erebonian Martial Arts Tournament. He also is involved in solving a mysterious case at St. Astraia Girls' School, going undercover as a female student and eventually foiling a devil's plot. During this operation, his cover is eventually foiled when they fight the devil, causing Wayne's sister, Myka, to develop a crush on him.

In his first main story appearance, Kurt accompanies Rean with the rest of new Class VII to Ymir where Claire had invited them. There they are tested by his father, Matteus Vander and Claire to see if they are strong enough for the important mission of finding the missing Prince. Kurt assists Rean in facing Matteus, with Matteus refusing to let his son get off easy as he instils a sense of fear in to them for the trial. They successfully prove themselves, although Kurt sustains some injuries during the fight.

Kurt joins Rean in the Nord Highlands where they hunt for the missing Prince Olivert. The group encounters Darlton and the 23rd Armored Division, and solve a case involving automated tanks, the revolt of the 23rd Divison and the rescue of the prince. Kurt then witnesses the arrival of a giant Divine Knight in white which disables their aircraft and a strange occurrence with Rean's hair turning white and eyes changing.

Kurt is present for the final battle against Elysium at Reverse Babel. 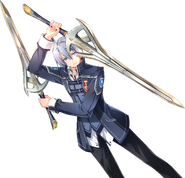 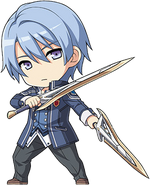 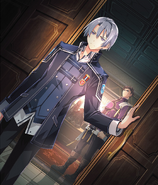 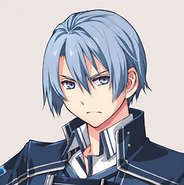 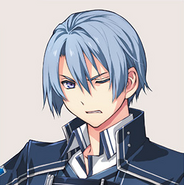 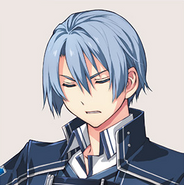 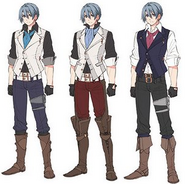 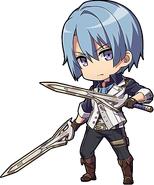