Lila （リラ）is the head maid of Mayor Maybelle's household in Bose, Liberl in Trails in the Sky FC, SC, and the 3rd.

Lila is a young woman with green eyes and medium length straight indigo hair. She wears a maid outfit with a long black dress, white apron and frilled hairband on her head.She wears tights, dolly shoes and a yellow ribbon tied into a bow around her neck.

Lila is a very solemn individual. She is very serious and dutiful to her duties as a maid. However, she doesn't emote much and often seems depressed and withdrawn.

She is not afraid to reprimand her boss from playing hooky from her work.

Lila was originally born and raised in the Leman State where she went by the name Raini. Just before the Hundred Days War, Raini was on vacation with her parents in Bose when the war began and they were trapped in Bose. During an attack on Bose, Raini lost both of her parents when the Erebonian Army attacked the City of Bose and bombarded the Market.

Initially in such a state of shock where she couldn't even speak, Raini was rescued and taken in by the then Mayor of Bose and his daughter Maybelle and given the name Lila. Since then Lila has continually acted as Maybelle's bodyguard, assistant and caretaker.

Lila is first seen out in the streets of Bose urging her boss, Mayor Maybelle to get to mass. Lila is first officially introduced when Estelle and Joshua come up to her in the church. When the pair ask about her Bose, she humbly apologizes and says that her boss is playing hooky from mass and is most likely in the Bose Market inspecting all of the shops. In the Bose Market, Lila spots her mistress scolding two shop owners for jacking up their prices. They reconvene and travel together to Anterose Restaurant to have a discussion.

Lila is next seen after the events at Haken Gate, trying to shoo reporters Nial Burns and Dorothy Hyatt away from the mayor's estate. She then guides the trio inside and show them to Mayor Maybelle's office before going back to her work. After the incident with the Linde is over, Lila says her goodbyes and leaves with the Mayor. Talking to the two, Lila extends her thanks for putting the mayor's mind at ease and gives them a gift as a thank you. She then says her good-bye to the pair.

Some time before the Queen's Birthday Celebration, Lila and Mayor Maybelle are escorted to Grancel Castle by Kanone Amalthea of the Intelligence Division under the auspices of a banquet invitation by Duke Dunan von Auslese. After Estelle and co. enter the palace for winning the Martial Arts Tournament, they enter one of the rooms and greet Mayor Maybelle and Lila. Lila and Maybelle are happy to see the pair, and after some brief getting reconnecting talks - Lila and Maybelle explain their circumstances.

After the events at the Sealed Grounds are settled, Lila can been seen with Estelle and co. attending the Queen's speech. After the speech, she can be seen hanging out with the mayor and then later in their room. At night, Lila and Maybelle explains to Estelle that Joshua's song is an Erebonian folk song and Lila adds that they used to play it in the Leman Province where she was born and raised.

A couple of months later, Lila gets caught up in the dragon attack on Bose Market. She is inside of the building when Ragnard lands on the roof and gets crushed while pushing Maybelle away from some falling roof debris. She gets caught the debris and is later rescued by Zin Vathek who pushes the beams off her body. Afterwards, Lila is taken back to the Mayor's residence where she stays in a coma for the rest of the dragon incident. She awakens a little before the final attack on the dragon's nest in Nebel Valley and is soon back to work again.

One week after the dragon incident is over, Lila is working when Estelle and co. come by with a photo of a girl in a blue dress. Seeing the picture, Lila freaks and Estelle explains that they got the picture from a woman who was looking for her niece. Lila though denies knowing anything about the photo.

Maybelle calls Lila and talks about how Lila may feel obligated to her and her family, but Lila explains that she understands but the girl called Raini has long since been dead. Maybelle then scolds Lila for lying to herself because that's something that her father never wanted to see and begs her not to let his lessons go to waste. Maybelle then urges Lila to go and see Corna and Lila reluctantly agrees calling Maybelle terrible. Maybelle explains that driving a hard bargain is what she does and says she will accompany Lila.

After the group meets Corna in the restaurant, Lila agrees to visit Leman and see Corna in the future, to which Maybelle states she will join her and eagerly starts to plan this.

Lila is caught in a misunderstanding when the others assume she is secretly dating a man named Lenard. She is actually arranging a secret vacation for Maybelle at the Kingfisher Inn and states she has no intentions of getting married before Maybelle. 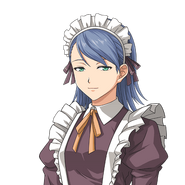 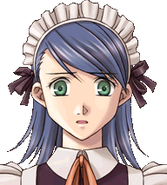 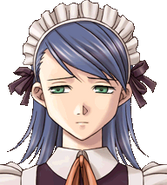 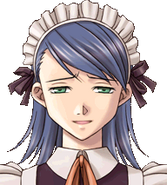 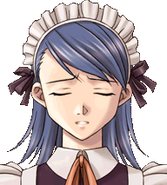 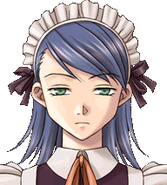 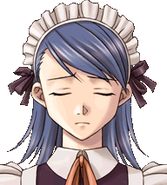 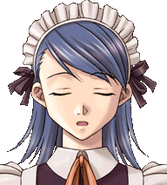 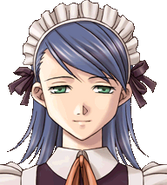 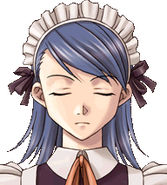