Although the exact details of its construction are uncertain, the presence of a trial grounds door links the site with the Gnomes and Hexen Clan of Erebonia, as part of the Divine Knight system. In this case, Argreion was once sealed within the castle.

At an unspecified point during the War of the Lions, Lianne Sandlot began using the castle as a stronghold with her Eisenritter. Although she awoke the knight, Argreion from here, this was not common knowledge. As a result of her impact on history, Lohengrin Castle became a historic site following the conclusion of the war, and it became the duty of the Arseid family to make sure everything is maintained. The castle area is a site of great spiritual turbulence, possibly due to the proximity of concentrated Septium veins. When the spiritual world is disturbed, the castle bells tolls, tremendous amounts of fog is generated and fiends and spirits manifest.

About 250 years after the conclusion of the war, the sound of a bell resounded from the castle, and the castle began to glow a faint blue, enveloping the town of Legram in a dense fog. Two children head off to Lohengrin to investigate, and as a result Class VII is asked to find the children and bring them back to Legram.

When the group arrives at the castle's entrance, they notice a strange glow and an unnatural aura surrounding it. They surmise that the higher elements might also be in effect in the castle as well, before heading inside. Upon entering the castle, the door behind them closes and becomes sealed by magic. At this point they also notice that spirits are wandering the castle. While exploring the castle the party fights their way through ghostly, supernatural beings. In the castle's basement they happen upon a large door which they cannot open. They notice patterns on the door similar to the ones on the large door in the Old Schoolhouse. They leave the door and continue searching the castle for the missing children. Various doors throughout the castle are also sealed by magic, requiring orbs of varying colors to be destroyed before entry can be gained.

In the keeps of the castle, there was an exceptionally large orb, which after repelling an attack from Millium Orion, summons Nosferatu, the Immortal King, to defend itself. After defeating Nosferatu, the orb attempts to absorb the spiritual energy of Class VII, entrapped in a barrier caused by the orb, until it is suddenly pierced by the spear of Arianrhod, who dissipates all of the energy gathered in the orb and releases the Class.

Rean and party enter the castle and to see Emma and Laura battling a cryptid. After the two of them defeat it, another being mysteriously appears from what seems like another dimensional portal known as Zelvenom, the Gluttonous Lizard. Together with Rean's team, they proceed to battle the large creature.

A few months later the bell tolls once more, and fog again envelops the town of Legram. This time the Bracer Guild requests that Class VII investigates. Upon entering the castle they find that just as before, spirits are wandering the area. Upon advancing in the castle they encounter Lucifuge, a mutated Nosferatu, this time with no orb to summon it. Upon defeating Lucifuge, Rean Schwarzer notes that the door before them bears a striking resemblance to the door in the Old Schoolhouse that served as an entrance to the Realm of the Great Shadow. Celine responds by saying that while there used to be a Divine Knight sealed here, it is no longer present, and she does not know where it currently is.

Lohengrin castle is seen in the background as one of the fake salt pillars manifests near Legram. 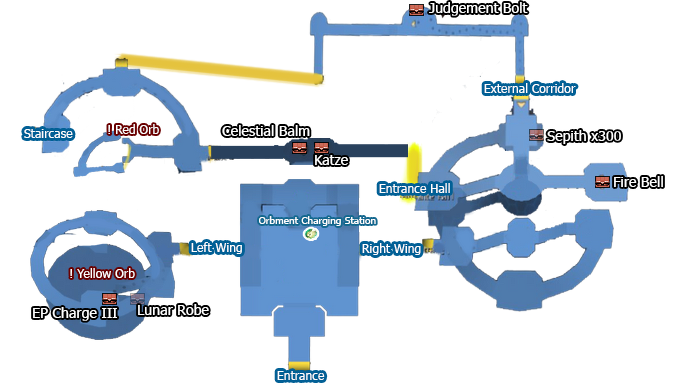 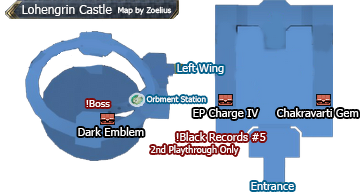 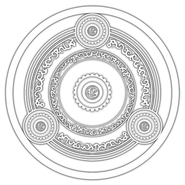 Texture file of a magic circle seen in the Castle