Marconi is a portly man on the older side with brown eyes, and very little grey hair on the sides. He wears an extravagant purple suit with a gold hem, white decorated lapel and green gemstone buttons. His trousers match. He also wears a pink shirt and white neck-tie. Marconi usually has a cigar in his mouth.

Marconi is conniving and ambitious but lacks the sheer intellect to go toe-to-toe with more potent criminal syndicates like Heiyue or even the actions of the fledgling Special Support Section. In his desperation to come out on top, he resorts to extreme measures that are not always well thought out. He is extremely avaricious, willing to sell out his partners and debase himself for personal gain. He believes himself to be extremely powerful and influential, but this mostly just due to the actions of those around him, and he is outplayed at every turn.

Marconi was born in S.1148. In S.1196 he ousted the fourth don of Revache and immediately assumed office as the fifth don himself. Marconi's right-hand man is Garcia Rossi.

Under Marconi's reign, Revache aimed to improve their relationship with the imperial faction of the Crossbell government. With imperial faction Speaker Hartmann's support, they started smuggling and launched the Schwarze Auction as a new source of income.

Sometime during his rule, he saw Guy Bannings as a threat to his mafia and sought to assassinate him. However, before his men could do so, Guy had already been killed by someone else. Regardless, the Revache mafioso took his badge as proof of his demise.

After a few mafioso reported back that they were defeated by the Special Support Section, Marconi watched as Garcia scolded the men for their failure against rookies. Although he insisted on carrying out punishment, Marconi stopped him, as they needed to focus on Heiyue's growing influence and that the Schwarze Auction was their highest priority, ordering them to ignore the police and guild as they were currently insignificant to them.

Unfortunately, the Schwarze Auction was soon revealed to be a front for illegal smuggling, causing Hartmann's support to waver. Marconi vowed revenge on the SSS for their actions.

As the influence of Calvaridian mafia group Heiyue grew in Crossbell's underworld and the ruin of the Schwarze Auction, Marconi felt pressured to deal in Gnosis, which brought him into contact with Joachim Guenter. Although Gnosis was seemingly harmless, it soon turned his men insane and a few of them even transformed into demons. Marconi and a few other members were thrown in some of the Sun Fort's cells.

He later encountered the SSS team along with Estelle and Joshua during the Cult Incident as they searched the Sun Fort for more victims of the cult. Marconi was initially relieved that they would be rescued, only to be enraged when one of the mafioso recognized them as the ones who ruined the auction. He blamed them for enraging the Chairman and that he had to walk down this "dangerous path", but Estelle called him out on this claim. Joshua asked if he was associated with Joachim; Marconi quickly denied it, claiming that he didn't know Gnosis was a harmful drug. He then asked Lloyd to open the cell and bring them somewhere safe, only to be called out because it was his men that had distributed the drug to the populace as a test to see if it was safe and as a means of money should it work.

Elie then told that they could not rely on Hartmann once more to protect them as he was under suspicion for his involvement with Joachim. Estelle then asked Lloyd what he intended to do with the mafioso, as she didn't want to leave them inside, but was concerned that they would try to escape. Joshua backed Estelle up, but stated that they would respect Lloyd's decision. Lloyd opened the cell door, but warned Marconi and the other mafioso to stay put as there were still monsters roaming around and they would most likely kill themselves if they attempted to escape. Marconi then ordered them to get out of his sight.

Before Lloyd and the others moved on, Lloyd showed Marconi his brother's police badge. Marconi recognized it as the "detestable detective" and tried to avoid Lloyd's questions, but was put in place after he gave him a dangerous stare. Marconi then collapsed under pressure and told him that his men didn't kill Guy, but revealed that he intended to order a hit on him because he was a "pain in the ass". Tio believed he was either telling the truth or faking it, but Marconi was insistent that his men did not kill Guy, and believed that Joachim did so. 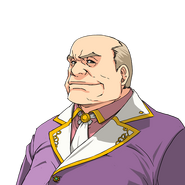 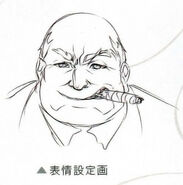 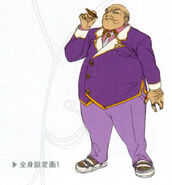 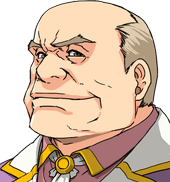 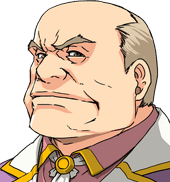 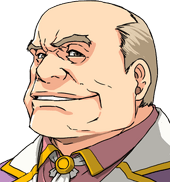 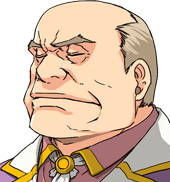 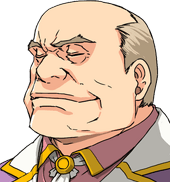 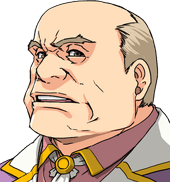 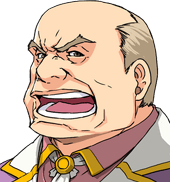