Female
v · e
Mary (メアリー) is one of the young orphans who lives at Mercia Orphanage with Matron Theresa.

Mary is a young girl with bright emerald coloured hair worn in two pigtails in ringlets and deep crimson eyes. She wears a lilac shirt with a gold hem, white sleeves and cerise cuffs. She also wears a cerise skirt, smart brown shoes and white socks. She has two cerise hair bobbles on each of her pigtails.

Mary is the responsible one out of the orphans. She knows when Clem has been up to no good and acts as a second mother to the other orphans.

Mary lost her parents at some unknown point prior to the game.

Mary is first seen when Estelle and Joshua come to Mercia Orphanage to get Estelle's badge back from Clem. She is watching and lecturing Clem who is showing off the badge for his behavior, when Estelle rushes in and demands he give it back. Mary then watches as Estelle chases Clem around, catches him and then tickles him. Looking to Joshua, she asks what is going on. Suddenly, Kloe comes out and seeing Clem in distress orders Sieg to attack Estelle and confronts her. Seeing Kloe, Clem yells at her to help him, and Mary and Daniel ask Kloe about the Apple Pie. Joshua then comes over and quickly soothes the situation and as he is about to explain Matron Theresa comes out.

Seeing the ruckus, Matron Theresa correctly assumes that Clem has been up to no good again. Clem denies this, but Matron Theresa tricks him into confessing and makes him give the badge back to Estelle. Clem then runs off and Mary and Daniel join everyone in eating the apple pie. She is then next seen playing in her room with the other kids.

Later that night, as Mary and the rest are sleeping, Matron Theresa smells a fire and runs in to wake everyone up. Mary wakes up and follows Matron Theresa and everyone else downstairs in a attempt to escape. However. as they are about to reach the door, the roof collapses and they are trapped inside. Praying for help, a silver-haired stranger comes in and saves them. The stranger then calls for help from the nearby town and when they arrive, they put out the blaze and escort Mary and the rest to Manoria Village.

The next day, Mary is seen greeting Kloe, Estelle and Joshua who have come in to check on them. After talking for a bit, Mary is escorted downstairs by Kloe for some breakfast while Estelle and Joshua talk with the Matron. After the conversation with Mayor Dalmore, Mary is seen playing outside when she notices that Clem is missing. Seeing him gone, Mary runs to Estelle, Joshua and Kloe for help and tells them what happened. She then goes to tell the Matron what happened.

Mary is one of the children seen during Jenis Royal Academy's school festival. She comes along with Matron Theresa and the other kids. After having fun at the school festival, she goes with Matron Theresa and the other kids to watch Estelle, Kloe and Joshua's play. After the play, Mary goes backstage with everyone to congratulate Estelle, Kloe and Joshua about their play and appears delighted when Dean Collins comes in with a bag of donation money to rebuild the Orphanage with.

Mary then goes with Carna and the others back to Manoria Village. However, along the way, her group is attacked by bandits who knock out Carna and Theresa and run off with their money. She is unhurt, but stays with the Matron until a passerby comes along and helps them by taking them to Manoria Village. She is then seen crying in Kloe's arms when Kloe and the rest come into the inn worried, after hearing about what happened to them.

As everyone else is crying, Mary and Clem tells the trio what happened and then sees the trio plus Agate off. She is then later seen thanking Estelle and Joshua after they get the money back from Gilbert Stein and the brainwashed Ravens; and later on is seen playing with the other kids in Manoria Village after Mayor Dalmore's arrest.

The orphans decide to get a gift for matron Theresa. The boys run off leaving Polly and Mary to find a gift for themselves. They wander around the area, visiting Ruan and gathering ideas. During a walk along the shoreline road, Polly wanders off leaving Mary alone.

Mary gets lost and ends up in the mountains, and begins to panic. She encounters a strange fairy dragon-like creature who is initially scared of her but they soon make friends. Mary ends up flying on its back and she forgets the sense of danger. After falling asleep she wakes up and is found by Polly and Grant, who take her back to the orphanage for a party. Mary finds a happiness stone in her pocket. 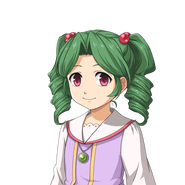 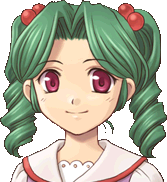 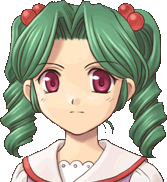 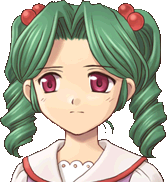 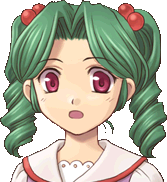 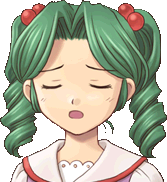 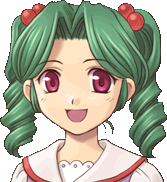 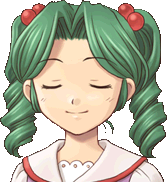 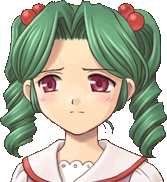 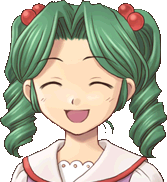 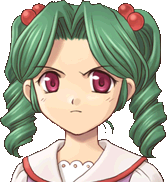 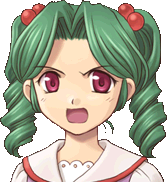 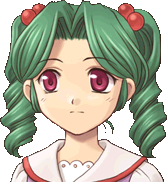 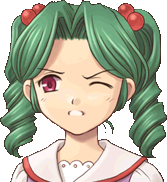 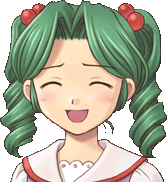