Kiseki Wiki
Register
Don't have an account?
Sign In
Advertisement
in: Characters, Royal Army of Liberl, Trails in the Sky FC Characters,
and 2 more

v · e
Maximillian Cid (マクシミリアン・シード) is the defense commander and officer in charge of Leiston Fortress in Trails in the Sky FC and SC.

Maximillian is a adult man with medium length brown hair and blue eyes.He wears the traditional officers' uniform of the Royal Army of Liberl: a green and white coat, brown belts and golden cords, navy trousers, and green boots. Maximillian is armed with a sabre.

Maximillian Cid has a strong, clever yet noble personality. When the Intelligence Division takes over control of Leiston, Cid is forced to reluctantly serve them otherwise he'd face imprisonment like General Morgan. However, rather than be controlled by them, he stealthily resists by using his position of feigned loyalty to perform subtle acts of rebellion against them e.g. letting Estelle and co. escape with Albert Russell. He cares deeply for his family.

Maximillian Cid is a Major in the Liberl Royal Army who is in charge of defending and maintaining Leiston Fortress. He has been friends with Cassius Bright since his time in the army and has a wife and daughter back home.

Maximillian Cid first appears when Estelle and Joshua Bright go to Leiston to determine whether or not Professor Albert Russell is being held there. After some prodding, Maximillian agrees to meet with them and after discovering that they are Cassius' children, tells them that the army thinks that the kidnappers had slipped through them during the night and that they may be heading towards the border checkpoint.

Taking the photo evidence that Estelle and Joshua gives him, Maximillian then orders the guards to close the gate. But, due to a running experiment with the Gospel, the gate fails to close, causing Maximillian to apologize to the two of them before asking them leave.

He is later seen talking with Professor Albert along with Alan Richard and Kanone Amalthea where they threaten to hurt Tita unless Albert helps them. He then leaves the room. After some guards sound the alarm, Maximillian is seen giving orders to all the guards.

After Estelle and co. come out of the prison area in the command centre, Maximillan secretly calls out to them and guides the group to his office. In his office, Maximillan explains what has been going on with the army to Estelle and co. and opens up a secret passage to allow them to escape the fortress. As the rest of the group sneak into the passage, Maximillian informs Estelle and Joshua on Cassius' role in securing the victory for the army during the Hundred Days War. Maximillian then closes the passage behind them and deals with the guards knocking on the door.

After the battle with Reverie, Cassius Bright reveals that Maximillian was being forced to help the Intelligence Division because they had taken his family hostage. However, Cassius has since rescued his family and Maximillian was helping General Morgan take back control of the Royal Army.

After the events of the Coup in S.1202, Maximillian is promoted to Lieutenant Colonel for his loyalty and his role in protecting the professor. He invites Estelle and company to Leiston Fortress in order to complete a training exercise against some of his men in a series of back to back fights. Cid is involved in asking Estelle to investigate a series of threatening letters sent to all the parties involved in the Erebonian-Liberlian Non-Aggresion Pact- the first of which arrived at Leiston Fortress. He then moves to the Erbe Royal Villa and asks the final report to be delivered there.

Maximillian comes to the aid of Queen Alicia and Kloe, when the Enforcers of Ouroboros storm Grancel Castle and take the pair hostage. He was hoping to launch a surprise attack, but narrowly misses out on landing a blow. Alan Richard and the Intelligence Division soon arrive to provide more back up and Ouroboros are forced to retreat.

Maximillian Cid is overseeing the retrieval and management of the unknown artefact from Valleria Lake, the Recluse Cube. He contacts Kevin Graham to ascertain the nature of the artefact and whether or not it poses a concern.

In Phantasma, a copy of Cid is fought in Leiston fortress, but is ultimately defeated and commends Richard on his strength. 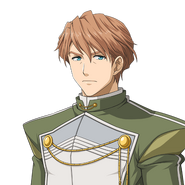 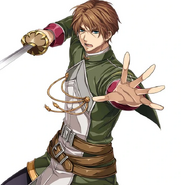 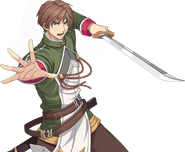 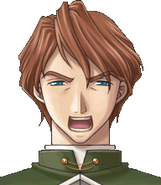 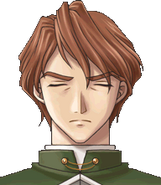 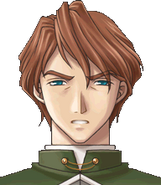 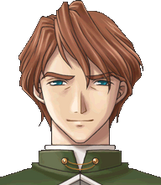 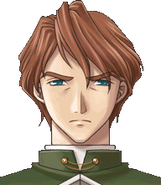