Kiseki Wiki
Register
Don't have an account?
Sign In
Advertisement
in: Trails in the Sky FC Characters

Mayor Klaus is an elderly gentleman with medium length greying hair, beard and moustache. He wears a long navy coat with a gold hem, over red trousers and a white amice. He wears a burgundy short high collared cape over the amice, as well as a leather belt. Klaus also wears brown boots and a green belt around his waist.

Mayor Klaus is regarded to be a trustworthy individual that is widely popular amongst the populace of Rolent.

Despite his position, Klaus still lives a rather modest life, enjoying fishing trips or tending to his garden. His fondness of gardening is what earned him the nickname "Ol' Man Klaus" around town. He's a collector of antique books and a lover of corn cream stew.

Unlike the city of Ruan, which has been overseen by the same family of nobles for a long time, Rolent's mayor was picked by popular support and Klaus was elected to his position because of people's trust in him.

Klaus is a member of the Fisherman's guild.

Mayor Klaus was one of Estelle and Joshua Bright's first clients, requesting them to drop by the Malga Mine on his behalf and retrieving a large piece of septium from the mining chief that was to be engraved and presented to the Queen as a birthday gift from the city. This seemingly simple task wasn't completed without significant hurdles. First there was a sudden outbreak of monsters in the mine due to a cave-in connecting a monster nest to the mine. After that was dealt with and the piece of septium was seemingly secure in the mayor's safe, the house got robbed and the thieves made off with the Queen's birthday gift, forcing Klaus to make another request of the bracers.

The culprit turned out to be Josette Capua: a girl who visited the mayor in the disguise of a student, but who was really a sky bandit. Mayor Klaus was quickly charmed by her act and had no idea that his visitor was really casing his place. Fortunately, Estelle, Joshua and Scherazard Harvey managed to track down the thieves before they could make their escape and the piece of septium was recovered.

Several months later, Estelle and Joshua ran into Mayor Klaus again during the martial arts competition in City of Grancel. Being a member of the Royal Assembly, Klaus was somewhat forcibly invited to attend a dinner at the castle where Duke Dunan von Auslese announced that he'd be succeeding Queen Alicia as ruler of Liberl. Like all mayors, Klaus was quite shocked at the news and was quite relieved when the coup that Dunan's announcement was part of was thwarted.

Mayor Klaus is first mentioned in the prologue of SC by his maid Lita. Lita tells Estelle that Klaus and his wife are still in Grancel and that they are touring the capital.

When Estelle is diverted to Rolent due to the strange mists. Mayor Klaus requests their assistance in solving the mysterious sleeping plague that is affecting the populace, including his maid Lita. The emergency has forced him to ground all the airliners until the situation is under control. he states he cannot attend a conference in Grancel in good faith until they have found a solution.

When the orbal shutdown occurs nation-wide, Klaus comments on the fact Rolent is less reliant on orbments than other regions but still affected, citing the incident at Malga Mine. He states it is a time for people to come together. 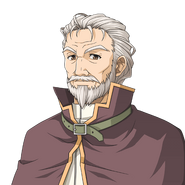 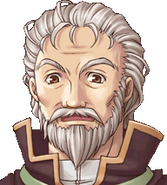 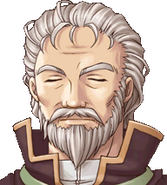 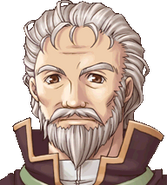 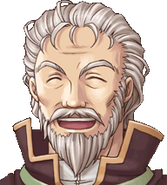 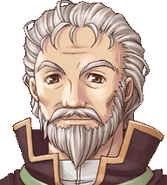