B87/W58/H88
v · e
Mireille (ミレイユ) is a military officer of the Crossbell Guardian Force. She is a Warrant Officer and she is stationed at the Bellguard Gate at the western border between Crossbell and Erebonia.

Mireille is a young woman with long wavy blonde hair and green eyes. She is almost always seen in her Guardian Force uniform consisting of a black and dark grey shirt, skirt and leggings, a red sash and neck-tie, boots and a knee protector. She also wears a black beret, tilted to one side.

Mireille has a stern personality and is often seen with a matching facial expression. She is a strong believer in what is right and is willing to fight for her beliefs even against opponents and forces of great strength. Beneath her stern exterior, she keeps feelings for her comrades close to her chest, specifically those towards Randy Orlando. On the surface, she addresses him as a good for nothing and happy-go-lucky guy. However, she deeply cherishes the brooch he gave her as a congratulatory gift for her promotion.

With Commander Douglas absent from his post frequently, Mireille is regarded as the actual commander by many of the Bellguard Gate guardsmen. She is a former colleague of Randy Orlando.

During the Cult Incident, Mireille and her team are manipulated into attacking the IBC building after their corrupt commander orders all units to take a spiked supplement drink laced with Gnosis. Mireille is amongst the forces that assault the IBC where the SSS are holding out, taking part in the endless waves of soldiers deployed against them to retake KeA.

After the incident gets resolved and Commander Douglas was demoted, Mireille was promoted to Second Lieutenant under Sonya Baelz as the new commander.

In her new capacity as Second Lieutenant, Mirielle supervised a rehabilitation training in the Knox Woodlands over the summer that followed, enlisting the temporary services of Randy to help train the force.

When the Crossbell Guardian Force changed into the Crossbell Defense Force after the declaration of independence, Mireille acted as the leader of a resistance that questioned the new military structure. In the mountains and terrain surrounding Mainz, Mireille and her forces made their resistance efforts, coming into conflict with the Red Constellation.

As Crossbell's independence and its Defense Force were declared illegitimate, Mireille's rebellious attitude was overlooked and she was reinstated by Sonya. She assisted Sonya in maintaining order among the confused citizens as the Azure Tree appeared and disappeared.

With the annexation of Crossbell into the Erebonian Empire, Mireille once against contributes to resistance efforts, possibly being amongst those trapped by Operation: Birdcage due to her connection with the SSS.

Mireille leads a detachment of CGF forces against Governor General Rufus Albarea's personal guard in Crossbell city. She pulls up in an armoured vehicle and begins the operation, swiftly taking out several patrolling units as part of a city-wide operation to liberate the city.

At an unspecified time, Mireille and Randy are present in Mishelam when efforts to locate the and contain an orbal net virus are underway. Mireille is saddened by the news that Randy is going away temporarily to hand over classes to his successor and in the heat of their conversations, others think they are having a 'lovers' quarrel'.

Following this, Randy and Mireille meet up in order to discuss security preparations for the signing ceremony- a situation many others mistake for a date, something she denies.

She is once again placed into the role of a resistance fighter when Supreme Leader Rufus Albarea launches a coup on the city. She is heavily injured in the fighting and spends a great deal of time recuperating in Mainz, operated upon by Professor Seiland. Her surgery was ultimately successful and she returns to active duty in the CGF.

After the conflict is over, Randy proposes to her. 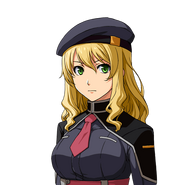 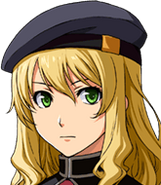 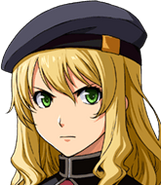 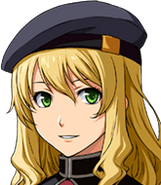 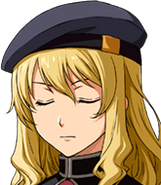 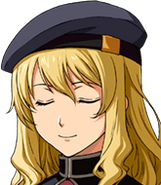 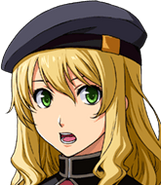 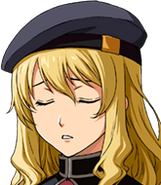 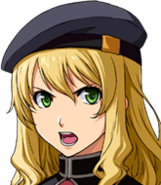 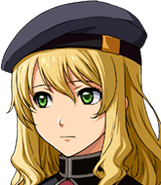 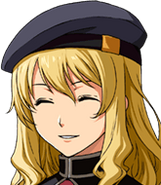 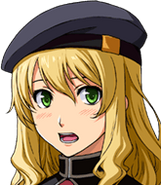 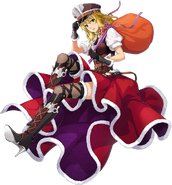 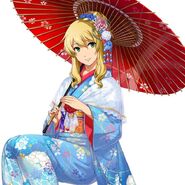 Randy and Mireille in the CGF
Community content is available under CC-BY-SA unless otherwise noted.
Advertisement