Kiseki Wiki
Register
Don't have an account?
Sign In
Advertisement
in: Trails in the Sky FC Characters, Characters, Artifact Users

Morris is a middled aged man with reddish brown hair, moustache and eyes. He wears a green and gold double breasted coat with a gold hem, reddish brown trousers and green loafers. He also wears a short red cape with an orange collar and blue cord to tie it together.

Morris Dalmore used to be someone who maintained a good public image. As mayor of Ruan, he wanted to do his best for his citizens and to improve the city. He was very courteous to everyone and was supportive of the Bracer Guild. Morris Dalmore deeply values his family traditions and prestigious past.

However secretly, Dalmore was a greedy individual. When he became overwhelmed by debt due to some bad financial trades in Calvard, Dalmore became desperate and started valuing his image more than his city. His later actions suggest a genuine desire for atonement however and hope for a second chance.

He was born to the prestigious Dalmore Family, a line of reputable nobles who had been the mayors of Ruan for generations.

Prior to S.1202, Morris Dalmore had gone a trip to Calvard, and as a result wound up in massive debt, after making some bad financial deals. To repay some of the debt, he ended up using some of the town's money to pay some of them off. Some time after this, Morris Dalmore and his assistant, Gilbert Stein, encountered Captain Lorence Belgar and his special ops soldiers and fell under their influence.

In his altered state, Dalmore came up with a plan to recover the money that he'd lost. By building a set of luxury villas along the coast and selling them to wealthy nobles e.g. Dunan von Auslese, he thought that it would allow him to pay off the rest of his. However, there was one hinge in his plan and that was Mercia Orphanage, as Matron Theresa had refused to sell her land to him. In retaliation, he then started to plan an arson plot against her and the orphanage.

Morris Dalmore is first introduced with Gilbert Stein stepping in to help Joshua, Estelle and Kloe after they were harassed by the Ravens. After the Ravens leave, Dalmore addresses the groups and apologizes to them, especially Kloe for what happened and for the Raven's actions. After speaking highly about the Bracer Guild, he offers his help to Estelle and Joshua should the Ravens cause them any trouble again.

After Mercia Orphanage gets burned down, Morris is seen entering the room where Theresa is recovering in. Morris extends his sincerest apologies about what happened and asks if they are okay. Theresa says that she's fine, but she doesn't know what to do now since they have no home. Morris offers to shelter both Matron Theresa and the children in one of his villas in Grancel which shocks Kloe and Theresa. Theresa is unsure about the relocating, but Morris allows Theresa some time to think on his offer.

Morris later appears at Jenis Royal Academy's Festival as one of its annual patrons and meets with Dean Collins. He then watches the school play and contributes some of his money to the rebuild of the Orphanage.

During the battle at Varenne Lighthouse, Gilbert Stein reveals that Morris was the orchestrator of everything because he wanted to build a set of villas on the actual site of the orphanage. Estelle and co. then arrest Gilbert and his crew and lock him up in the Manoria Village windmill, with Carna as their guard until the proper authorities arrive to claim them.

Back in Ruan, Morris is shown to be wining and dining a drunken Dunan into buying one of his properties, when Estelle and co. bust into the room. Estelle and co. confront Morris and talks about how sick his actions were. An emotional Kloe then asks why he done something like this. Nial Burns then busts into the room and half-breathedly reveals Morris' financial problems as his motive. Realizing that he has been discovered, Morris heads to the back wall and opens a secret passage in it. Suddenly, two of his monstrous pets comes out and Morris orders them to attack Estelle and her party. Estelle and co. then proceed to thrash them.

After the battle, Morris declares that "it is not over" and pulls out an artifact from his cloak. He then activates the artifact and freezes all time in the room including Estelle and co. Seeing their state, Morris starts bragging and explains to Estelle and co. that the artifact he is holding is called the Chronos Rod and that it is one of his family's treasures. Estelle stills struggles against it and verbally lashes out at Dalmore. Hearing her insults, Morris gets angry and goes to kill her. Joshua though gets angry and tells him to back away from Estelle, while making a murderous face.

Morris gets intimidated by this and decides that Joshua is the bigger threat, so he backs away from Estelle and moves to kill Joshua instead. When Dalmore moves to kill Joshua though, Estelle screams. Suddenly, the Black Orbment in Estelle's pocket activates and releases a light that destroys Morris' artifact, enabling Joshua and the others to break free. Seeing his artifact broken, Morris escapes through his secret passageway out to his own personal yacht. He then tries to escape by sea with Estelle and co. pursuing him, but then the Arseille appears and knocks him and his boat out. He is captured out at sea by Julia Schwarz and the crew of the Arseille.

After the ordeal is over, First Lieutenant Julia Schwarz reveals to Estelle and co. that Dalmore and his goons have been arrested. She then reveals that when Dalmore regained consciousness, he was completely unaware of what he had done. However, she states that he would still get punished for his crimes. Morris Dalmore is then last seen in a prison cell at Leiston Fortress.

It is revealed that after Morris' arrest, he was deposed of his position as Mayor, and all of his assets became temporarily controlled by the military. During Ruan's Mayoral Election Campaign, a soldier reveals to Estelle that after the election the Royal Army is planning to give Mayor Dalmore's mansion back to the City of Ruan to be used as a City Hall.

Dalmore states that that is true, but explains that he is here with the proper permissions. Estelle scoffs his claim and Dalmore gets offended. Estelle states that he deserved it after what he did to the orphanage and starts angrily yelling at the top of her voice. Joshua calms Estelle down and tells her that they should listen to him. and they'll decide whether he's worth trusting later. Estelle reluctantly agrees. Dalmore explains that he was also a victim of the case as well, as he was controlled by someone and he has vague memories of it. Dalmore also claims that he had to pay a humongous bail out of what fortune he had left. Joshua understands and has to explain to a clueless Estelle what bail means. After Joshua's explanation, Estelle claims that she is still not digging it and Joshua remarks that its not impossible for Morris to be here. Joshua admits that there were extenuating circumstances, but Estelle asks Dalmore why he is here. Dalmore explains that he intends to make a new start for the Dalmore Family by rebuilding it and he's starting a new business to save for that. Estelle gets back to her original question and Dalmore explains that its a Sepith Trading Store and Joshua remarks that its a brilliant idea. Joshua asks where he gets the sepith from and Dalmore claims that he has his own channels which makes Estelle question his reliability again. 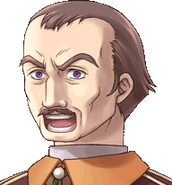 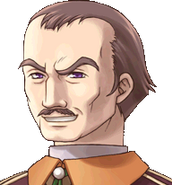 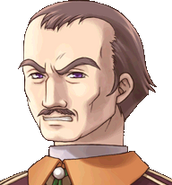 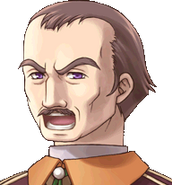 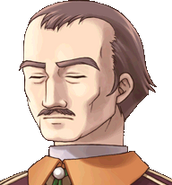 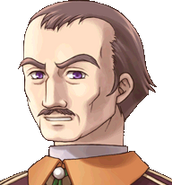 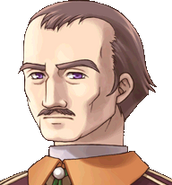 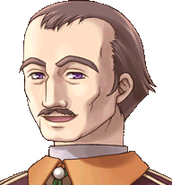 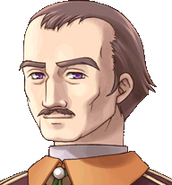