Male
v · e
Murdock (マードック) is the factory chief of Zeiss Central Factory and therefore mayor of City of Zeiss.

Murdock is a elderly gentleman with deep brown eyes and dirty blonde hair, swept back. He has a thick moustache. Murdock wears a pale red collar shirt with a blue waistcoat featuring three golden buttons. He wears brown leather loafers and loose brown trousers, fastened with a leather belt with a gold buckle. He also wears a white lab coat with lapels similar to a suit, referencing is role as both a factory engineer and the role of mayor within Zeiss.

Murdock is a kind elderly gentleman who fulfills his duty as Factory Chief splendidly. He is hard-working and cares greatly about his people and Liberl in general. He can be called an expert in orbal technologies, however, his real talent lies in managing others.

While Murdock is a excellent leader, the burden of leading a company and the negative fallout of Albert Russell's experiments does tend to get on his nerves and make him stress. Prior to the smoke ban in his company, Murdock used to be a smoker. Although Murdock had kicked that habit, he sometimes still smokes whenever he is under a lot of stress.

He also likes to fish in his down time.

Prior to becoming factory chief, Murdock worked under Albert Russell and C. Epstein as a Orbal Technician and researcher at Zeiss Engineering Factory to bring about the Orbal Revolution to Liberl.

Murdock has also been good friends with Albert Russell and his family for a long time. Even after Albert resigned as chief, he still allows Albert to work there. However, he becomes exacerbated whenever one of his experiments causes trouble for the city.

Murdock is first introduced when Estelle and Joshua are escorted to his office by Tita Russell. After introducing themselves and getting down to business, Murdock examines the 'Black Orbment' in their possession and explains to Estelle about some aspects of Orbal Tech e.g. serial numbers located on their side. After examining it some more, Murdock realizes that he is going to need Albert's help. Murdock then calls up Tita to his office in order to introduce Estelle and Joshua to her grandfather, Albert Russell.

When Tita and her grandfather try to scan the Black Orbment and inadvertently causes a small Orbal Shutdown Phenomenon, Murdock becomes plagued by complaints. In a fit of rage, Murdock goes to the Russell's home and enters Albert's lab with the intent of yelling at him. Coming into Albert's lab, Murdock bursts into a fury and blasts Albert with questions, asking "What is going on here!?". Albert and Tita explained what happened and realizing that they were testing the 'Black Orbment,' Murdock forgives the pair. However, he still lectures Albert heavily about his behavior.

The next morning, Murdock comes into the ZCF's 3rd floor workshop during the middle of Albert's experiment, and requests that Albert go to Elmo Village to fix a pump. Albert becomes troubled by this as he wanted to work on the orbment. Though, Murdock offers to send someone else, Albert states that it has to be him because the pump is delicate. When Tita offers to go instead, Murdock becomes concerned about sending her due to the monsters. However, he becomes relieved when Estelle and Joshua offer to escort her there and back and thanks the two saying that he will pay them for their services.

Shocked to find out that Albert was kidnapped, he offers his help and tells them everything that he knows about the men. After Estelle and co. locate Albert inside Leiston Fortress, they go to Mr. Murdock for help. Murdock helps them out by telling them to go to Maintenance Chief Gustav, while he comes up with a plan to sneak them inside. He also helps out by making the preparations for their rescue operation.

After Professor Russell is rescued and goes into hiding, Estelle and Joshua meets with Mr. Murdock at the Bracer Guild and explains what had happened at Leiston. Murdock is relieved and thanks the pair for retrieving the stolen Capel unit and saving Albert Russell. After discussing a bit more on the situation, Murdock leaves to prepare for dealing with the Intelligence Division. He then meets with Kanone Amalthea who drags him off to Grancel for an important banquet with other important heads of state.

Mr. Murdock is next seen again after Estelle and co. enter the palace for winning the Martial Arts Tournament. He meets up with them when they enter one of the rooms and greet him. Murdock is happy to see them and expresses his surprise to see that they have won the tournament. He then explains what happened after they left and informs the pair that Albert, Tita and Agate are still safe.

During the banquet, Murdock enjoys the food and drinks, but then becomes shocked by Duke Dunan's announcement that he has been labelled the next king by the Queen, and that they are planning to find a marriage partner for Princess Klaudia. Murdock requests to see the Queen, but his request is denied. After the banquet, he sets about making plans for the near future. He will also voice his concerns to Estelle, if she visits him afterwards.

Murdock cooperates with Estelle's group when mysterious earthquakes shake the Zeiss region, asking for their assistance and offering the the ZCF's aid. 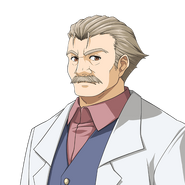 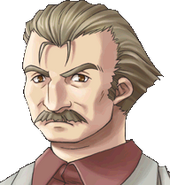 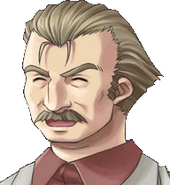 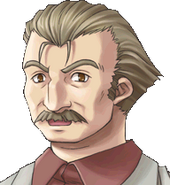 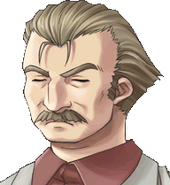 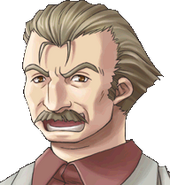 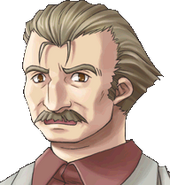 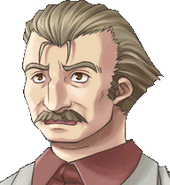