Phillip is an elderly man with gray hair that is neatly combed back, blue eyes and glasses. In his position as attendant to the duke, he wears a blue-black jacket with golden trim over a white dress shirt, a red bowknot tie, and brown trousers. He keeps a neatly folded handkerchief in his top breast pocket.

Phillip is steadfast in his loyalty and service to the Royal Family of Liberl, and unwavering in his resolve to protect them from harm, long after retiring from his official duties as captain of the Royal Guard. Phillip remains reserved and apologetic in his demeanour when serving the Duke, giving his best counsel despite the hedonistic tendencies of his new employer. Phillip expresses his great pride when Dunan exhibits a change in his ways.

Originally the captain of the Royal Guard, Phillip was renowned for his swordsmanship, obtaining the title Demon Commander. He soon became the current aide of Duke Dunan, although he still helped maintain the Royal Guard from time to time.

Phillip is ever by the side of his new employer Duke Dunan von Auslese, following him diligently. He apologises for the Duke's attitude and behaviour.

After the enforcers of Ouroboros decide to attack Grancel and capture Queen Alicia or Princess Klaudia, Phillip decided to lead the Royal Guard into battle. Phillip was impressed with Dunan's speech to repel the bandits, stating that it was the best moment he could've asked for. He then leaped down from the balcony, informing Dunan to retreat should he fall in battle. Dunan insisted on fighting along however.

When the Enforcers Bleublanc, Walter, Luciola and Renne broke through the final gate, Phillip introduced himself to the four. Bleublanc and Luciola were impressed with him, the former stating that the "country was full of surprises". Despite his best efforts, Phillip's old age meant that he could not hold them off for long, the royal personnel being defeated by the time Estelle and her group arrived. Phillip sadly told the group that his age prevented him from fending off the invaders and asked if Duke Dunan was all right. Agate checked and told him that he was simply unconscious, which relived Phillip, before he told the group to head to the royal chambers as he seemingly succumbed to his wounds, though Joshua stated that he was simply unconscious.

As the four Enforcers made their way to the royal chambers, Renne considered Phillip to be a "silly old fool", but was chided by Bleublanc because he had shown his worth through loyalty, which few men could claim. Walter also had some respect for Phillip, as he was the only person the Enforcers had fought so far that was actually worth their time.

A copy of Phillip is created by Phantasma to act as one of the guardians of the Sixth Plane. He apologises for his hostility, explaining that he is compelled to fight and has no choice in the matter. He is eventually defeated however and fades out of existence, unsealing the next area. 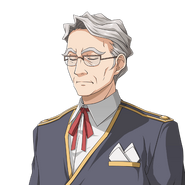 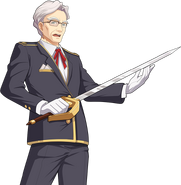 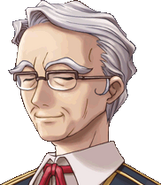 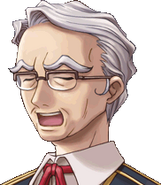 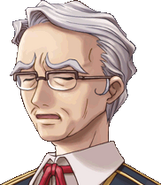 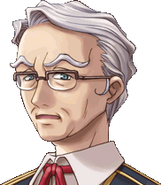 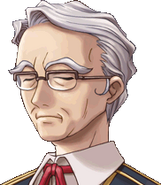