Pleroma Grass is the main ingredient for Gnosis, the nostrum used by the D∴G Cult to realise their ambitions. The grasses grow in abundance on the southern marshlands of Crossbell.

Because the azure colour of normal Pleroma Grass matches the colour of Blue Gnosis, it can be assumed that the vermillion variant is used in the creation of Red Gnosis.

Red Pleroma does not appear until the Finale of Trails to Azure's New Game+, where the cryptid Vermillion appears in the Vermillion Wetlands after defeating the other five hidden monsters.

In Trails of Cold Steel III, Red Pleroma also appears in the catacombs below Heimdallr as well as other areas throughout Erebonia, though the circumstances behind that are still unknown. It is explained by Thomas Lysander that Pleroma Grass is a mana grass from the higher planes. It once served as the eyes and ears of the Sept-Terrion of mirage. Normally, it’s blue, but after the incidents in Crossbell it all vanished. That is, until after Crossbell became part of the empire, at which point it began appearing in this new scarlet shade. During the finale, as the Curse spreads throughout Erebonia, a new Black Blaze Pleroma is introduced as appearing all over Erebonia. 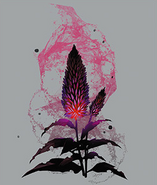 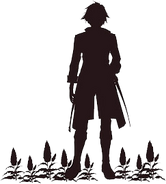