Orbal Baton
v · e
Rais (レイス) is a member of the Raven Gang in Trails in the Sky FC, SC, and the 3rd.

Rais is a young man with brown eyes and red hair of medium length that is slicked to the side. He wears a green shirt, dark trousers, a red sash around his waist and a leather jacket.

At first, Rais has the typical personality of a hot-headed punk. He is very flirtatious and likes to hit on girls.

But, after Estelle and Joshua defeat them at the lighthouse, he carries a different tune. He becomes hard-working and is resolved to get stronger. He stills likes to flirt with the girls though.

Rais was born in Ruan. He joined the Ravens when Agate Crosner first founded it; and was disappointed when he left them.

Rais first appears when he and his buddies start harassing Estelle, Joshua and Kloe in the southern district of Ruan. Mayor Morris Dalmore and his assistant Gilbert Stein quell the situation and Rais and his friends run off.

Rais was brainwashed and placed under the control of Gilbert Stein and the mysterious men in black. After causing some trouble, Rais was arrested by the Royal Army. Rais is next seen when Clem arrives at their base to get revenge for his burned down Mercia Orphanage. After laughing at Clem, Rais watches as one of his friends toss Clem to the ground. As they are about to beat Clem up, Estelle and co. arrive and they proceed to beat Rocco and his friends up. After he and friends are defeated, Agate comes in and gives them further beat down for what they had done.

Rais is later seen again as a participant during the Martial Arts Tournament in Grancel. He and his friends had signed up to right the wrongs that they did and manage to make it to the Quarter-Finals before they are defeated by Zin Vathek and his team. After they are defeated, Rais and his friends give Estelle a key to the sewers beneath Grancel and tell her that she can train there.

After the coup d'etat is over, Rais and his friends are later seen enjoying the Queen's Birthday Celebrations.

Rais is first seen in the Ravens Base having drinks with his buddies and listening to his friends, Deen and Rocco, complain about how they have not gotten stronger despite all of the training they've done. To calm his friends, Rais mentions that people have been saying that the monsters have gotten more dangerous recently. Rais agrees to go for drinks excitedly.

A voice then rings out and Agate and Estelle come in. Agate yells at them and expresses his disappointment over how they are currently acting when their behavior had improved. Rais congratulates Estelle for winning the Martial Arts Tournament. Rais starts panicking when Rocco confronts Agate and starts telling Rocco to stop but they eventually start and lose a fight.

Rais gives the pair of bracers information on Belden, who hasn't come by since he saw the ghost and that he may still be in bed judging by what he has heard. Understanding, Estelle thanks the trio and encourages Agate to go after Belden. Agate agrees and they leave after Agate warns them not to cause any more trouble.

Rais, along with the other two, decides to become a junior bracer They are escorted to the Nebel Valley by Agate for training, where they work together to defeat several ancient monsters and train to become stronger.

A copy of Rais is fought in Phantasma's Sixth Plane in front of the Old Schoolhouse. 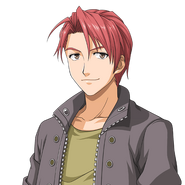 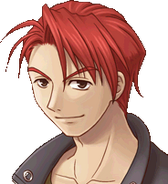 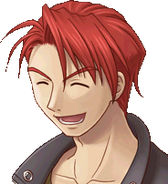 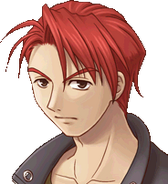 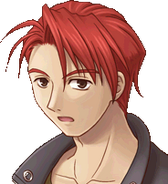 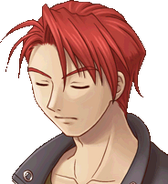 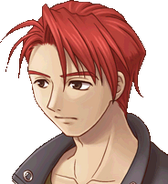 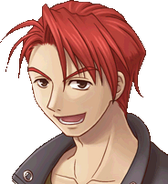 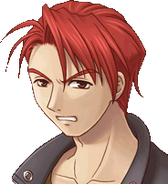