Rocco is a young man with combed back purple hair and a grim expression. He wears the typical uniform of the Raven Gang, a cropped leather jacket with a fanned out collar over a green shirt, black trousers and a red sash tied around his waist. Rocco uses a knife in combat, but changes to a baton upon joining the bracer guild.

At first, Rocco has the personality of a typical hot-headed punk. But, after Estelle and Joshua defeat them at the lighthouse, he carries a different tune. He becomes hard-working and is resolved to get stronger, however Rocco still maintains a stubborn streak.

He is also capable of standing up to Agate, and maintains a fair code of honour with regards to fights.

Rocco was born in Ruan. He joined the Ravens when Agate Crosner first founded it and was disappointed when he left them.

In S.1202, Rocco first appears when he and his buddies start harassing Estelle, Joshua and Kloe. He flirts with Estelle and Kloe and when Joshua intervenes, he threatens to beat Joshua up. Mayor Dalmore and his assistant Gilbert Stein then arrives and when it is made apparent that Estelle and Joshua are Bracers, he and his friends run off.

Rocco is next seen when Clem arrives at their base to get revenge for his burned down Mercia Orphanage. After laughing at Clem, Rocco tosses him to the ground. As they are about to beat Clem up, Estelle and co. arrive and they proceed to beat Rocco and his friends up. After he and friends are defeated, Agate comes in and gives them further beat down for the stuff that they had done.

Rocco is later seen again as a participant during the Martial Arts Tournament in Grancel. He and his friends had signed up to right the wrongs that they did and manage to make it to the Quarter-Finals before they are defeated by Zin Vathek and his team. After they are defeated, Rocco and his friends give Estelle a key to the sewers beneath Grancel and tell her that she can train there.

After the coup d'etat is over, Rocco and his friends are later seen enjoying the Queen's Birthday Celebrations.

Rocco is first seen in the Ravens' base having drinks with his buddies and listening to his friend, Deen, complain about how they have not gotten stronger, despite all of the training they've done. Rocco agrees with Deen and complains about they are having trouble against the weakest monsters on the highway. Rais mentions that people have been saying that the monsters have gotten more dangerous recently and Rocco agrees that he has heard something like that as well.

Rocco then shrugs it off and suggests going for a night on the town. Rais agrees excitedly and he and Rocco decide to go to the Lavantar Casino and Bar which had completely renovated. Deen agrees and suggest that they take advantage of the fact that Carna is gone to stir up some trouble. A voice then rings out and Agate and Estelle come in. Agate yells at them and expresses his disappointment over how they are currently acting when their behavior had improved. Deen shrugs it off and says that they were just joking. Deen then suddenly notices Estelle and Rais corrects him.

After enquiring about the mysterious white ghostly figure appearing in the area, Rocco gets upset and tells Agate, "Where do you get off making demands like that!" He then tells him that he has no right to make demands of them since he'd abandoned them to become a Bracer and ever since he had only come back whenever it was convenient for him. Rocco then tells him to "piss off." Hearing this, Deen and Rais start panicking and starts telling Rocco to stop.

Agate smiles though and states that Rocco is still a prideful son of a gun. He then asks if Rocco wants him to get on his knees and beg. Rocco replies by drawing his knife and invites Agate to fight him and his crew. Deen panics again and Rais tells Rocco to calm down, but Rocco won't relent stating that if Agate really wants to know then he should beat them first. Rocco continues that if they win - Agate will have to stop acting like a puffed up king fish to them.

After the battle, Rocco cringes at his defeat. Agate commends the trio on their effort, but states that they are not putting enough into it. Estelle agrees that they did a good job and suggests that they should become Bracers. Rocco and his friends become surprised by her suggestion. Rocco gets straight to business and tells Estelle and Agate that they are looking for a man called Belden.

Rocco interrupts Estelle's rant about curses and states that he doesn't know, but he does know that he was scared. Agate asks Rocco for where Belden lives and Rocco tells him the address.

Rocco, along with the other two, decides to become a junior bracer They are escorted to the Nebel Valley by Agate for training, where they work together to defeat several ancient monsters and train to become stronger.

A copy of Rocco is fought in Phantasma's Sixth Plane in front of the Old Schoolhouse. 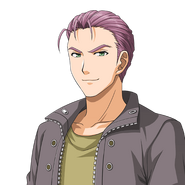 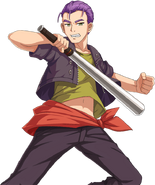 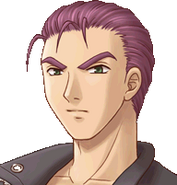 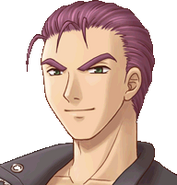 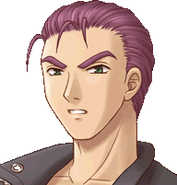 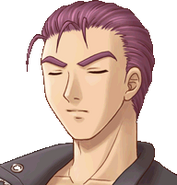 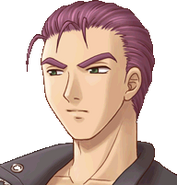 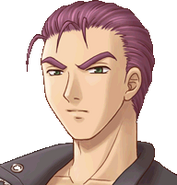 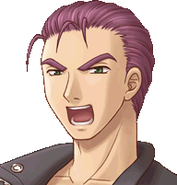 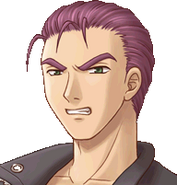