v · e
Rufina Argent (ルフィナ・アルジェント), also known under her alias as Thousand Arms (の), was a Knight of the Gralsritter of the Septian Church.

Rufina's physical appearance is very similar to that of her sister, Ries Argent: long red hair (tied up in a pony tail with a yellow ornament). She is only seen wearing a variant of the uniform of the Gralsritter, a leather long-sleeved top and corset, white shawl and collar and a long blue skirt embellished with black crosses. She wears the pendant of the Church around her neck.

it is unknown what weapon Rufina favoured, but she was proficient enough to have tutored Kevin and Ries in the use of their respective weapons: a crossbow and a Templar sword.

Rufina has been described as heartfelt and sincere, and a lovable person overall. It was her self-sacrificing nature and caring attitude that had such a huge impact on Kevin Graham.

She was the sister of Ries Argent and responsible for bringing Kevin Graham into the Aster House orphanage in the midwestern city of Emerose. Until her death in S.1198, Rufina stayed by the side of her best friend and the Dominion she supported, Ein Selnate.

Rufina was a patient and gentle person, who settled disputes through peace rather than force. Her unparalleled ability to choose the best decision out of a myriad of possibilities earned her the alias of "Thousand Arms". Rufina wielded both a templar sword and a bowgun, with a track record of never having lost a single battle. At one point on time she engaged in a battle with Loewe, who reckoned he had rarely been challenged at that level. Rufina herself described the outcome of the fight as a tie. Her prowess is also recognized by the fact that Ein Selnate never had to resort to her Stigma's power because she had Rufina by her side.

Five years prior to the start of the series, Rufina was seemingly killed in the line of duty during a raid by a jaeger corps on Aster House. In reality, she sacrificed herself in order to save Ries and ease Kevin, whose Stigma awoke during the raid and was unable to distinguish Rufina and Ries from the jaegers.

After the events of Trails in the Sky the 3rd, Kevin Graham submits a request to replace his alias of "Heretic Hunter" with "Thousand-Arm Guardian", as a homage to Rufina. 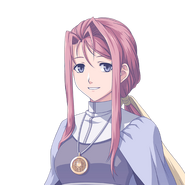 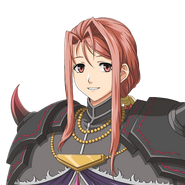 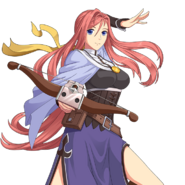 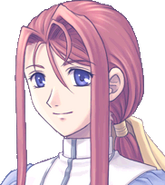 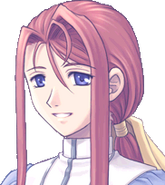 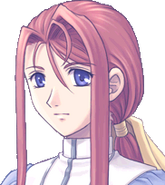 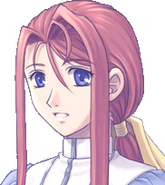 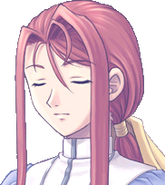 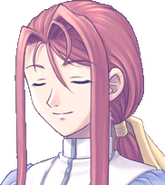 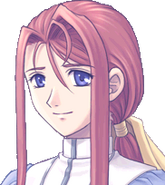 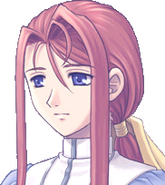 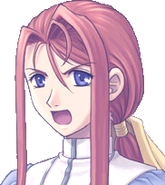 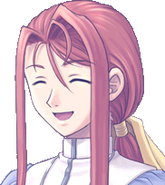 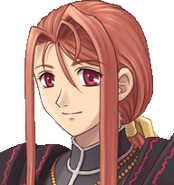 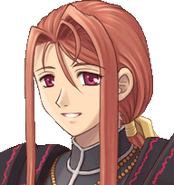 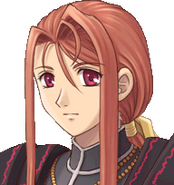 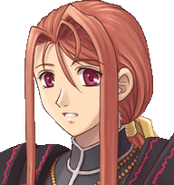 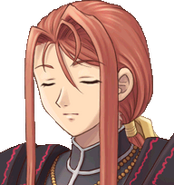 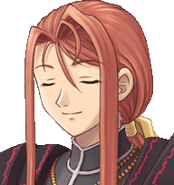 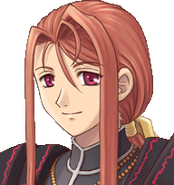