Whilst most of his interactions give the semblance that Samuel Rocksmith is a jovial and amicable gentleman, it is clear he is a master politician, not afraid of extorting smaller nations or manipulating rhetoric to serve the needs of Calvard.

President Rocksmith is described as a raccoon for both his looks and his personality.

Samuel Rocksmith assumed office as 22nd president of the Calvard Republic in S.1196[1], although his popularity had been challenged due to his stance on immigration. President Samuel Rocksmith is considered to represent the populist faction within the Republic government. President Rocksmith is presumably best known for his leniency toward immigration from eastern Zemuria, which has made him a target for anti-immigration extremists and political rivals.

Samuel at one point formed the Rocksmith Agency, recruiting Kilika Rouran from the Liberl Bracer guild to head the new organisation.

Samuel is amongst the visiting dignitaries attending the West Zemuria Trade Conference in Crossbell. He and Giliath Osborne, although representing two countries with bitter rivalries, make short work in manipulating the rhetoric against smaller nations like Crossbell, serving their own countries' needs. It turns out, for protection at the West Zemuria Trade Conference, he had mafia syndicate Heiyue take care of the terrorists that assaulted the Orchis Tower. He also commended the Special Support Section for how they dealt with the D∴G Cult during the Cult Incident in S.1204, re-confirming his position as the leader of Crossbell's suzerain state.

Samuel's soft stance in both immigration and Erebonia's gains would eventually cost him the upcoming election, where he lost to Roy Gramheart. With the remaining time on his term, he appears representing his country onboard the Pantagruel, hoping to avoid a scenario where Erebonia can bring wide-scale destruction to the continent. Under his direction, Calvard joins operation Mille Mirage, the only force capable of holding back the Chancellor's ambitions.

When the meeting comes under attack by the Glorious, Samuel and his attendants fall back to their drop ship and consider calling their nearest air fleet for aid, but the arrival of the Courageous II prevents this.

In the aftermath of the Great War, Samuel is forced by president-elect Roy to demand astronomical remunerations for Erebonia's reckless declaration of war.

Following Roy Gramheart being elected as Calvard's next president, Samuel eventually became a simple farmer in the countryside of Calvard. 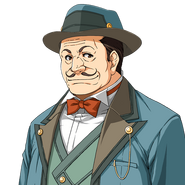 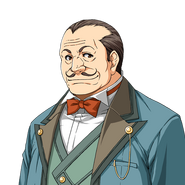 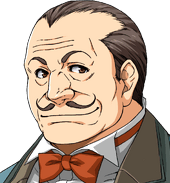 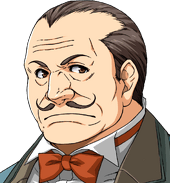 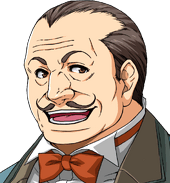 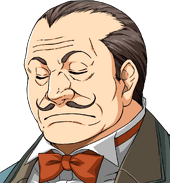 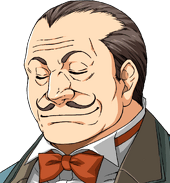 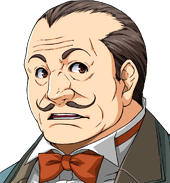 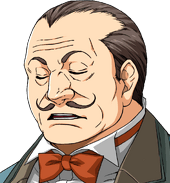 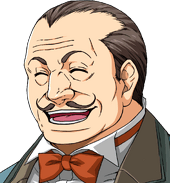