Sonya is a middle-aged woman with dark blue hair and gray eyes, over which she wears half-frame glasses. She wears the uniform of the Crossbell Guardian Force, a skirt suit in black and dark grey with a red tie, tights and heeled shoes.

Sonya embodies the perfect persona of a high-ranking military official. She is strict, punctual, calm and sharp. Randy acknowledges her as a frighteningly efficient officer.

Sonya oversees military operations at Tangram Gate in Trails from Zero. As the commander directly in charge of Noel Seeker, Sonya and Noel are often seen working together during scenes in both Trails from/to Zero and Azure. Sonya also coordinates Crossbell security operations with Sergei Lou which causes both her and Noel to get involved with the Special Support Section and their missions.

It is revealed that Sonya was the one who recommended Randy Orlando to the SSS.

After the Cult Incident, Preston was discharged as commander and Sonya was promoted in his place. She was the driving force in getting the Crossbell Guardian Force into top form during this period.

After the declaration of the Independent State of Crossbell, Sonya's rank was transferred to commander of the newly created Crossbell Defense Force. When chairman Henry MacDowell declared the independence as illegitimate and meeting with Lloyd and the SSS, Sonya decided to take a neutral stance which would allow her to act in Crossbell's best interests by assessing all sides of the situation before exerting any military force.

Sonya is mentioned by Randy as someone who was forced to join Crossbells military under erebonian thumb. later, she is mentioned as being at the head of the Crossbell resistance efforts acting in Operating Mille Mirage.

Sonya visits Crossbell City to see security preparations for the re-independence signing ceremony. nd wonders if Noel Seeker if more lively when working with the SSS. She gets into a small tiff with Sergei Lou.

Sonya takes charge of the resistance efforts when Supreme Leader Rufus Albarea takes over the city. She is mentioned to be heading up an operation against the Black Guard when the Twilight Dancer and more forces arrive and pin her down in the Moon Temple, requiring her allies to mount an operation to free her. Lloyd's group hastens to actions, being joined by Estelle Bright. Sonya's mention are taken control of by the Twilight dancer and turned on Sonya, but the party arrives to face her and successfully save her.

Sonya is then involved in the operation to retake the city, and then the following battle against the automated Zauber Soldats on Lake Elm when Reverse Babel reveals itself. She fights from onboard on of the ferries. 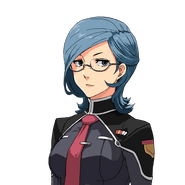 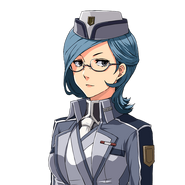 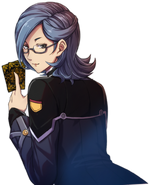