Sophia a woman with bright red hair and blue eyes. She wears a elaborate purple and pink dress with long puffed sleeves and a ruffled under layer. She wears a metal choker around her neck.

Sophia's life has been full of hardship, and the loss of their firstborn weighed heavily on her mind. She treats their second child with utmost adoration and love, but never forgetting about the terrible thing they had to do.

Sophia lives with her husband Harold and son Colin in the Residential Street in Crossbell City. Since her husband is travelling a lot for his work, she's often the one looking after Colin. Sophia is a kind and pious woman.

Before Colin, however, Harold and Sophia had another child: Renne, born in S.1192. Harold had just started working as a merchant. The aggressive growth of Crossbell's trading market, however, made it impossible for him to run an honest business and he ended up with enormous debts. They ran from the creditors, taking Renne with them. At one point, they feared that the mafia would hunt them down and decided to temporarily entrust Renne to an old, trustworthy friend living in Calvard until her parents had paid off all their debts.

When their situation improved, they went to Calvard to pick up Renne again and found their friend's house burnt down. Arsons and organised burglaries were common in Calvard during the mid S.1190s and authorities were late to arrive in the remote region. Autopsy reports concluded that all inhabitants of the house had died.

Devastated that they had lost their daughter, they lost their will to live and considered committing joint-suicide. Around that time they discovered that Sophia was pregnant with Colin, which reinvigorated their willpower to live and continue their life as honest traders. Although Colin brought them happiness, they continued to live burdened by the sin of abandoning their daughter.

Although Sophia does not appear in person, a puppet recreation is used by Renne to 'escort' her around Liberl without arising suspicion. This imitation is disposed of once the need for cover has passed, and is thrown off a building where it collapses in pieces upon the floor.

After Colin goes missing, Sophia and Harold enlist the aid of the Special Support Section to find him. With the help of a Mysterious girl with Harold's hair colour, Colin is safely recovered. It is suggested the couple know the true identity of the girl, but they are unable to confirm their suspicions.

Sophia had a party with her family to celebrate Harold's business starting up again. After Colin goes missing at Mishelam Wonderland, Sophia asks the SSS to help find him. He had been apparently chatting with Renne who had told him lots about her family.

Sophia and the Hayworths are helped out of the city to Mainz after Supreme Leader Rufus Albarea takes over the state. They survive on rations but otherwise make it safely.

A Simulacrum of Sophia is used to attack Renne in the Doll Studio. It is swiftly disposed of. 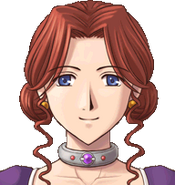 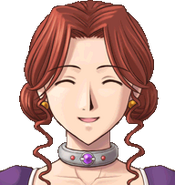 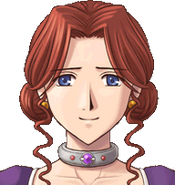 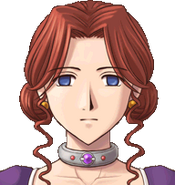 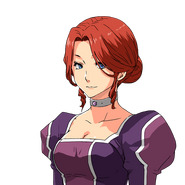 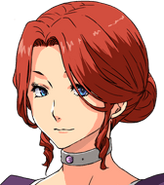 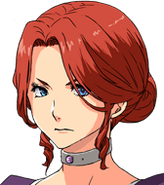 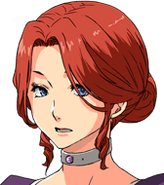 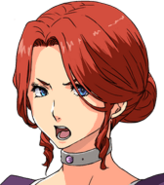 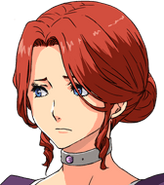 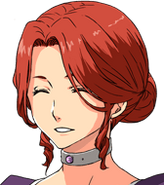 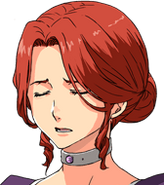