Hazel
v · e
Theresa (テレサ) is the matron of Mercia Orphanage in Ruan.

Theresa is an adult woman with dark green hair and brown eyes. She wears a long-sleeved yellow top with puffed sleeves and a brown scarf, a purple skirt with an orange edge and a white and blue apron with a red sash around her waist. She also wears tights and brown shoes.

Theresa is a very quite and compassionate individual, with a generous and welcoming spirit. She is hugely appreciative of all the efforts others go to for her. To her, memories are precious. She approaches every situation calmly but can be stern when the time calls for it.

Theresa took Kloe Rinz in during the Hundred Days War when she was separated from her family, and is a mother figure to her. Theresa and her husband, Joseph, treated Kloe as if she was their own daughter, and let her stay with them when they were unable to locate Kloe's family.

Joseph died several years before the starts of the series, and Theresa has managed to keep it running by herself. Kloe has a strong emotional attachment to the orphanage, and comes by often to help Theresa.

Matron Theresa takes care of Polly, Clem, Mary and Daniel in the Mercia orphanage. She is first introduced when Estelle and Joshua track Clem down to the orphanage and Theresa asks him to give back the Bracer Emblem he stole.

Theresa has been offered to move to alternate accommodation but her memories and attachment to the orphanage prevent her from accepting the offer. Theresa is devastated by the fire which burns the orphanage down, and takes the children to Manoria. During their escape from said fire, Leonhardt intervenes to get them out and call for assistance, but leaves without his identity being revealed. Theresa is worried about paying for the cost of a new building.

After the funds from the Jenis Royal Academy play Madrigal of the White Magnolia are donated to the orphanage to be rebuilt, Theresa is brought to tears in appreciation. She attend the performance with the orphans. on the way back, they and their escort Carna are ambushed and the money stolen. When the culprits are ultimately detained, the orphanage can finally be rebuilt.

Estelle and her party visit the rebuilt orphanage in search of Polly who saw the white shadow. Theresa is once again present. During the Orbal Shutdown Phenomenon, she took the children to Manoria Village for safety.

Matron Theresa is present at the party that the children organise for her, presenting her with a gift they all worked together to obtain. 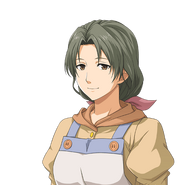 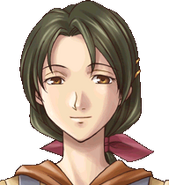 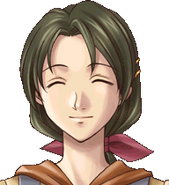 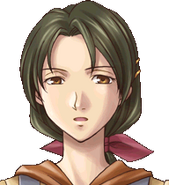 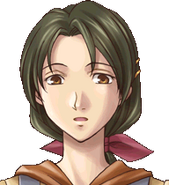 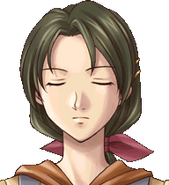 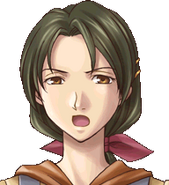 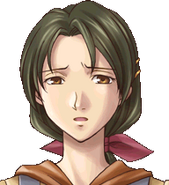 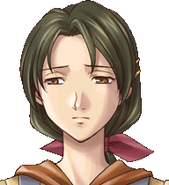 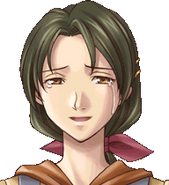