"Arise, O youth, and become the foundation of the world"

Thors Military Academy was founded by Emperor Dreichels Reise Arnor in S.985. The school's aim is to prepare its military students to fulfill Emperor Dreichels's famous mandate: "Arise, O youth, and become the foundation of the world."

The current principal of Thors is Principal Vandyck, a former general of the Imperial Army. The board of directors consists of one chairman and three directors. The current chairman is Imperial prince Olivert Reise Arnor, and the three directors are Rufus Albarea, Carl Regnitz, and Irina Reinford. Despite their own individual positions and views, they are all directly involved in the academy's administration.

In S.1204, the board of directors launched a new initiative to break the tradition of separating nobles (Class I and II) and commoners (Class III, IV and V), in different groups, through the social experiment referred to as Class VII. Class VII would also be made responsible for the testing of the ARCUS combat orbment, along with the newly developed orbal staff. This becomes the focal point in Trails of Cold Steel.

Thors Military Academy serves as the primary setting, where Class VII met and learn before heading out on field studies. In between these studies, Class VII investigate the mysteries of the Old Schoolhouse which seems to change and deepen with each passing month.

In the evening of the first day of the Academy Festival, Class VII are having a meeting when the clock on the schoolhouse strikes 1:00AM, and a mysterious bell starts ringing throughout the campus. Class VII goes to investigate the mysterious, ominous glow, realizing it's the same glow that covered Lohengrin Castle. Rean and company enter the schoolhouse before reaching the final floor and a portal into a phase space: the Realm of the Great Shadow. Within, the party ultimately fights with Loa Erebonius, a shadow of the Great One. After successfully defeating the Erebonius, an enormous illusion appears before unveiling at the floor's end, a giant silver figure lying dormant.

As the whole student body reacts to the news of the chancellor's assassination, the academy and Trista is suddenly assaulted by the Imperial Liberation Front with V and S in their new Panzer Soldat units. After losing to Scarlet, Rean is able to summon Valimar from the Old Schoolhouse and gain the upper hand. Victory is short lived however as Crow arrives piloting another Divine knight, Ordine, who swiftly wins due to experience. As events started to worsen, Celine commands Valimar to retreat with Rean while the rest of Class VII fend off Ordine, despite Rean's protests.

Towards the end of the October War, Class VII resolve to retake the academy as the Noble Alliance's forces withdraw to secure Heimdallr. After facing down the Order of the Lion, a force comprised of Noble students and their retainers, the prestigious academy is soon liberated.

After the Civil War ends, life resumes back to normal back at the Academy. After Rean arrives back from Crossbell, he adjusts back to school life before the Civil War began while considering about his future after graduation. Valimar and Rean notice that something has cropped up in the Old Schoolhouse just before the end of term and as their final act before they disband, Class VII and their allies investigate the appearance of the Reverie Corridor.

On March 25th; Class VII disbands after all its members graduate and go their separate ways.

Although the academy is not visited in these two games, some of the academy staff were replaced. Vandyck was the only one who was confirmed to have been replaced at the time.

The academy is not visited in this game, but following Cedric's involvement in the war, the academy elected to reform itself, cancelling the annual Academy Festival.

With the Academy's foundation, the educational system heavily reflects on Erebonian tradition before undergoing the the merge of accepting Imperial commoners and possibly abroad students. Home Economics being mandatory for only the female students is an example of these traditions. Orbal computing was taken on by the male students.

Written exams aside, the Thors Academy hold mandatory Practical Exams by the end of the month to test the student's strength, stamina, adaptability, and the ability to assess strategic decision in all combat situations. The exams take place on the Academy's field.

A variety of extra curricular activities are also made available through clubs. The known examples include:

Following the enrollment of Cedric Reise Arnor, several changes were made to the curriculum including the start of a new subject: Panzer Soldat training, and the abolition of student clubs. Eventually the clubs were reinstated. In S.1206, the Panzer Soldat curriculum was changed to Zauber Soldats, although this was quickly reverted following the end of the Great War.

Every year, the student council is in charge of organizing an Academy Festival, which allows visitors to come and witness the various curriculum activities and facilities the Academy has to offer.

Thors Military Academy has a distinguished history with many significant figures receiving education within its halls. Such individuals include:

This is a list of rewards that can be obtained in Trails of Cold Steel I, II, III, and IV for accumulating AP (Academic Points) for completing quests and certain conditions.

This is a list of rewards that can be obtained in Trails of Cold Steel II for accumulating AP (Academic Points) for completing quests and certain conditions. 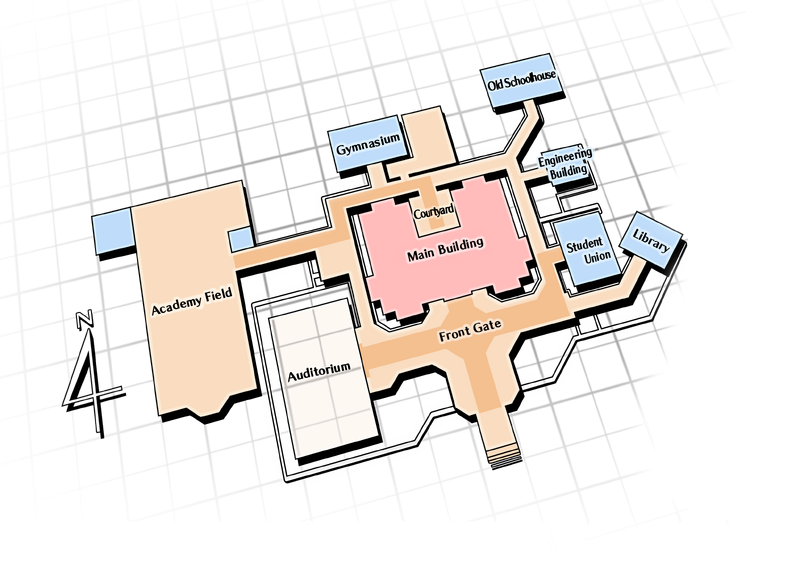 Concept art of the campus 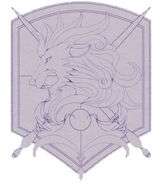