Co-developed by Black Workshop and Reinford Group, the Zauber Soldats are humanoid weapons combining elements from regular Soldats and Magic Knights and were completed around July, S.1206. They are primarily used by Erebonia's Imperial Defense Force. They are the successors of Panzer Soldats, having replaced them in the Thors Military Academy curriculum upon introduction.

By using mana, the Zauber Soldats are capable of using magical powers. Apart from Leviathan units, which are fully automated, Zauber Soldats are semi-automated; they still need to be piloted like their Panzer counterparts, but particularly skilled operators are capable of "linking" to idle units, allowing them to control additional units from their own unit. They can also be fully automated, but this has seen very little use.[1]. Piloting a Zauber Soldat causes mental deterioration over time, making them more susceptible to the Erebonian Curse during S.1206.

The remnants of the Imperial Defense Force, Rufus' personal guard, deploy a formerly discarded Asmodine unit against the Special Support Section before they are ousted from the city. During Supreme Leader Rufus Albarea's takeover of the city, his Black Guard utilise Helmode units, improvements over the last generation of Zauber Soldats, manufactured by Elysium.

Elysium also produced autonomous, enhanced Asmodine units, deploying them, alongside other archaisms in its defence of Reverse Babel. 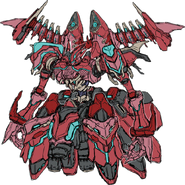 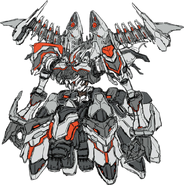